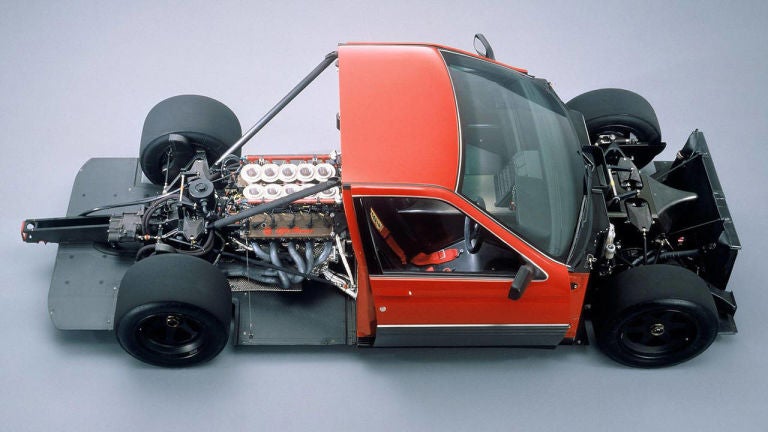 What do you get when you take an Alfa Romeo 164, a V-10 Formula One engine, a wing, and a few Italian engineers with a sense of humor? The 164 Procar, of course. What's Procar? Well, the BMW M1 Procar Championship was a one-make spec racing series from 1979, during which, it served as one of the Formula One season's support races. It was intended by BMW as a stepping stone while its cars could be prepared and tested for potential entry into Group 4 racing. For its second and final season, in 1980, the race organizers partially divorced from the F1 calendar, with one third of the season's races taking place at events that were not a Formula One Grand Prix. However, following the homologation of the BMW M1 into Group 4, which required 400 road-going examples of a car to be sold to grant entry, the Procar series was canned.

So, how does an Alfa Romeo 164 relate to a defunct spec series run by BMW nearly a decade prior? Well, in 1988, the owners of the Brabham Formula One Team, Motor Racing Developments, were sold to Italian car marque Alfa Romeo. Alfa Romeo wanted to give the Procar series a second chance, so it contracted its new subsidiary Brabham to prepare a prototype car—complete with bodywork meant to make the car look like a standard roadgoing 164 sedan and a mid-mounted V-10 engine, which remains the only V-10 ever manufactured by Alfa Romeo.

The intent was for the 164 Procar to revive the spec series as a support racing series, like its predecessor. But other manufacturers were unwilling to build the cars, as the BMW Procar championship relied on a small handful of non-factory teams to prepare vehicles. Ultimately, this became the series' undoing, and only the Alfa was produced.

Though the two cars were never raced, one was demonstrated at Monza in 1988, though little footage of the event exists today. The 164 Procar will have to settle for being an intriguing footnote in the history of motorsport.