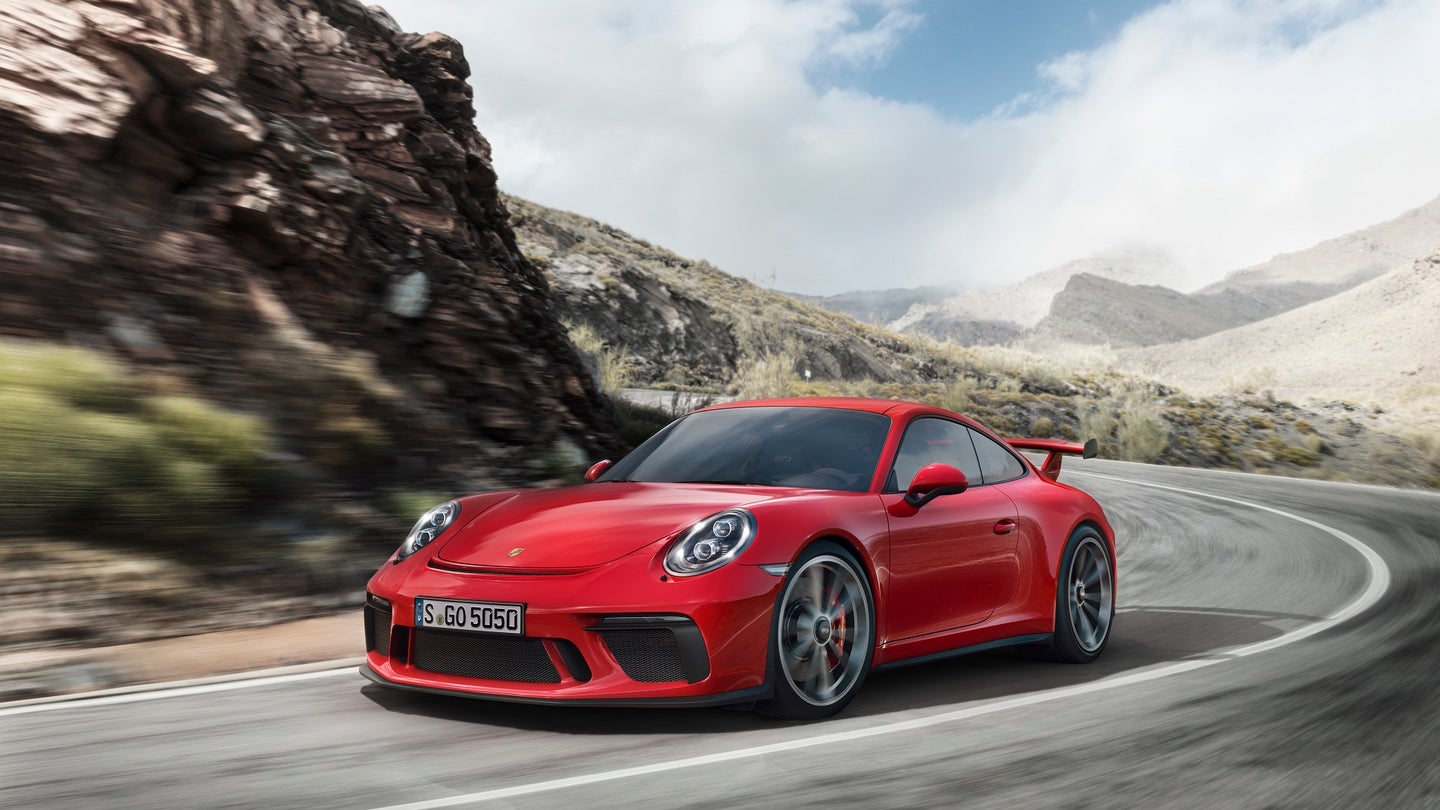 We've spent some time with Porsche's Andreas Preuninger, and in that time we gave him the unofficial title of 'Porsche head of awesome cars division". Officially, he's the head of Porsche's GT cars department, which is responsible for the brilliant GT2/GT3/GT4 and 911R models over the last several years. He's about as enthusiastic about the cars he presides over as anyone can possibly be at Porsche. He gets a kick out of seeing people enjoy his cars, and he is constantly working to provide a more driver-focussed experience. And he's not one to mince words.

When AutoGuide spoke to Preuninger at the New York Auto Show, they asked him about the new manual transmission GT3 and how it might be perceived by 911R owners. You see, the 911R was made essentially as a direct result of customers whining at the GT3 being only available with a PDK transmission. Porsche built a GT3 RS without fancy aero and with a 6-speed stick shift and sold it as the limited production 911R. Preuninger's manual transmission 911R and Cayman GT4 were instant sales successes, and proved the point that customers would buy a GT3 with a stick as well. When the new  GT3 model launched, it proved to be essentially a 911R with a wing on its butt.

This is what Andreas had to say about their concerns.

“I’m relatively sure some people who have the R will also buy the GT3 with the manual transmission as a daily driver. Because the R is hyped so much, it has tripled its value, which is astonishing and almost frightening. That wasn’t the intention. If you have a car like the R, you might shy away from driving it. My cars are built for getting driven and I don’t want them standing around in dark garages collecting dust.”