Another New Porsche To Bow At Geneva Auto Show, But What Is It?

Porsche has teased a new “motorsport-derived two-seater”, so is it the Cayman GT4 RS, or something else entirely? 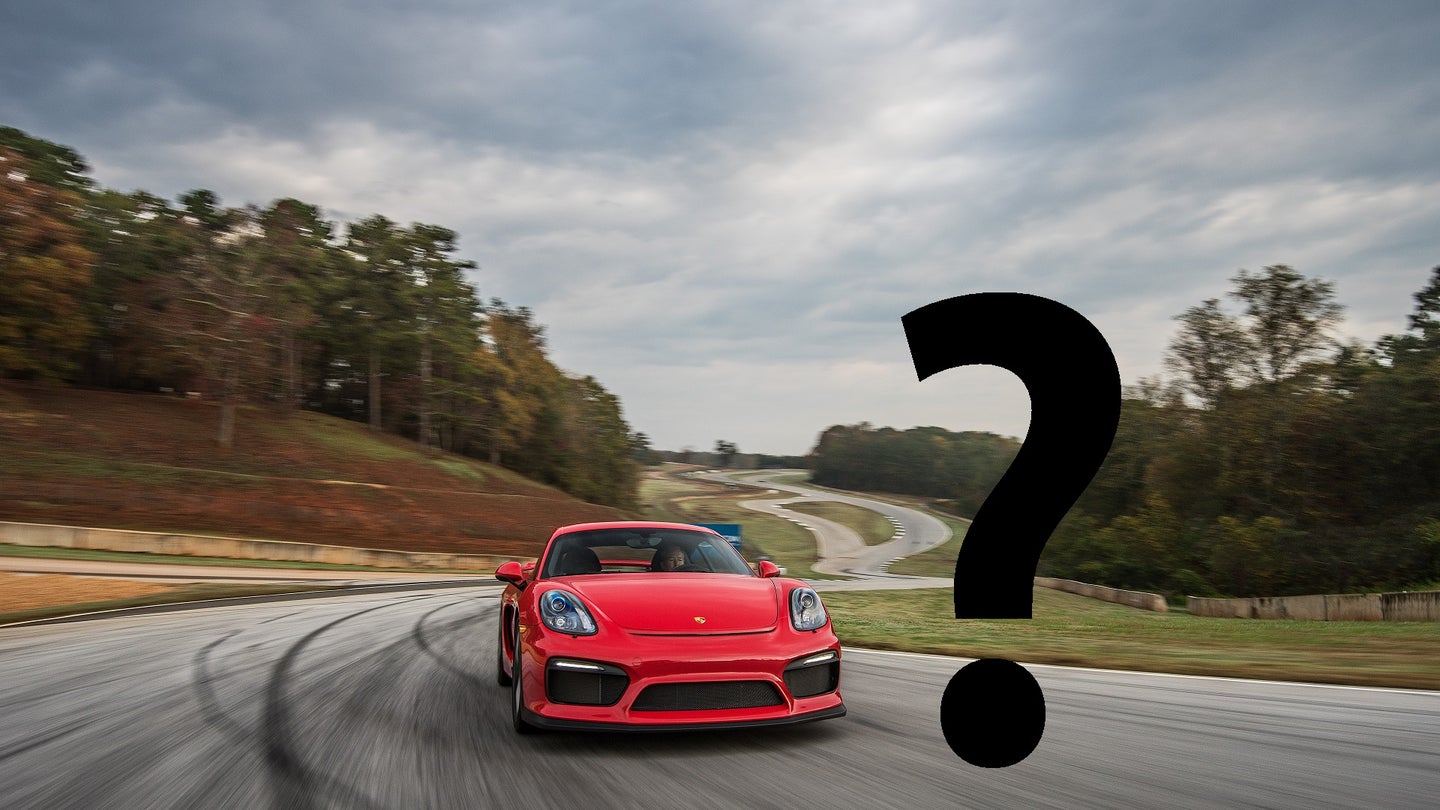 By now we've already seen the new Panamera variants scheduled to be arriving at the Geneva show, both the new wagon-shaped Sport Turismo, and the insane hybrid-powered turbocharged super sedan Panamera Turbo S E-Hybrid. Both of those cars are extremely exciting for Porsche fanatics like ourselves, but this morning Porsche teased a third debutante model for Geneva, one that nobody expected we'd see, at least so soon. Buried in an otherwise unexciting press release, Porsche put just one sentence that really perked up our spirits. "Power as passion is a key feature of the third world premiere in the form of a motorsport-derived two-seater, which creates an intensive connection between everyday driving and the racetrack." Obviously, that's no Panamera variant.

The wording of that sentence is so important, Porsche doesn't use words by accident. Many people will jump immediately to the conclusion that this sentence confirms their Cayman GT4 RS suspicions, but I think it might be something else, as an RS upgraded Cayman would likely not be described as "an intensive connection between everyday driving and the racetrack". Even the most masochistic among us would have a hard time driving any Porsche RS model on a daily basis.

Furthermore, 'motorsport-derived' can mean a lot of things in Porsche-land these days, as they currently race a total of five distinctly different race cars, with three different variants of 911 [the mid-engine RSR, the FIA GT3-spec GT3 R, and the one-make-series GT3 Cup], as well as the 919 Hybrid LMP1, and the Cayman GT4 MR. Which of these could this new model be 'derived' from?

The further clue here is the fact that it's a two-seat car. Of course, this could be a two-seat 911 variant in the same vein as a GT3/GT2/911R. In fact, there are reports of a GT2 having been seen testing recently. Likewise, the alleged GT4 RS would fit this part of the description, but it must be something else entirely. As it happens, I think this might be a new Porsche we've never seen before. There have been rumors for ages that Porsche is developing a new mid-engine platform to take the fight directly to McLaren, Ferrari, and Lamborghini. It's all speculation at this point, but a 919-inspired motorsport-derived hybrid super-sports car would fit in the image that Porsche is currently trying to build for themselves.

What do you think this new daily-useable motorsport-derived two-seater car is? Let us know in the comments.

Was the Porsche Cayman GT4 RS With a 4.0-Liter Engine Leaked by a Dealership?

An Australian dealership appears to have posted confirmation of the 911 GT3 RS-engined Cayman on Instagram. But we’re skeptical.