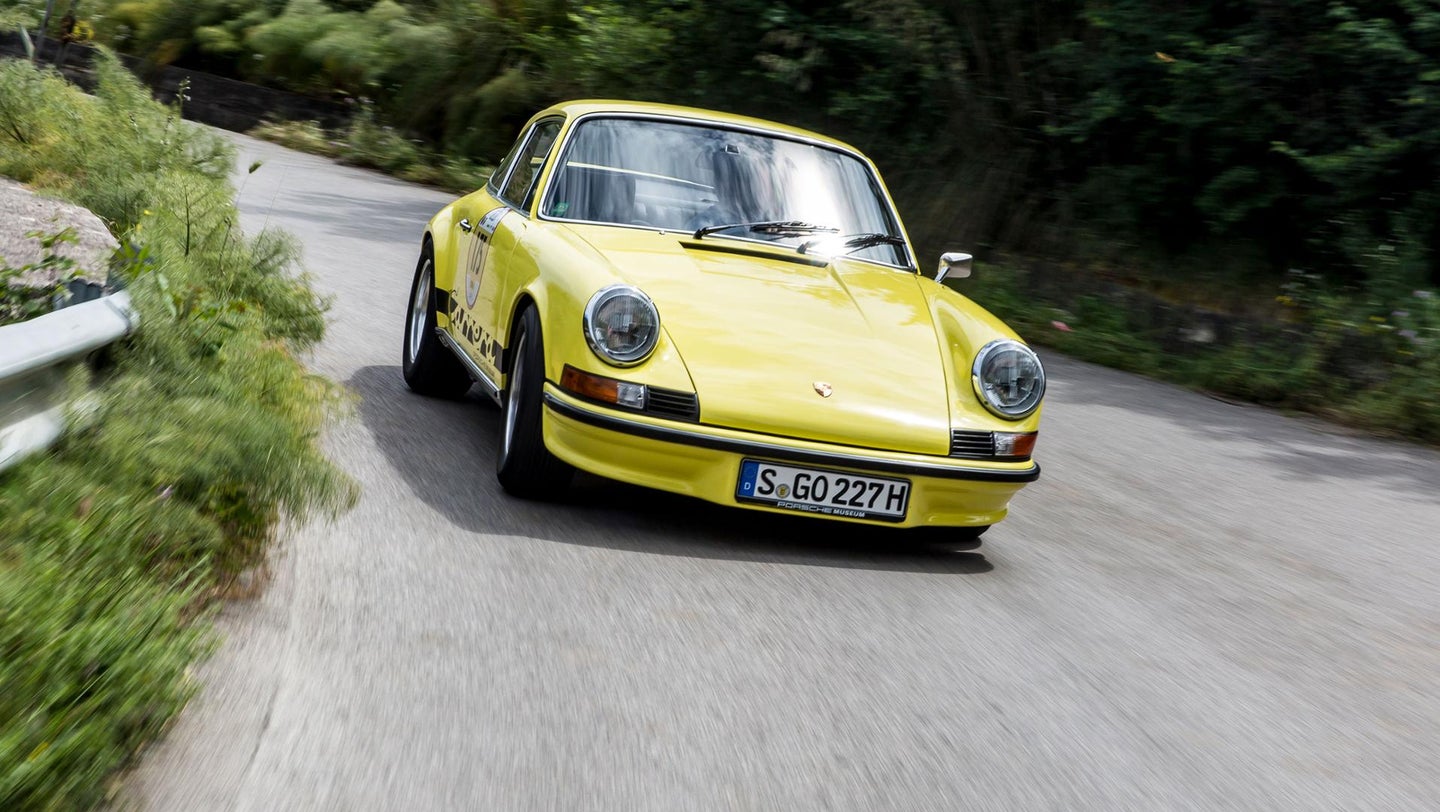 As we found out in January, Turn 10 has been working on a Porsche pack for their Forza Horizon 3 game, which dropped today. Back when we first heard of the project, there were as many as 18 Porsche models added to the list of Forza cars. As it happens that isn't quite the case, as the new pack includes just seven Porsches, including the 550A Spyder, 718 RS 60 Spyder, 911 Carrera RS 2.7, 993 GT2, Cayman GT4, 991 GT3 RS, and the new Panamera Turbo. Whether those additional 11 cars ever get added to the game, we aren't sure, but many of them were included in previous iterations of the game, so Turn 10 already has the modeling for them if they wish to plug that in.

As part of the Porsche Pack announcement today, Porsche and Microsoft more significantly announced a partnership deal that will see the two iconic companies working together on future racing games, including Forza Motorsport and Forza Horizon franchise titles, as well as an eSports virtual racing championship. That second part is what really excites us, as the field of eSports is currently booming, and it's a great opportunity to get motorsport interest growing through gaming. The newly launched "Forza Racing Championship" will make use of Forza Motorsport 6 (which already had a Porsche car pack, launched last year), and will pit online players against each other virtually in a strictly regimented championship format. Included in the ForzaRC will be a Porsche-specific championship. You can register for the racing series online starting now, and qualification rounds will begin on May 1st.

“By having Microsoft as our partner, we have the opportunity to take the pleasure of driving a Porsche and making it an experience in the virtual world”, says Detlev von Platen, Executive Board Member at Porsche AG. “Racing games and eSports connect the real and virtual worlds and enable us to gain further access to the young target group. It means that they can develop a passion for Porsche even before buying their first sports car”.

What Is The Best Forza Car Livery?

Any list has to start with legendary designer PolizeiYT