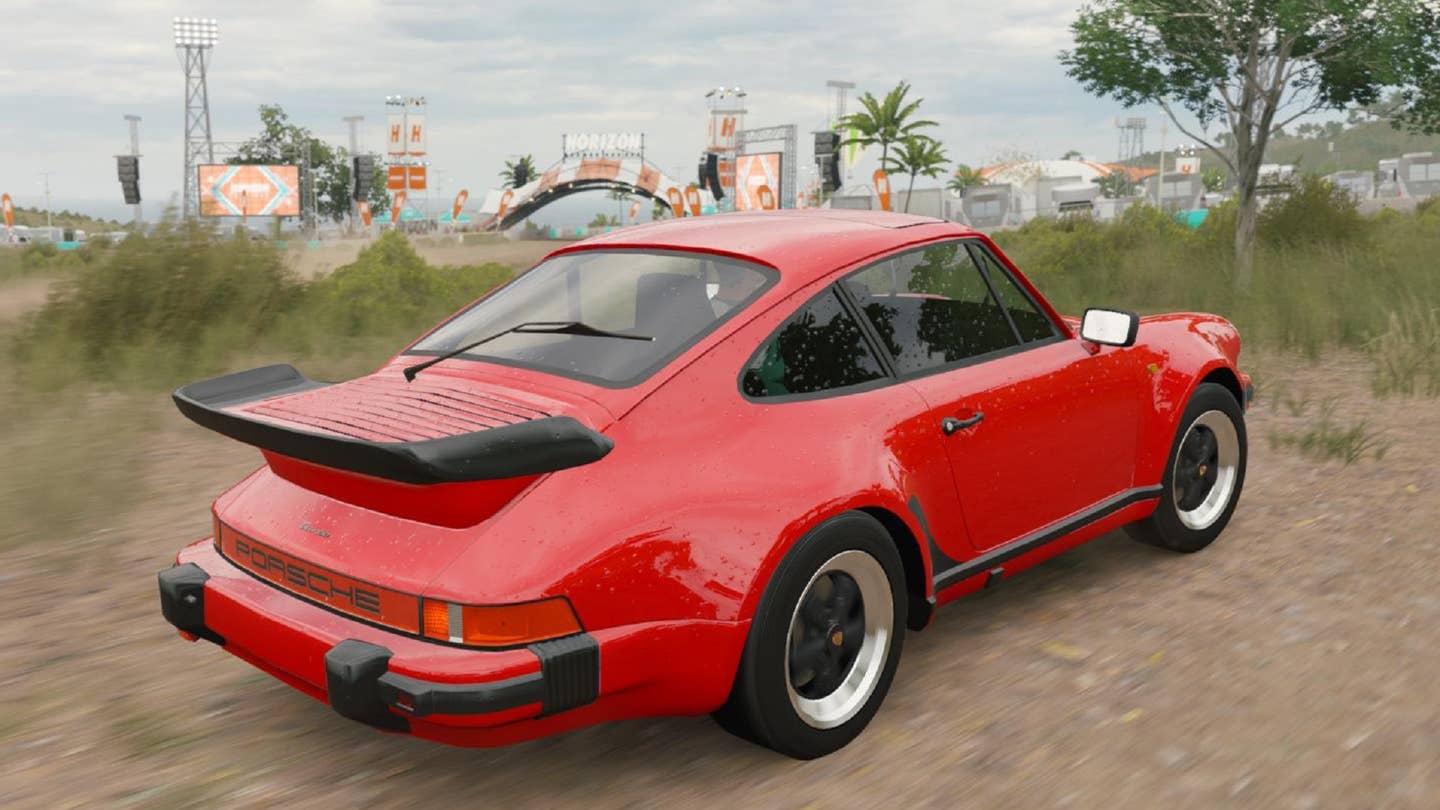 Some PC gamers downloading the update to Forza Horizon 3 earlier this week got a few more files than they expected when a 53 GB unencrypted 'developer build' of the game was added to their hard drive. This download revealed a whole bunch of as-yet-unannounced playable vehicles, and had the unintended side-effect of buggy gameplay and screwed up game save files. Within that gameplay, some gamers found a few new Porsches that could be selected from the now much larger cars file. In addition to new cars like Aston Martin's DB11 and a 1932 Ford De-Luxe Three Window Coupe, a whole bunch of Porsche models were available to drive.

Now that Porsche's agreement with EA Games has come to an end, Turn 10 and Porsche are able to join together once again with a potential Porsche Cars Pack, as has been done in a number of Forza titles in recent history. The Porsches encountered in the download are essentially the same list of cars that were available in Forza Horizon 2, but it is possible that more may be coming. The idea of putting a 917 Le Mans winner on a tall suspension with tons of travel and big off-road tires sure makes me giggle. I look forward to playing this if the Porsches do in fact come to fruition. Below is the complete list of Porsche vehicles found so far by gamer 'willbsn13' on the neogaf.com forum.

This all sounds great for the downloaded files, but there is a problem with the code in that it corrupts your save files if you save a new game with the improper downloaded build of the game. Below is the statement issued by Brian Ekberg, Forza Community Manager regarding the download.

- The incorrect PC version of FH3 has now been removed and replaced. PC players who have the FH3 version ending with .37.2 should immediately uninstall that version of the game, then re-install. The correct playable version should end in .35.2.

- NOTE: PC players who completed the download of .37.2 and then started a new game save will have a corrupted saved game. Avoid creating a new saved game on .37.2, and only play on .35.2 to avoid this issue. As long as you have an existing save and have not created a new one on .37.2, your saved game will work correctly once the update is available.

You Can Now Drift This 1,050-hp Mercedes Race Truck in Forza

Also a 1957 BMW Isetta. The Select Car Pack has arrived.