Despite a decent take-rate in the refreshed 911 GT3, don’t count on a manual to be offered with the RS version. 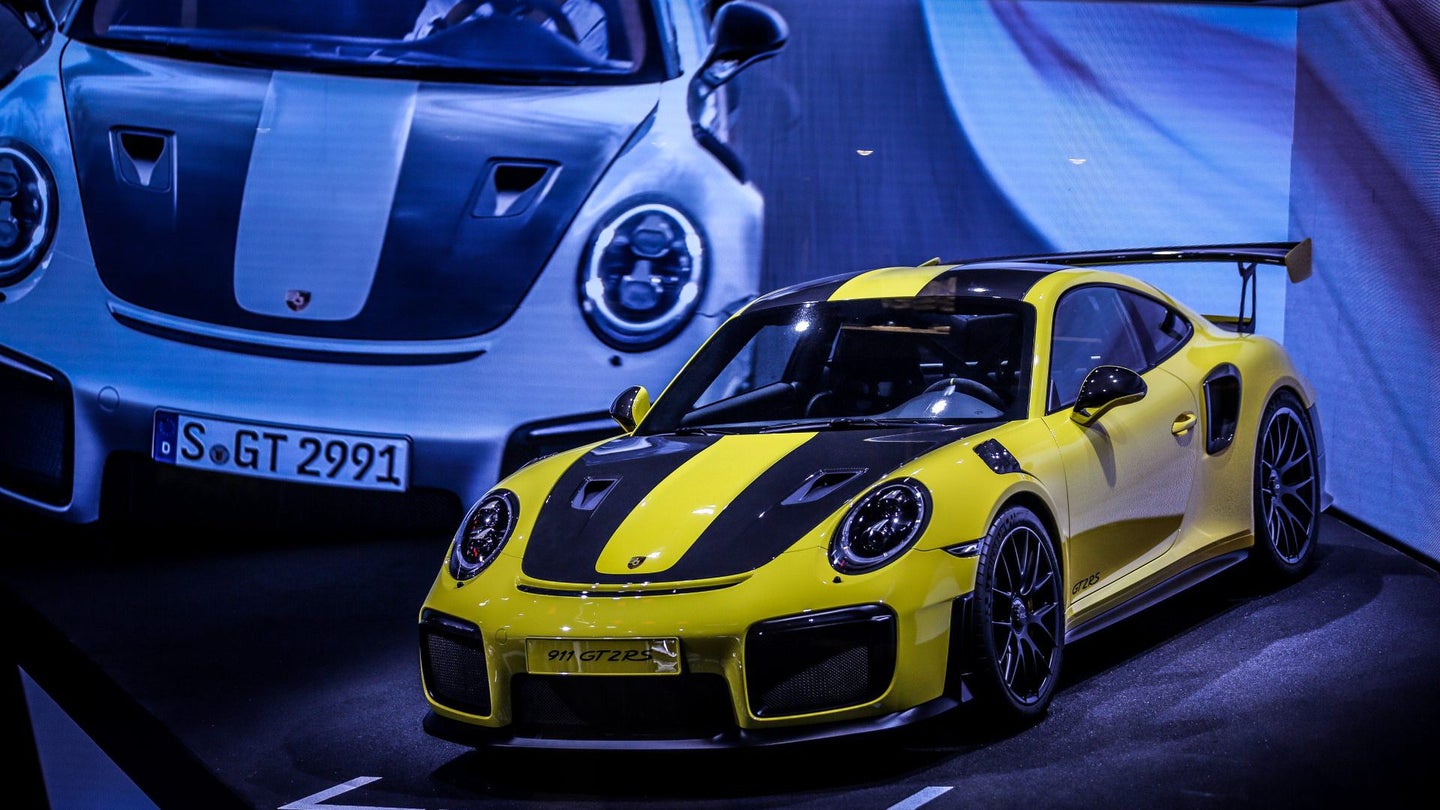 Spurred on by the critical and notorious financial success of the manual-only 911 R, Porsche has given the latest incarnation of the 911 GT3 its clutch pedal back, a move that's been well-received, according to a report from CarAdvice. Despite this, the storied sports car maker says that its most hardcore offerings, the RS models, will remain PDK-exclusive affairs.

Speaking to the Australian publication, Porsche GT boss Andreas Preuninger says that the risk it took bringing back the six-speed GT3 has been rewarding, quoting a current take-rate that met internal expectations.

"We were having bets about how many we would sell," says Preuninger. "And we recognized the risk that the demand might not be as strong as we hoped. But I can say that it has been a success, it meets our expectation for what the share would be. You shouldn’t forget that when you offer something new, there’s a big demand at first, and that can fall away, but I think we’ll end up at around a 30 percent share for the manual transmission, although obviously, that varies in different markets."

Despite this, don't count on the ability to swap your own cogs to come to the firm's most hardcore RS offerings anytime soon. "RS means Renn Sport, which means it has to be quick on the track, that it’s all about fast times on the track, and that means the PDK," Preuninger told CarAdvice. I'm no Porsche marketing analyst, but aren't there Porsche owners out there who like to track their cars just for the fun of it?

Anywho, the Porsche GT boss goes on to say that the overlap between "track rats" and those who demand three pedals is not big enough to justify fitting a stick to stuff like the new GT2 RS.

"The PDK has advantages on the track that can’t be beaten by a manual, and the ones who prefer the manual transmission are not typically the track rats as we call them, but they are those who like to enjoy their cars on the normal public roads. I would say a GT2 RS with a manual option would have a four or five percent share of the market, we couldn’t justify that."

Slight bummer, but it's not like Porsche fans looking to row their own gears are wanting for choice these days. In addition to the new GT3, the recently revealed Carrera T and upcoming 718 Cayman GT4 are both expected to come with manuals if you so choose.