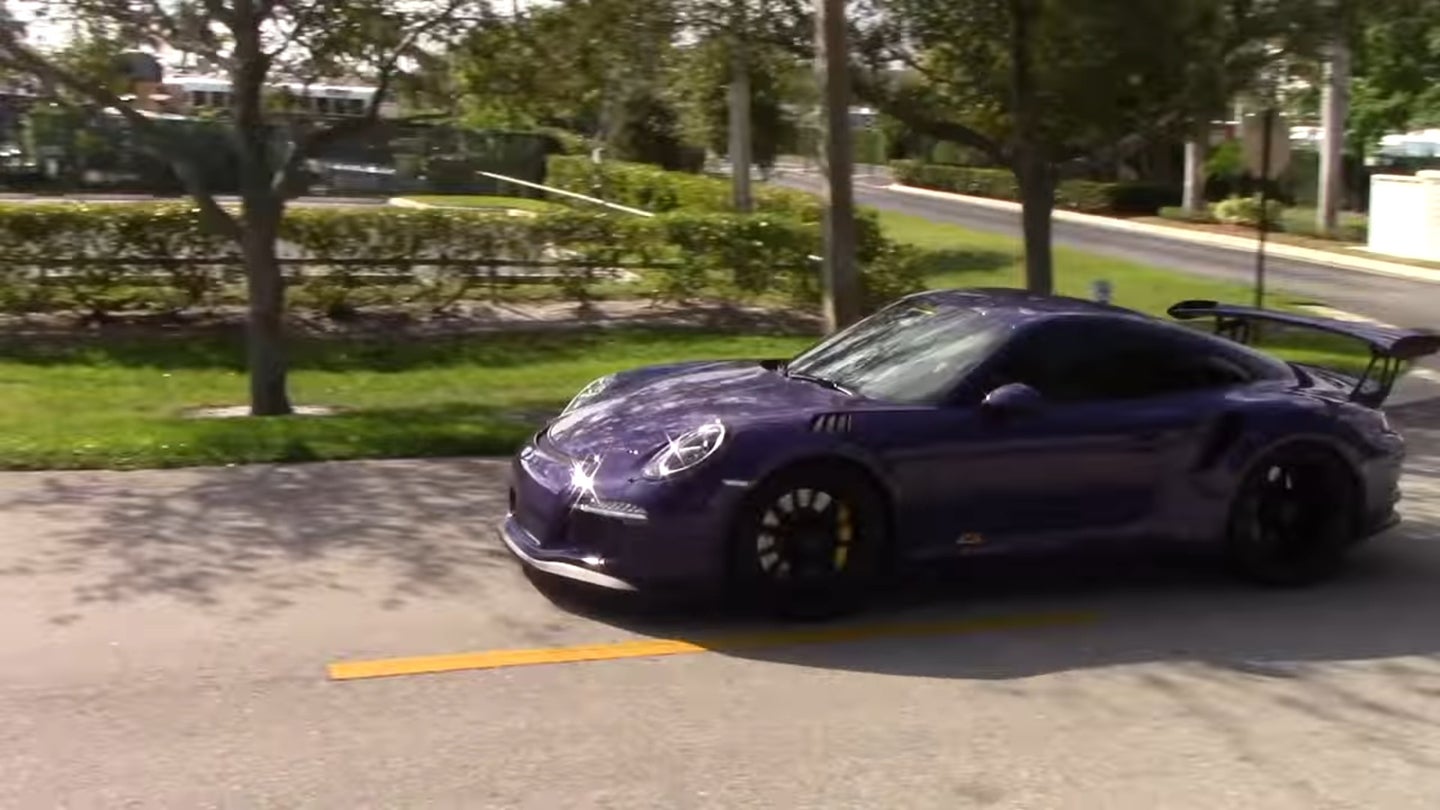 With a glance anyone can tell that a GT3 RS is not your average 911, if any 911 can really be called 'average' at all. This big purple, well Ultraviolet, monster of a car has been fitted from the factory with a giant wing, huge air inlets, front fender air-evacuation vents, center lock wheels, and enough carbon fiber to make an open-wheel car jealous. The 500 horsepower naturally aspirated four liter flat six doesn't lie about its supernormal origins either. The 991 GT3 RS is special, and it certainly deserves a closer look. This video from Doug DeMuro aims to explain just how the GT3 RS is special.

While this video is a bit rudimentary and glosses over a lot of the GT3 RS' specialness. Having driven the GT3 RS on track, it's difficult to fully understand how easy this car is to drive quickly in a 10 minute video, or after driving it just on the street. There are things you learn in the braking zone to Turn 10 at Road Atlanta you simply can't glean from tooling around main street. The GT3 RS is surely a special car on the street, but it's that extra 10% you find on the track that makes it shine.

Porsche likely could have gone a little more hardcore with this car, stripping the interior a bit more, and certainly offering a manual transmission would have been a nice touch, but all of their efforts to lighten this car have been worth it. DeMuro spends some time marvelling at the use of a decal instead of a metal Porsche badge, but they've been using that one for a few years now. If you haven't spent much time with a GT3 RS, you'll probably learn a bit about how amazing this car is. It's certainly anything but "normal".