DJ Porsche is dropping the hottest beats in the studio 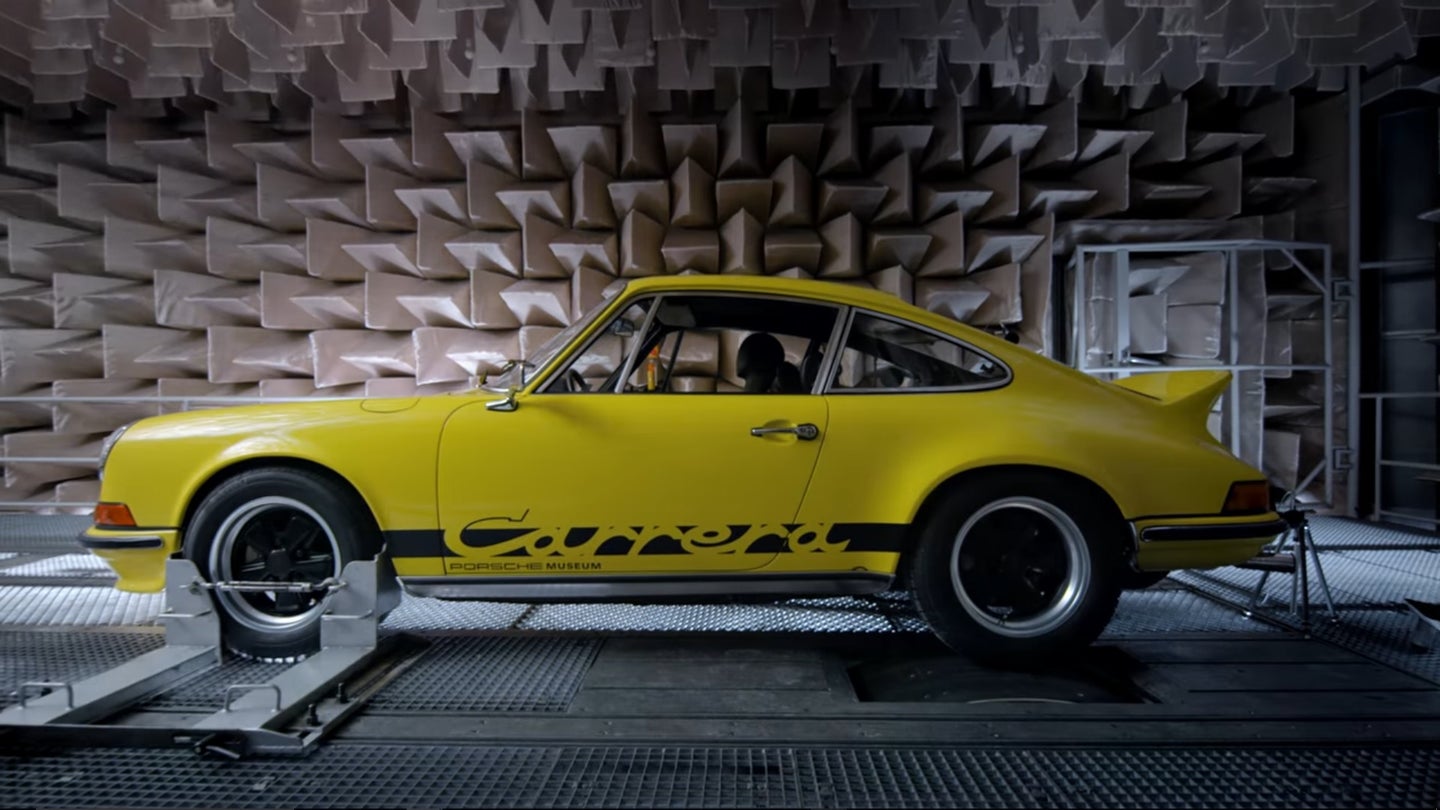 Porsche has built cars that sound as exciting as they look since at least the 1950s with the introduction of the Fuhrmann four-cam engine. Obviously, everyone loves the sound of a naturally aspirated flat-six at full chat, and they've built a lot of variations on that theme. Our 912E is probably the worst sounding Porsche of all time, but this list of five is pretty great. When Porsche goes back through their nearly 70-year catalog of engine sounds and narrows the short-list down to five, you know they're going to be exquisite examples of sonorous automobiles. Here is Porsche's second installment of the "Top Five" series on YouTube.

Possibly Porsche's most iconic shape ever, the beducktailed Carrera had a high-strung 2.7-liter engine that sounds fabulous. Every time we get jaded on old 911s, spending a day at a vintage race with a bunch of old aircooled 911s running at full song snaps us out of the doldrums with immediate effect.

The Furhmann four-cam engine is a technological marvel for having its origins in the early 1950s. It's a true gem among the Porsche lineup, and while extraordinarily mechanically complex, it sure makes a phenomenal sound. This section of the video, in particular, is disappointing for the fact that Porsche only revved the car up to 3000 RPM, because this engine, especially with the "Sebring" exhaust, really doesn't start sounding its best until the top quarter of its rev range.

The 991 GT3 RS is certainly the loudest car we've ever driven on the track, but we're forced to disagree with Porsche on this particular pronouncement. The best sounding GT3 RS has to be the 997.1's 3.6-liter wail. The 991 RS does sound good, but there are others that are better.

This is one that everyone should be able to agree on. The Carrera GT's V10 is one of the best sounding road legal engines ever produced. This list could have been five different Carrera GTs and we wouldn't have been disappointed.

Porsche went to all the trouble of wheeling each of these cars into a sound studio with a rolling road, and then only barely blip the throttle for the microphone. Of all people, they should know best that their engines don't always sound great at idle. The vintage carbureted cars in particular needed to be recorded in a run from 3,000 up to just shy of redline for maximum effect.

Join us next week when we'll be covering Porsche's Top Five best wings and spoilers.