Is this the straw that finally bursts the 911 R bubble? 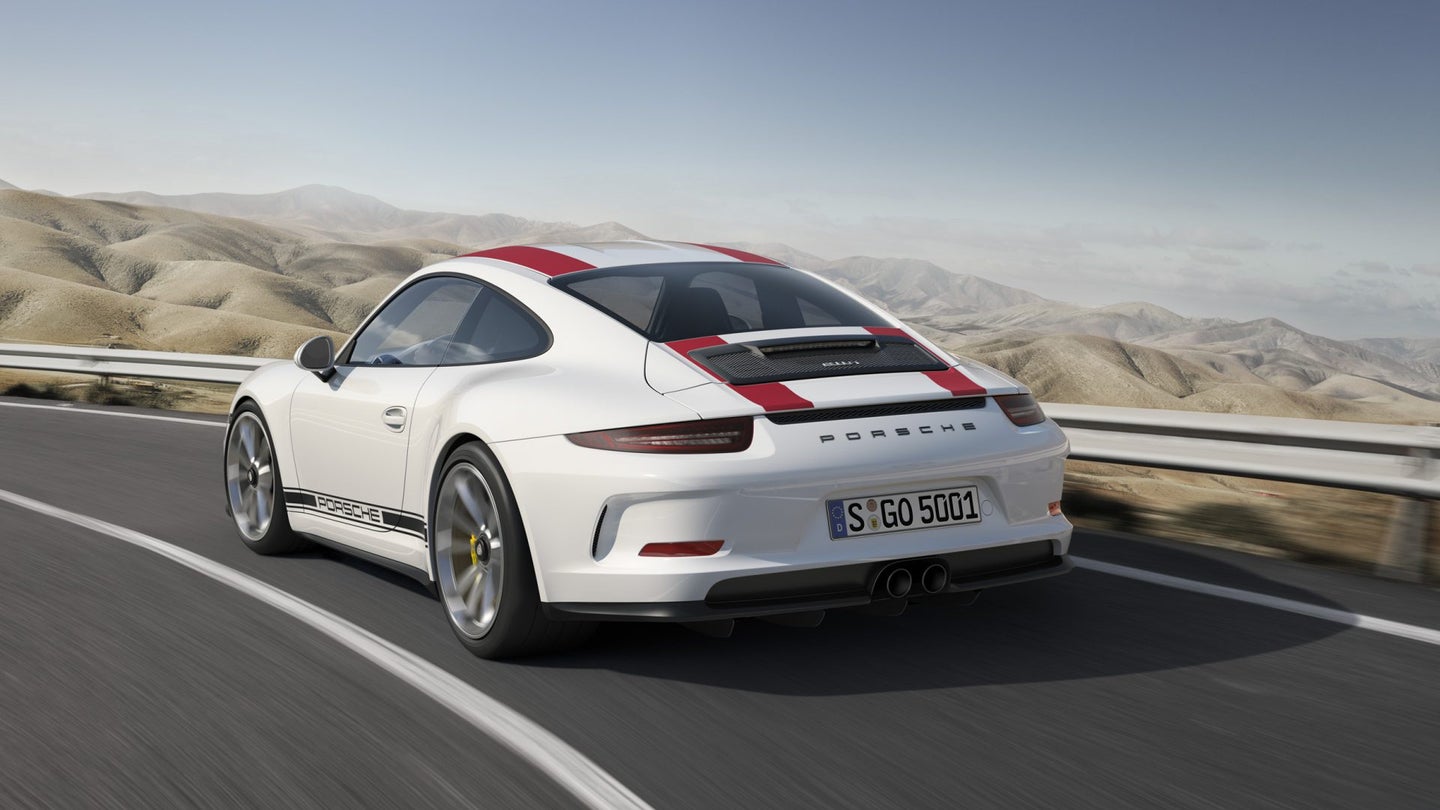 If you've recently shelled out almost a mill for a much-coveted, manual-only Porsche 911 R, you may want to look away. A rumor has been making the rounds suggesting that a "X90 Touring Package" for the refreshed 991.2 GT3—a car that's notably available with three pedals again—essentially turns it into a 911 R.

In case you're in need of a refresher, the R differentiated itself from the GT3 RS on which it was based not only by offering a traditional stick shift, but also removing the rear wing and adding a delicious houndstooth interior, creating a machine that offered the mighty hardware of a GT3 RS with a skew towards on-road driving pleasure and the experience instead of outright lap times and speed.

Spotted by Road & Track, a screengrab from the June 2017 issue of UK's Car magazine indicates that an optional package for Porsche's brand new GT3 will feature an aero kit lifted directly from the R and a throwback, mixed-material interior. From the image:

Or if you fancy something a little lower-key than the GT3, look out for the X90 Touring Pack version. Only available in manual transmission form, it trades in the flash wingwork and the racy interior for the more subtle aero kit of the discontinued 911 R and a period leather-with-corduroy trim.

Mind you, if this rumor does prove to be true, a new Touring Pack-equipped GT3 won't completely mimic the R, as Porsche claims the engines used in the 991.1 GT3 RS and 991.2 GT3 not-RS are slightly different despite having identical headline figures of being 4.0-liter flat-sixes producing 500 hp apiece. There's also the issue of exclusivity. Only 991 examples of 911 R were made (get it?) and therefore, only 991 cars wear the '911 R' badge. To many Porsche fans, that in and of itself deserves a premium, no matter how many similarly-specced models came out of Stuttgart after the fact.

So, if you are one of the lucky 900-something owners of the R, Porsche bringing back the GT3's manual coupled with today's rumor may quell your thunder a bit. But at the end of the day, you're the one who gets to say, "I own a 911 R" and no one can take that away from you.