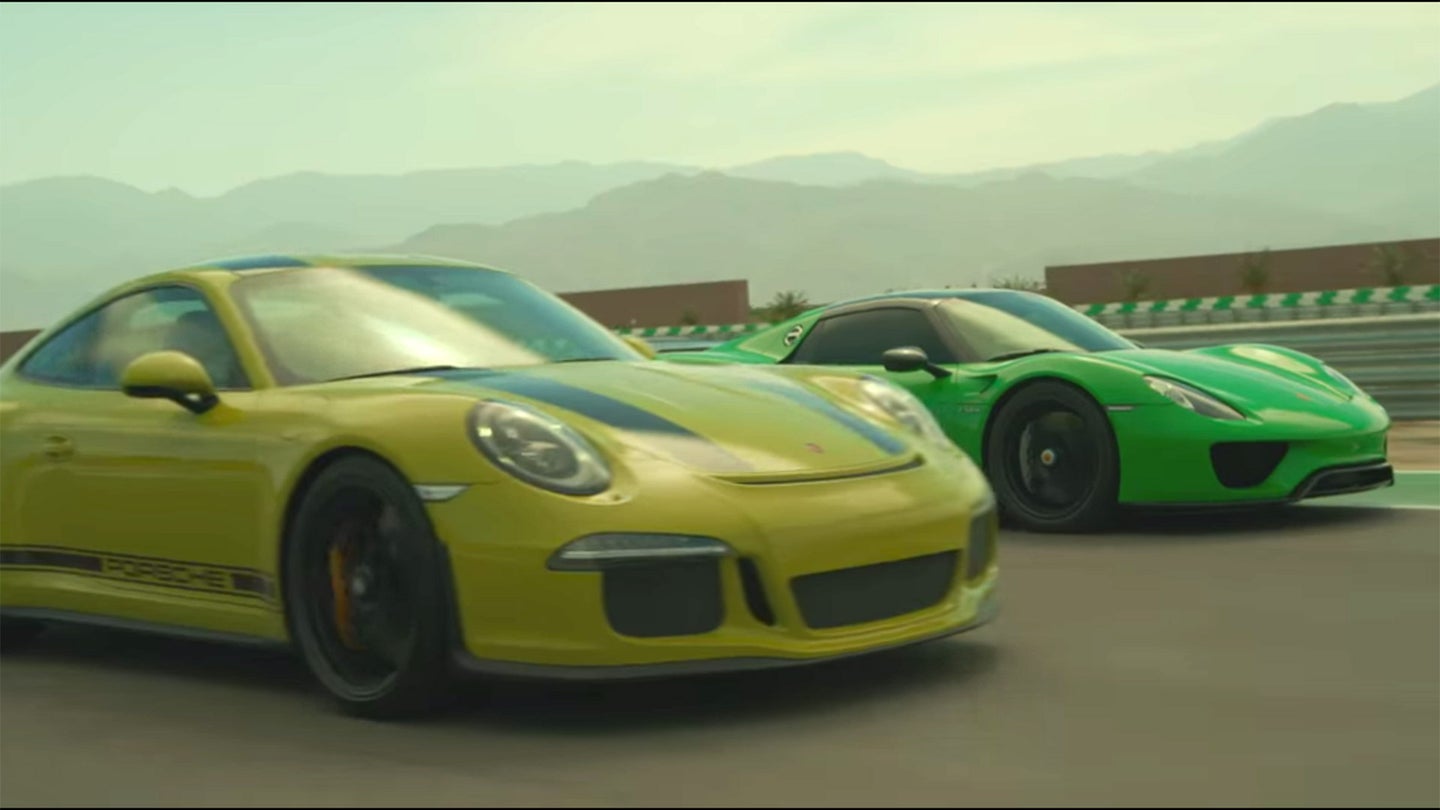 The Porsche 918 Spyder and the Porsche 911 R are two of the rarest models to be found in Porsche's recent model line-up. The carmaker only produced 918 units of its electric-powered and 4.6-liter V8-engined 918 Spyder —and sold every one. The 911 R, also sold in very limited numbers, also sold out. Both are animals in their own way; so to celebrate their awesomeness, well-known wheel manufacturer HRE Wheels took them both to The Thermal Club in Thermal, California to have some fun.

The 918 Spyder set the Nurburgring production car record back in 2013, before that record bounced around the automotive realm a few times then found its way back home to Porsche with the new 911 GT2 RS. Its electric motors, added to its LMP1-inspired V8 engine, pushes out a combined 887 horsepower. The 911 R achieves a one off driving experience in its own way. Enthusiasts had been clamoring for Porsche to re-introduce a manual option in the GT3; the carmaker eventually listened to enthusiasts, and created the 911 R, which features a 4.0-liter flat six engine from the 911 GT3 RS mated to a six-speed manual transmission. (Since the 911 R, Porsche went a step further and released the 991.2 GT3 with a manual option.)

Rare cars like this normally find themselves at home in garages for the rest of time, as taking them out runs the risk of damaging or devaluing them. It's good to see HRE Wheels went out organized the thrashing of these two cars. After all, there's nothing worse than a beast being locked in a cage.