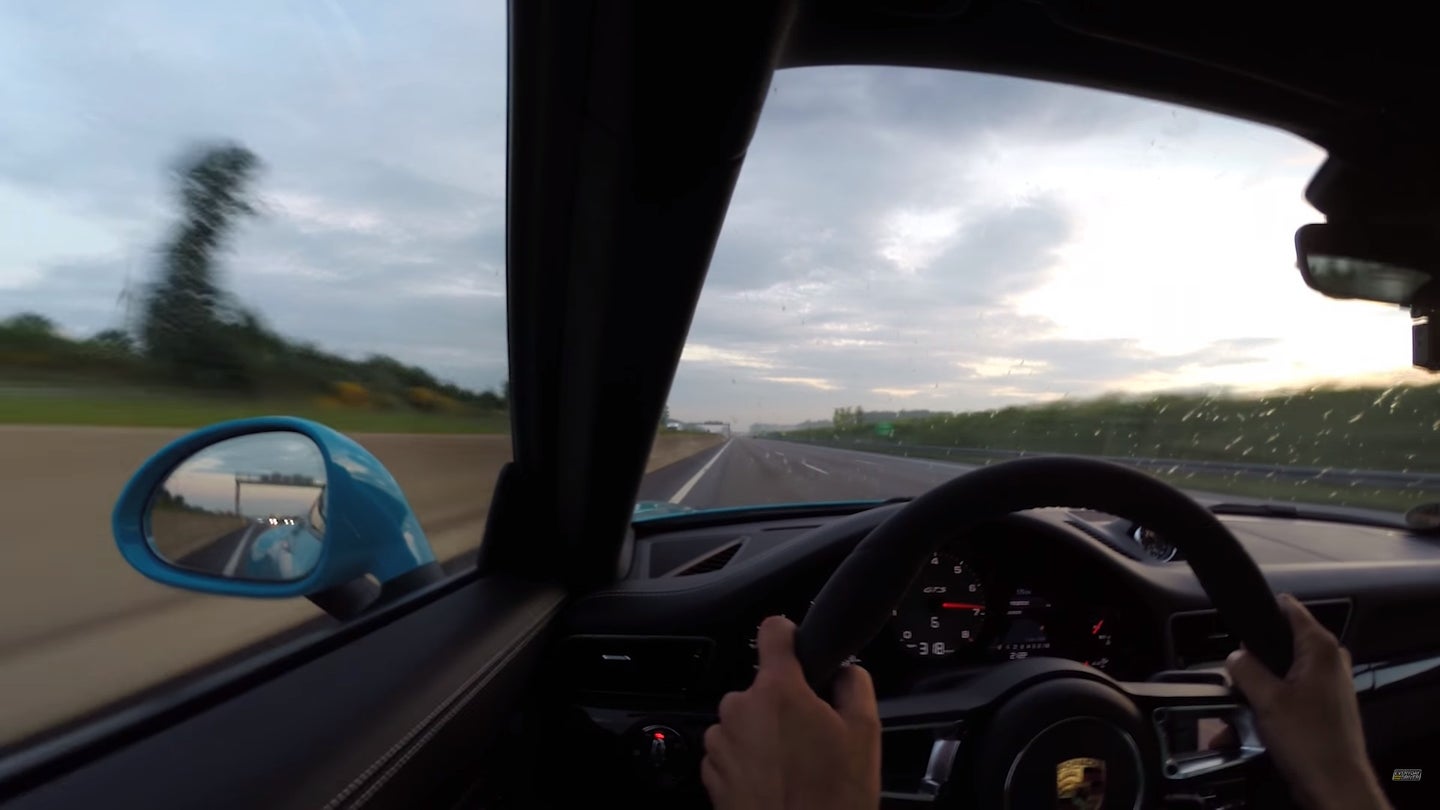 It wasn't long ago that 200 miles per hour was rarefied air in a Porsche. To get there in the 80s you had to buy a supercar 959. Since then, only a handful of Porsche models have been capable of the speed. Highly specialized supercars like the Carrera GT or the 918 Spyder are practically mandated to hit the two-ton mark. As for 911s, you basically had to buy a Ruf if you wanted to double up with a brand new car. These days, however, Porsche sells a 911 that will get you to that number, indicated anyway, and it isn't a GT-series car or a 911 Turbo model. Porsche claims that the manual-equipped 991.2 Carrera GTS will max out at 312 km/h (193.868 miles per hour), but as you can see from the video below, this car managed a few more ticks on the speedometer than that.

While the video features a full review of the new 3.0-liter turbocharged 911 GTS, this time in two-wheel drive manual transmission variant, the top-speed action occurs early in the video. When you've got the car for a day and the Autobahn is right there, why wouldn't you give it a shot. It's possible that Tom was blessed with an almighty tailwind, or perhaps he found a way to reduce the car's overall drag by a few percentage points before the run, or most probably Porsche has clocked their speedometers a little on the optimistic side, and he was really only going about 195. In any case, that is still some prodigious speed and he deserves a pat on the back.