You'll be glued to your screen watching this Porsche 911 GT2 RS come to life. 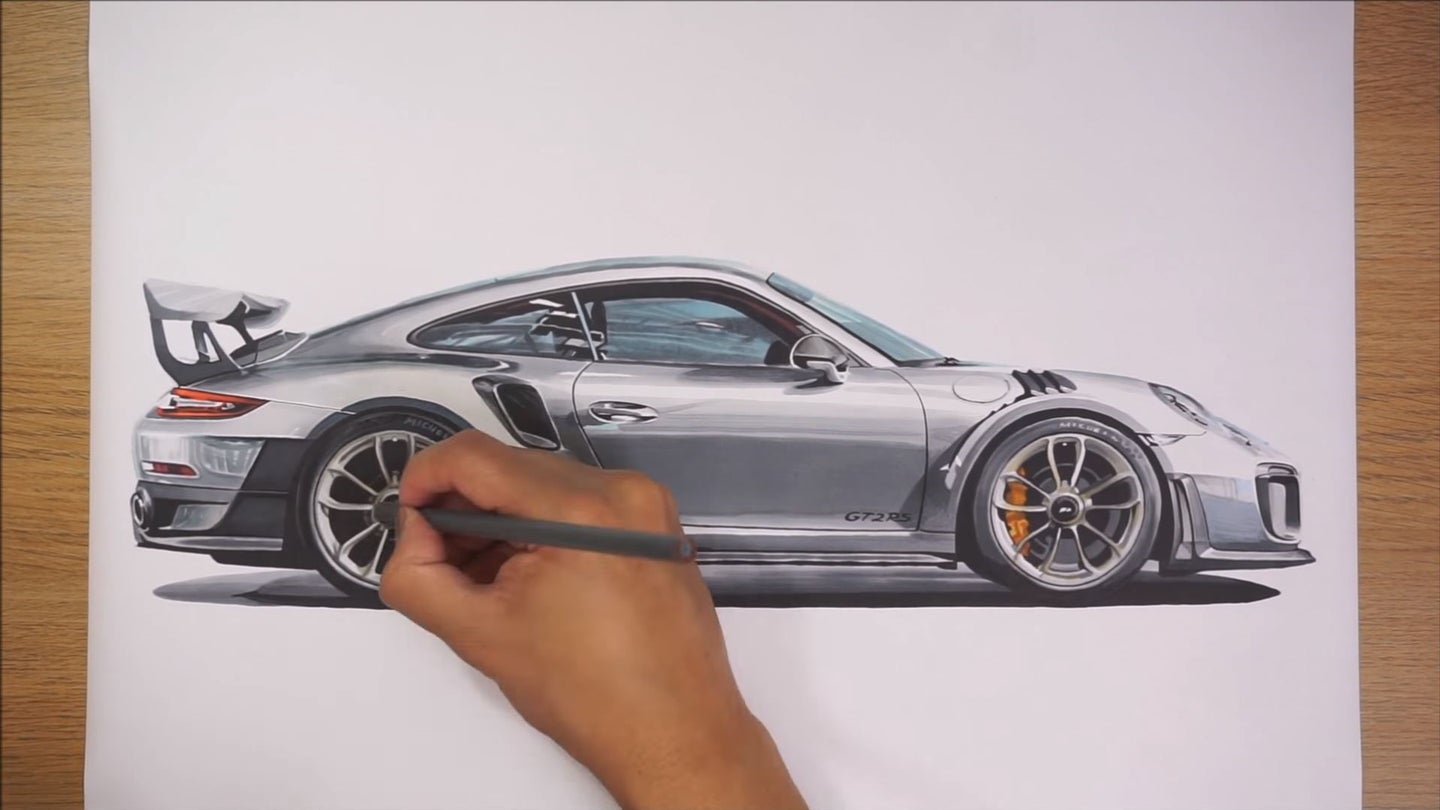 You might not be able to afford a Porsche 911 GT2 RS, but artist Roman Miah can offer you something almost as good. Miah makes stunning drawings of exotic cars and sells them online. Not satisfied with just selling his completed work, he also shows you how it came to be on his YouTube channel.

The latest example of Miah’s brilliant work is his drawing of a Porsche 911 GT2 RS. The fastest production 911 of all time, the 700-horsepower GT2 RS holds the Nurburgring production car record with a blistering 6:47.3 lap time with Lars Kern behind the wheel, making this 911 faster than the Porsche 918 hybrid hypercar. The 911 GT2 RS rockets from zero to 60 miles per hour in 2.8 seconds and has a top speed of 211 mph.

The video below of Roman Miah’s drawing begins with a blank sheet. He begins his outline with a pencil before moving on to markers and colored pencils to fill in the car starting in the back and gradually moving to the front. He uses mostly varying degrees of black and gray, with some color used for the lights, reflectors, and brake calipers.

When you start watching the sped-up footage of the drawing, it’s hard to take your eyes off of it. Maybe the music has something to do with it, but there’s something hypnotic about watching the car pop out from what was a blank white sheet minutes earlier.

Unfortunately (and not surprisingly) the original print of Miah’s piece has already sold, but prints are available for sale. You can also buy prints of his drawing of a Mercedes C63 AMG Black Series or his “Hypercar Collection” of the Ferrari LaFerrari, Porsche 918, and McLaren P1. According to his website, a Bugatti Chiron is coming soon. Until then, enjoy the Porsche.