If you can't afford the $300,000 car, you can get this controller for a thousandth of the price. 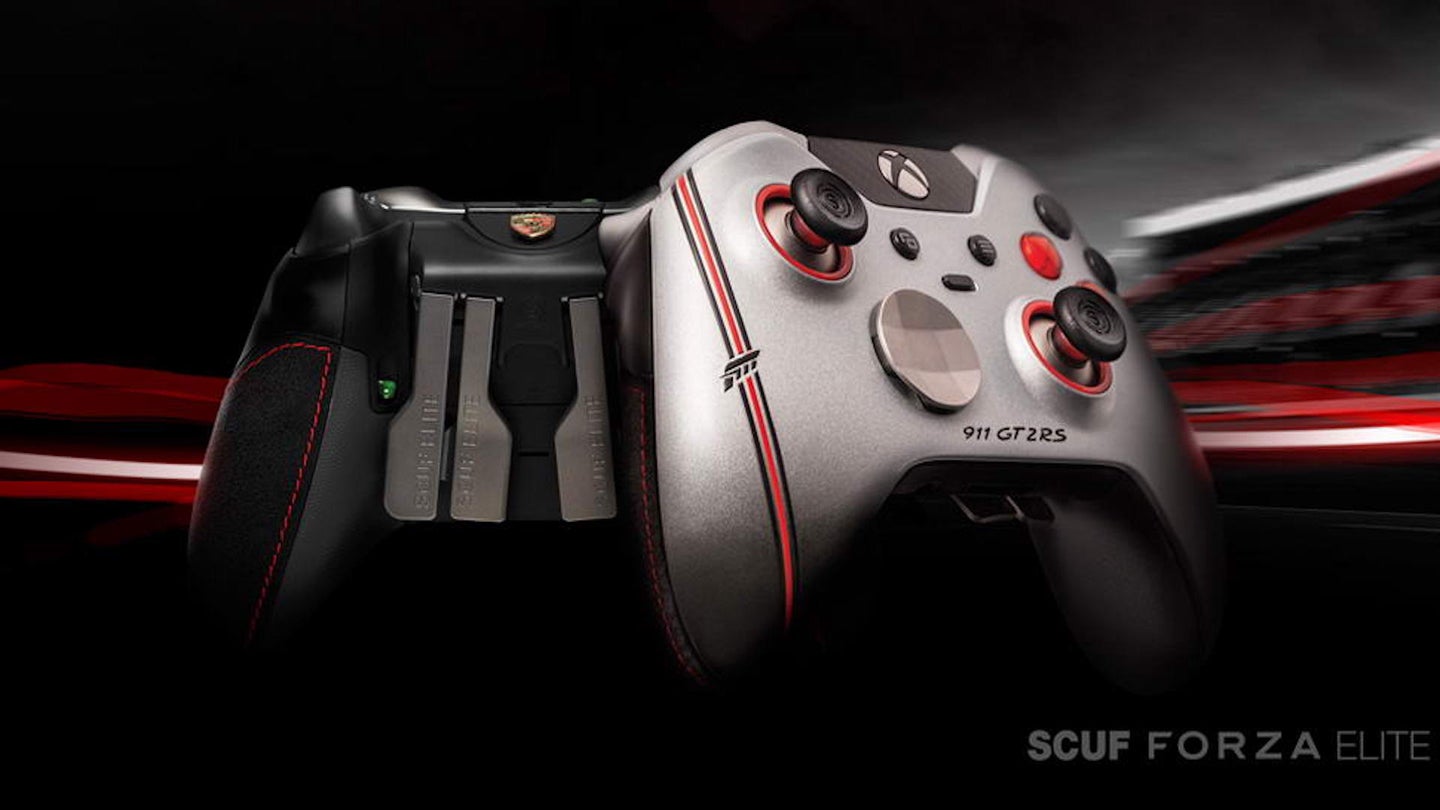 The 2018 Porsche 911 GT2 RS made headlines again last week when it broke the Nurburgring record, embarrassing its bigger brother, the 918 Spyder, and dethroning the Lamborghini Huracan Performante.  While the GT2 RS' $300,000 price tag may be out of reach for most of us, we can still attempt the Porsche's record in Forza Motorsport 7, which was released Oct. 3 on Xbox One and PC.

If racing wheels aren't your thing, but you love all things gaming and Porsche, you can now buy an Xbox controller inspired by the car, according to CarScoops. With the help of Turn 10 Studios and Porsche, custom controller builder Scuf Gaming built an elite controller based on the 911 GT2 RS' interior color scheme. The controller features the same Alcantara on the handles that are used on the 911's steering wheel, plus a Porsche badge on the back and Forza stripe running down the front.

The $300 Porsche controller may be double the price of a regular Xbox Elite controller, but it's still a thousand times less expensive than the car.  A $365.95 bundle is also available that includes interchangeable parts and a scale model of the GT2 RS.

If you want one, act fast, because Scuf only plans to sell 2,000 controllers and 500 bundles. The limited-edition items will go on sale Oct. 7, just four days after Forza Motorsport 7 hits stores.