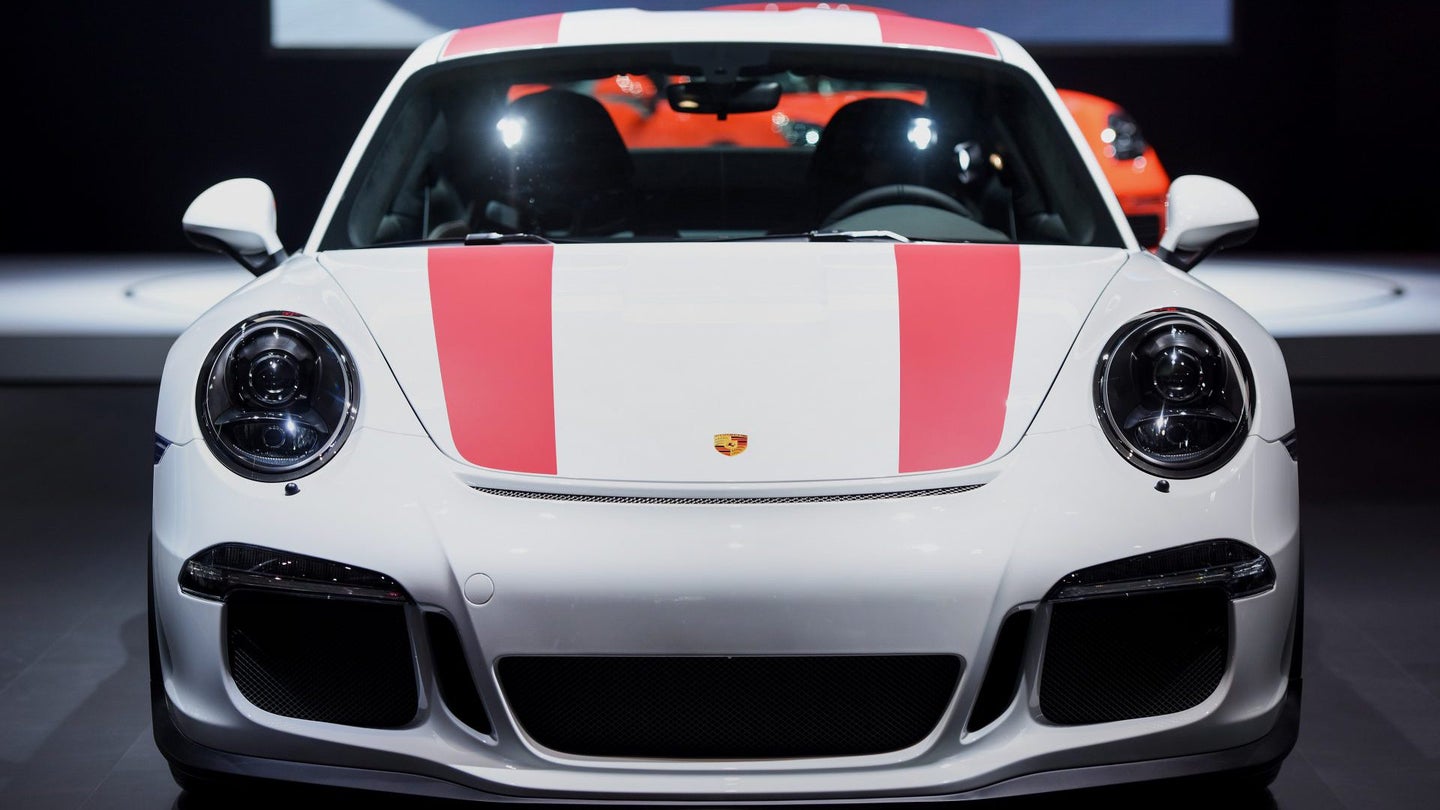 Designed as an ultra-lightweight, wingless, manual-only 911 GT3, the Porsche 911 R is known as one of the most coveted collector cars of the modern era with appropriately exorbitant price tags to boot. Its success arguably kicked off a new wave of pure, driver-focused Porsches and it turns out, we may or may not have a '90s sitcom star to thank for it.

Appearing on Spike Feresten's Spike Car Radio podcast, Jerry Seinfeld (who in addition to being a comedy icon is a prolific car collector and Porschephile) recalled a story in which he pitched the idea of a bringing back the 911 R nameplate to Porsche designer Grant Larson. "I wanted to do a custom made, one-off 911 ten years ago," said Seinfeld. "Grant and I had discussed this and he approached the board. What I wanted to build was a new 911 R, which they refused us. But then, 4-5 years later, aha, the new 911 R appeared."

When asked to elaborate what he envisioned a new R to entail, Jerry said "I want[ed] a super lightweight, no-wing GT3," which sounds an awful lot like the 911 R we eventually got. So, was the supposed architect of the world's premier cars and coffee talk show also responsible for the Porsche 911 R? "Reputedly, but I don't know if it would hold up in court," Seinfeld jokingly responded.

There you have it. One of Porsche's most desirable models in the past few years just might owe its existence to Jerry freakin' Seinfeld. Next thing we know, Joey Tribbiani's going to come out as the mastermind behind the 918 Spyder. On second thought...

What is this, a crossover episode?