Is the Air-Cooled Porsche 911 Market Cooling?

After years of skyrocketing value, the air-cooled Porsche 911 may have hit a plateau. 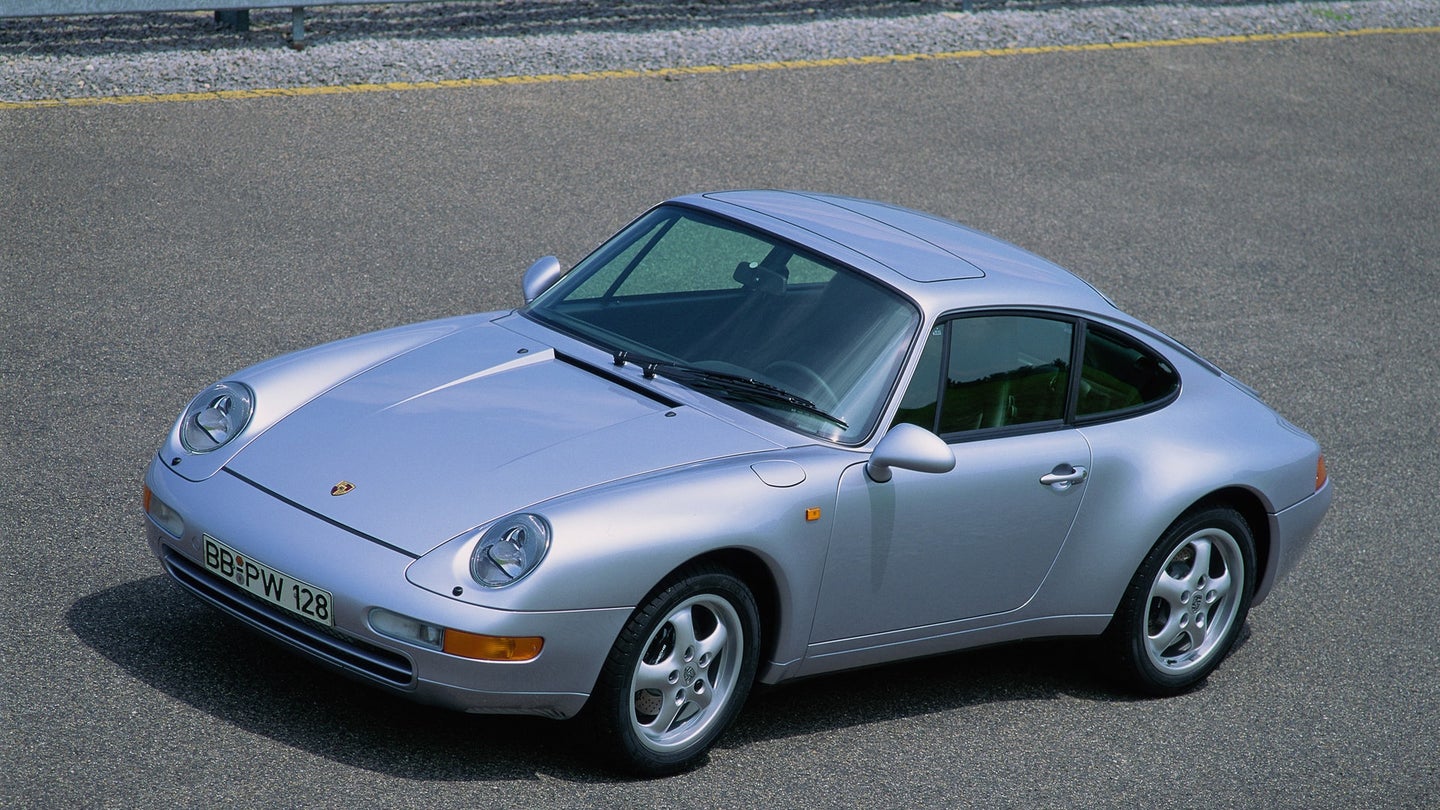 Do you hear it? Is it the sound of the air-cooled Porsche 911 bubble reaching maximum tensile resistance after nearly a decade of unstoppable price inflation? The bubble that’s pushed air-cooled Porsche 911 prices into the stratosphere finally appears to be ready to pop—or at least deflate. Based on recent auction results, air-cooleds could finally be coming back down to reality.

Like their muscle car counterparts, air-cooled Porsche 911s saw a sudden rise in popularity around 2012, the year Magnus Walker's Urban Outlaw documentary dropped. That's about when enthusiasts who grew up during the air-cooled heyday finally had money. With a little help from a slobbering automotive press, air-cooled prices went from affordable to six-figure sums nearly overnight. Enthusiasts drooled over them, binged content featuring the models, and made Magnus Walker, Rod Emory, and the Luftgekühlt car show overnight sensations.

The air-cooled cars themselves had something to do with that too. Porsche’s air-cooled 911s are among the best driver’s cars ever made. Porsche’s long motorsports history can be felt every time you get behind the wheel. There’s a solidity in their construction and a surefootedness to their dynamics. However, at the core of every air-cooled 911 is a classic used car. Six-figure sums may buy classic dynamics, but it also buys you something that’s inherently not as good as the latest generation. Which brings us to the potentially bubble-popping air-cooled market.

Earlier this year, Hagerty released a statement that the air-cooled Porsche market had seen its first decline in five years. The insurance company, which also tracks auction and sale values, states, “Looking at the overall auction market for Porsche, there was an eight percent drop in the sell-through rate compared to 2017. That might not sound like anything extreme, but it is the largest 12-month drop we’ve observed over the last five years. On top of that, Hagerty valuation experts inspected more than 190 Porsches at auction this year and determined 47 percent of them were bid below market.”

Looking at the market for ourselves, we combed through the recent sales and auctions at Bring A Trailer and found that the 964 and 993 generations of Porsche’s 911 have seen either flat growth or a slight downturn in auction prices. The G-Series 911—the truly classic Porsche 911—looks to have seen an even more noticeable downturn in price. Hagerty spoke with Porsche Panorama editor-in-chief Rob Sass, who believes the downturn could signal a tempering of the market, but it could also be that owners with lesser-than examples are flooding the market, causing prices to tumble.

We reached out to automotive host and noted car guru Spike Feresten—who along with the likes of Magnus Walker, Jerry Seinfeld, and Rod Emory, collectively form the modern American Porsche Politburo—to get his take on the current market. “I wouldn't describe what's happening as a slump,” Feresten says. “I'd describe it as a correction. Specifically, cars are being valued at their correct values, as opposed to the hysterical values of, say, five years ago.” Why the sudden correction? “Buyers are more educated than they've ever been thanks to the internet," Feresten says. "Production cars, which are inherently less rare because of numbers produced, [are] cars without stories,” so they can’t command the ludicrous sums.

Anecdotal evidence is also mounting that the market, and hype, has cooled on the cars. Air-cooled acolytes have been featured less and less in the media. Big Porsche personalities are no longer banner headlines. Luftgekühlt—the largest gathering of air-cooled Porsche 911s outside of Porsche’s Rennsport Reunion—is set to return to Los Angeles this month. Yet, unlike in years past, there’s no buildup, no writeups, no real tangible excitement ahead of the event from the enthusiast community.

There are, however, exceptions in the softening market. Just as with muscle cars, those of truly rare vintage, or exciting models with small production histories, will likely always command exorbitant prices. When asked about the high-dollar market, Feresten added, “I hear the million-dollar-plus market for truly rare Porsches is robust.”

As for the correction, Feresten told us, “My advice is always buy for a great weekend drive, not a retirement plan.” Feresten’s statement reminded us of Ferdinand Porsche’s old quote, “Design must be functional,” and the function of a car is to be used. A function of a Porsche 911, however, is to be the best sports car in the world. If air-cooled Porsches come back to reality-based pricing, it opens the door for enthusiasts to once again driving their Porsches as the company intended them to be driven, instead of just looking at them as an investment.