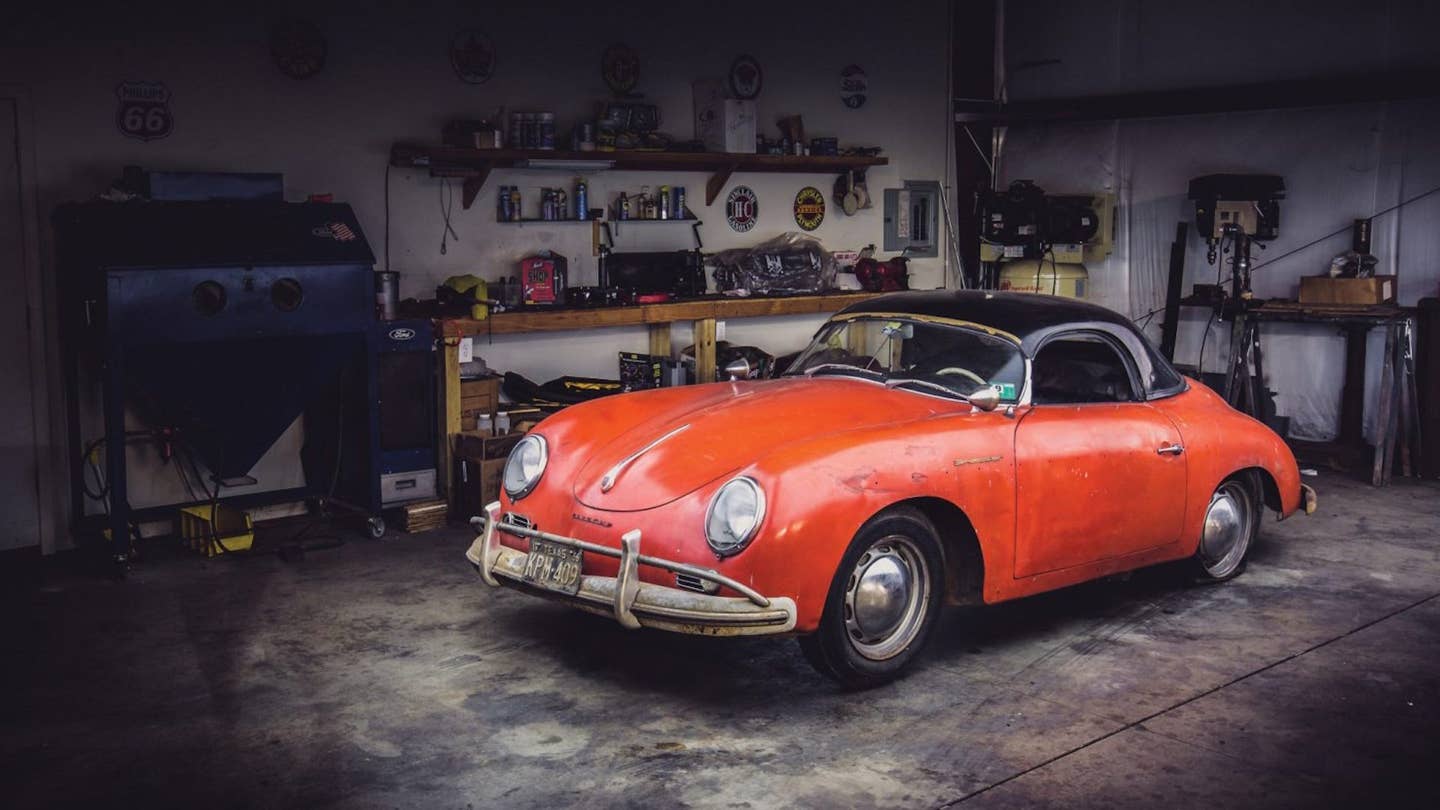 The air-cooled Porsche and the barn find: Two flavors of automobile that tend to get under people’s skin. It’s easy to see why. The former recalls a great brand’s greatest virtues, equal parts simplicity and exceptionalism; the latter, a combination of buried treasure and well-worn authenticity. So this one from RM Sotheby’s is bound to get a rise of just about anybody.

Yes, it’s a real-deal Porsche 356A Speedster, a 1956 model capped with the mega-rare factory hardtop. It’s got a four-speed manual and, of course, the venerated 1582cc air-cooled boxer engine, wearing twin Solex carbs and located in the wrong right place. Since this is a legit barn find, it’s got a story, too.

The car was discovered under a tarpaulin in Texas, where it’d been sitting for an incredible 40 years. Records show this Speedster had just two owners: The original importer, who kept it for just over a decade, and a couple who used it for road tripping into Mexico to visit family. They had the exterior painted custom orange (done up to match a ballpoint pen, because isn’t that the quaintest thing you’ve ever heard?) then parked it inside a Dallas-area garage sometime during the 1970s. The car was just recently discovered by automotive archeologist Tom Cotter.

Considering the car’s age, and bathtub Porsches reputation for rotting, the rust here is pretty minimal. It’s also an early Reutter-badged 356, and one with a numbers-matching engine, so more than a few hungry restorer-collectors are no doubt waiting in the weeds. This Speedster could pull upwards of a quarter-million dollars when it crosses the block October 7th in Hershey, Pennsylvania. Check out more photos over at RM Sotheby's listing, here.