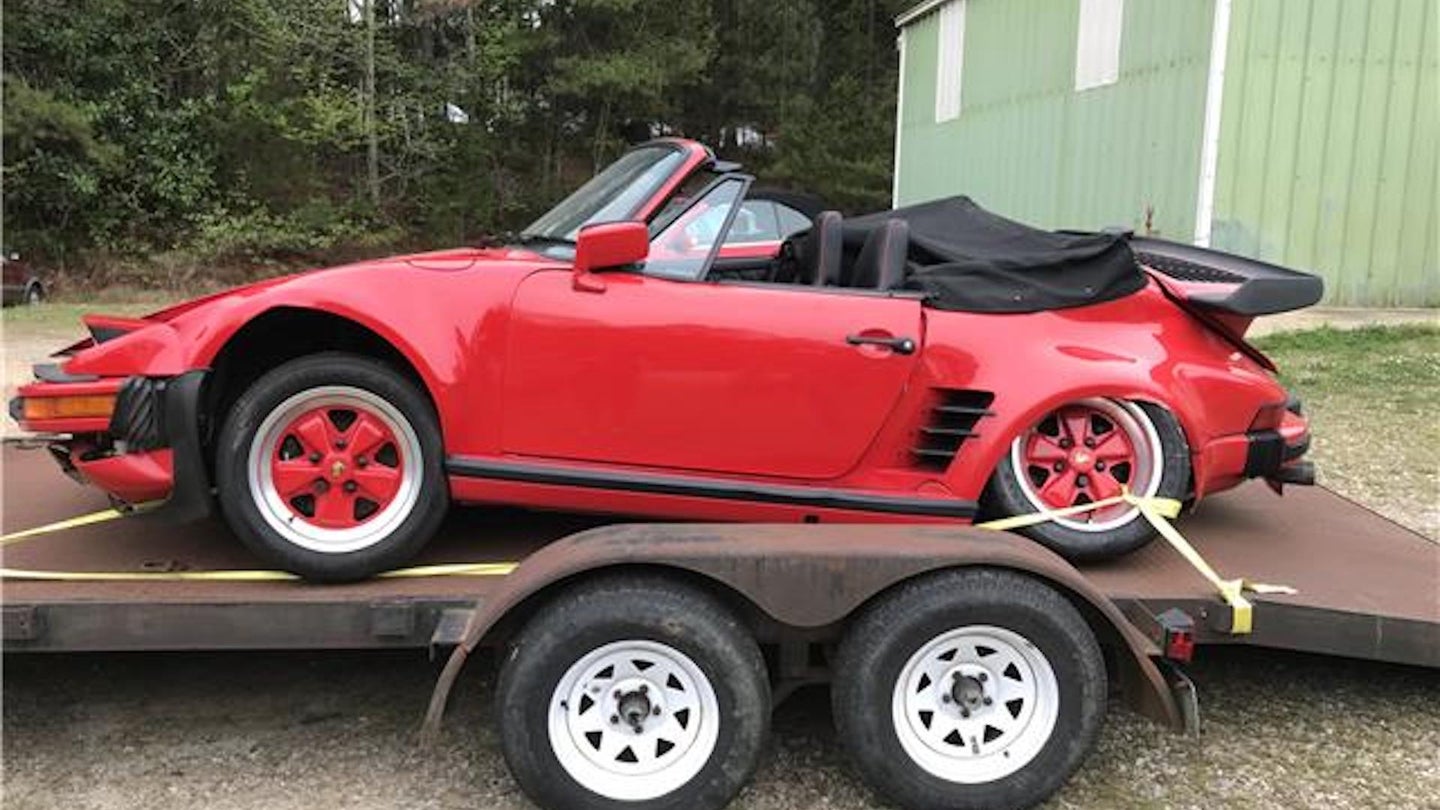 There was no sole cause for the ballooning values of air-cooled Porsche 911s during the Twenteens. Magnus Walker's Urban Outlaw, the upper class turning classic cars into financial speculation, and pop culture coming back around on '80s cheesiness all played their roles, and as a result, cars that were once worth four figures occasionally sold for six. While the luftgekühlt 911 market does finally appear to be plateauing, there are still people out there asking scoff-worthy sums for classic 911s regardless of condition, often just because their car is air-cooled, which some mistake for provenance in and of itself.

But what's a car worth if it is indeed a shoddily kept, but rare variant? What would an authentic 930 Slantnose be worth if it were wrecked? We may be about to find out, because such a car is currently listed for sale on eBay for the eyebrow-raising price of $90,000.

That may sound like money down the toilet when you consider that a brand-new 2020 911 Carrera starts just $7,400 north of what this car's seller asks, but given how rare this particular 930 is, we may be looking at a diamond in the rough. See, this 911 is among one of just 948 built by Porsche's special order program to Flachbau (slantnose) specification, with a 935-style front end and flip-up headlights. Only 160 examples were imported to the United States, and every one of them is worth big money. A car of almost this exact specification sold at auction for $363,000 in 2015.

Granted, that car was in immaculate condition, and this one is far from it. Crashed while uninsured sometime in the 1990s, this car was squirreled away in storage at what appears to be a junkyard for old German cars—numerous BMWs, an Audi, and an old VW bus can be seen in the background. While its title and interior may be clean, its body and suspension are anything but, as the impact appears to have damaged almost every body panel and destroyed the suspension on at least one corner. This all goes without mentioning the car's entire body looks twisted, signaling potential frame damage.

While Porsche's heritage parts program might make this 930 Slantnose restorable, the extent of the damage to this car makes that a very expensive proposition, and again, it assumes this car's frame is salvageable. If it's not, then this P-car might be dead in the water.

Unorthodox Ford Crash Test Is a Violent Reminder to Buckle Up, For Pete’s Sake

Watching these dummies fly will make you cling to your seatbelt.