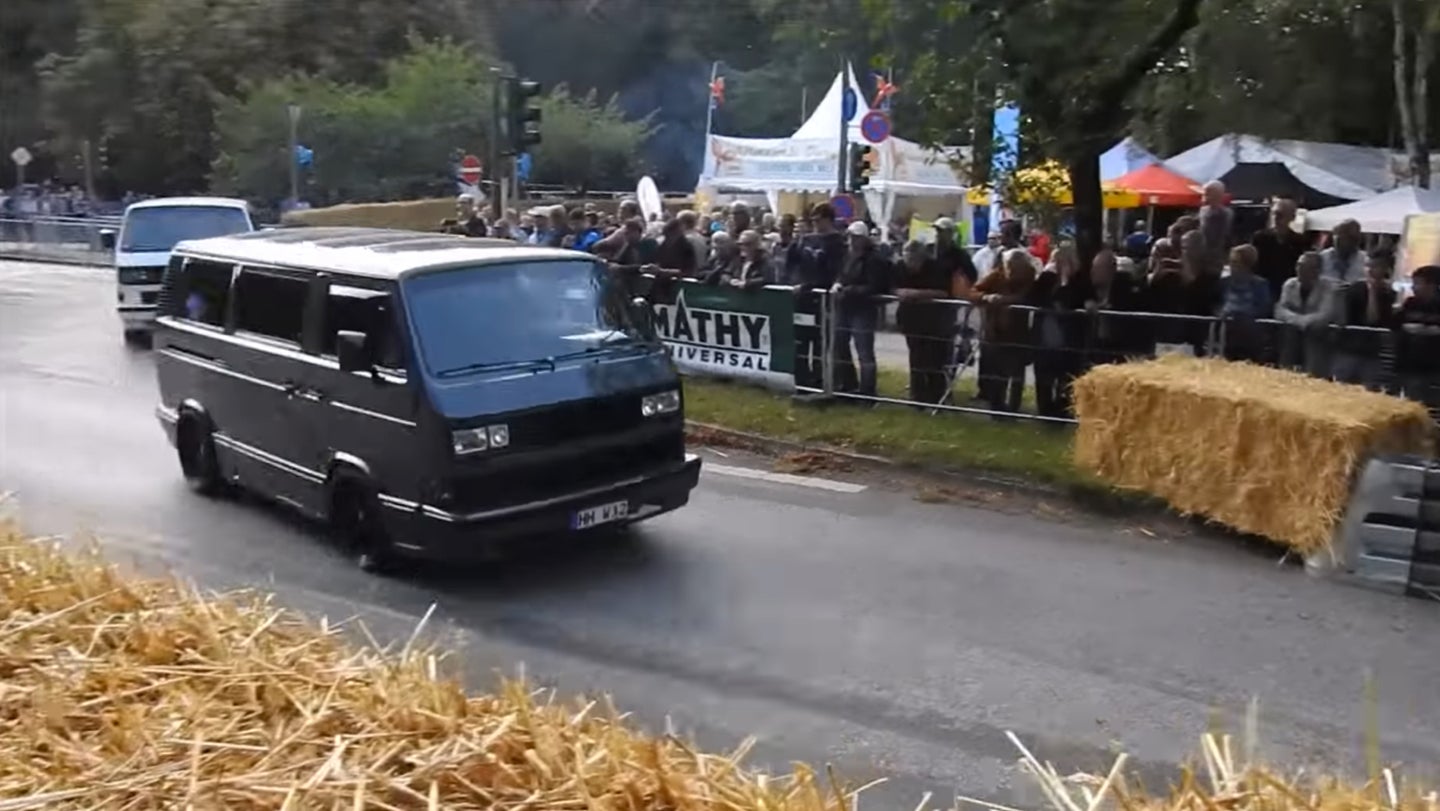 Stuffing a big engine where it doesn't belong is always amusing, and one German owner of a 1991 Volkswagen bus is clearly living his best life. This T3-generation example packs a 464-horsepower, 6.0-liter W-12 engine out of a first-generation Audi A8.

Between more than quadrupling the power from the most powerful engine VW offered in the T3 and the other tasteful mods that brought the whole thing down to earth, this otherwise unassuming people carrier can totally rip around a racecourse better than some cars.

The D2-generation W-12 engine wasn't the only A8 component that made it into the build, per the parts list in the video as well as TuningBlog.eu's spec list for the VW. The bus also sports the front and rear axle from the Audi A8 including the car's brakes, plus a five-speed Tiptronic transmission that mates to the bigger engine.

It all rides on 20-inch black BBS Le Mans alloy wheels, H&R Cup springs, and Koni Sport shocks. That lowers it all considerably to keep the big mass of the W-12 from tipping it over like a big angry bread loaf in turns.

Inside, Recaro leather seats from the T6-generation Volkswagen Transporter keep the front occupants in their seats a little better. There's also a movable rear bench from the T6 in the back so you can thoroughly terrify extra passengers with all 464 horsepower. The windows have been tinted dark to match its mean appearance.

Finally, a four-pipe sport exhaust ensures that you can hear that wonderful, wacky W-12 engine loud and clear.

It's all very fitting given that the T3 was called the Transporter in many markets, and The Transporter himself, Jason Statham, drove an A8 with a W-12 engine in the series' first film.

It's a bit unnerving to see how well this bus corners on the 2016 Stadtpark Hamburg Revival oldtimer racecourse in the video. It's big! It's fast! But I also really want to drive it.

The SUV’s mainstream appeal is ultimately finite, but what will replace it, and when?