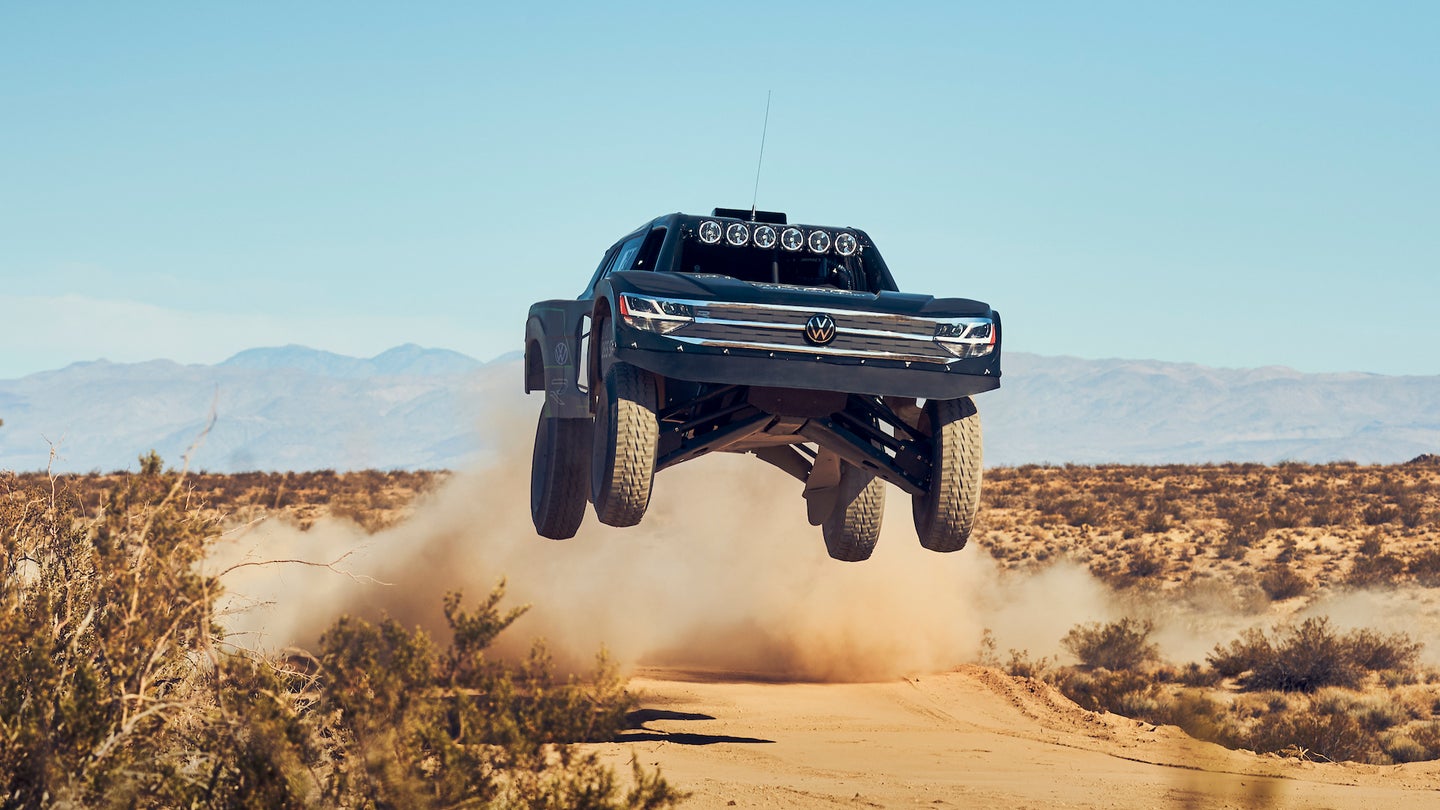 Volkswagen announced at the 2019 Los Angeles Auto Show that next year it'll return to the one race that its cars helped make great—and extremely popular: the Baja 1000. And it will do so with a trophy truck silhouette racer modeled after its newest crossover the 2020 Atlas Cross Sport.

Wolfsburg hopes to find an edge on its Baja Class 7 (Open Production Unlimited) competitors by fitting the Atlas Cross Sport R with what you'll be surprised to hear is a class-first four-wheel drive. Cylinder count in Class 7 is limited to six or fewer, so Volkswagen Motorsport has repurposed the turbocharged, production-derived two-liter from its World Rally Championship and rallycross programs for use in the Atlas Cross Sport R. Though capable of 600 horsepower, this engine will be detuned to 480 for Baja—a race notorious for eating cars alive.

Merely a concept truck for now, the Atlas Cross Sport R is undergoing development with the consultation of all-terrain racer Rhys Millen and Volkswagen Motorsport's ARX champion Tanner Foust, who'll campaign the truck in the 2020 Baja 1000 a year from now. By then, the truck will wear a livery chosen as part of a contest that opens early next year, wherein Volkswagen Motorsport will encourage submissions from art students across America.

"I know what this combination of engine and drivetrain is capable of. I'm really excited to see this bit of Beetle DNA live on in the Atlas Cross Sport R and am itching to get behind the wheel," said Foust, who drove a Volkswagen Beetle to victory in the final season of the Americas Rallycross Championship this year.

Continuing to race a fossil-fueled truck is a tad antithetical for an automaker that swore to be among the first to go exclusively electric for environmental reasons, and has invested so much in its record-trampling ID.R electric prototype. The irony isn't lost on Volkswagen, which will compensate for its Baja program's carbon impact with contributions to The Conservation Fund, which will see one tree planted per Baja mile raced—1,000 trees in total. It may be a drop in the bucket of corporate climate action that needed to be full years ago, but it's better than nothing.