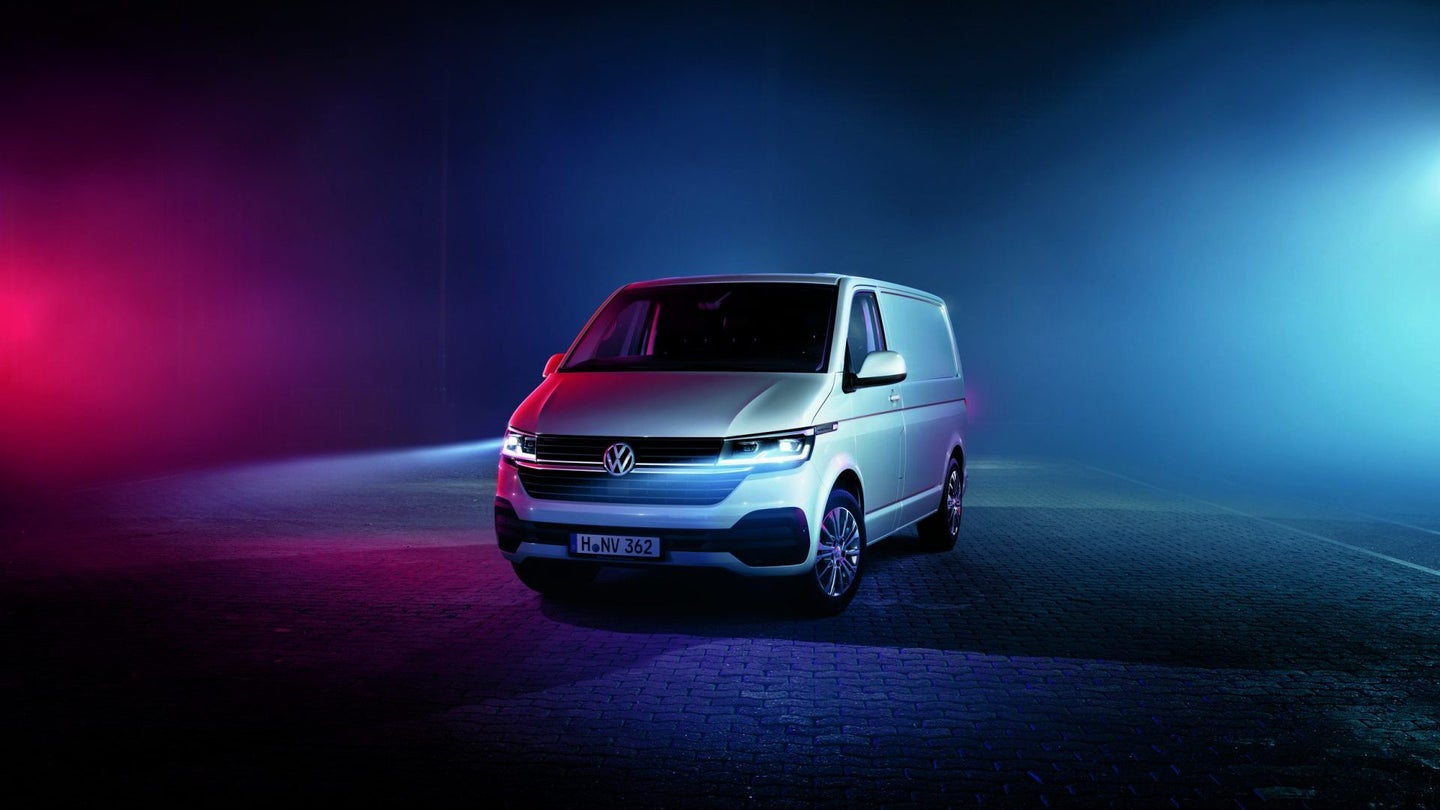 Volkswagen unveiled its latest iteration of the Transporter panel van at the Bauma 2019 construction trade show on Monday. Officially designated Transporter 6.1, it isn't a completely new van but is a "large redesign" of the T6. Needless to say, we really want it, but unfortunately, we can't have it.

In addition to the panel van layout you see here, the Volkswagen Transporter 6.1 can also be had with windows (Kombi style) as well as a single or double cab pickup truck. It'll be powered by an array of 2.0-liter turbo diesel engines with outputs ranging from 89 to 196 horsepower.

Among the changes is the switch to electric power steering from hydraulic, which has allowed VW to fit its workhorse with a bunch of active safety driver assists. The T6.1 can be had with Lane Assist, Park Assist, a side protection warning, Rear Traffic Alert, Trailer Assist, a dynamic Road Sign Display, as well as something that you won't likely find in a Passat: Cross Wind Assist. As you may have surmised, Cross Wind Assist stabilizes the top-heavy van in the event of strong winds.

On the inside, the updated German work van now gets a 230-volt socket near the driver's seat and a lockable compartment underneath the passenger-side double bench. What's more, long pieces of cargo can now be partially stowed under that same double bench seat, increasing total cargo capacity by up to 400 millimeters.

To make business behind the wheel easier, the T6.1 features electric windows, central locking, electrically-adjustable and heated mirrors, and Bluetooth as standard on all models. Available as an option is the third-generation of VW's MIB infotainment system that, crucially for fleet vehicles, includes the ability to integrate a SIM card.

Due out in the next few years, expect a fully-reworked VW van to take heavy inspiration from the I.D. Buzz Cargo Concept. In other words, all-electric tech wrapped up in '60s Hippie-bus styling.

VW doesn’t see a market for an amped-up, all-wheel-drive sedan.