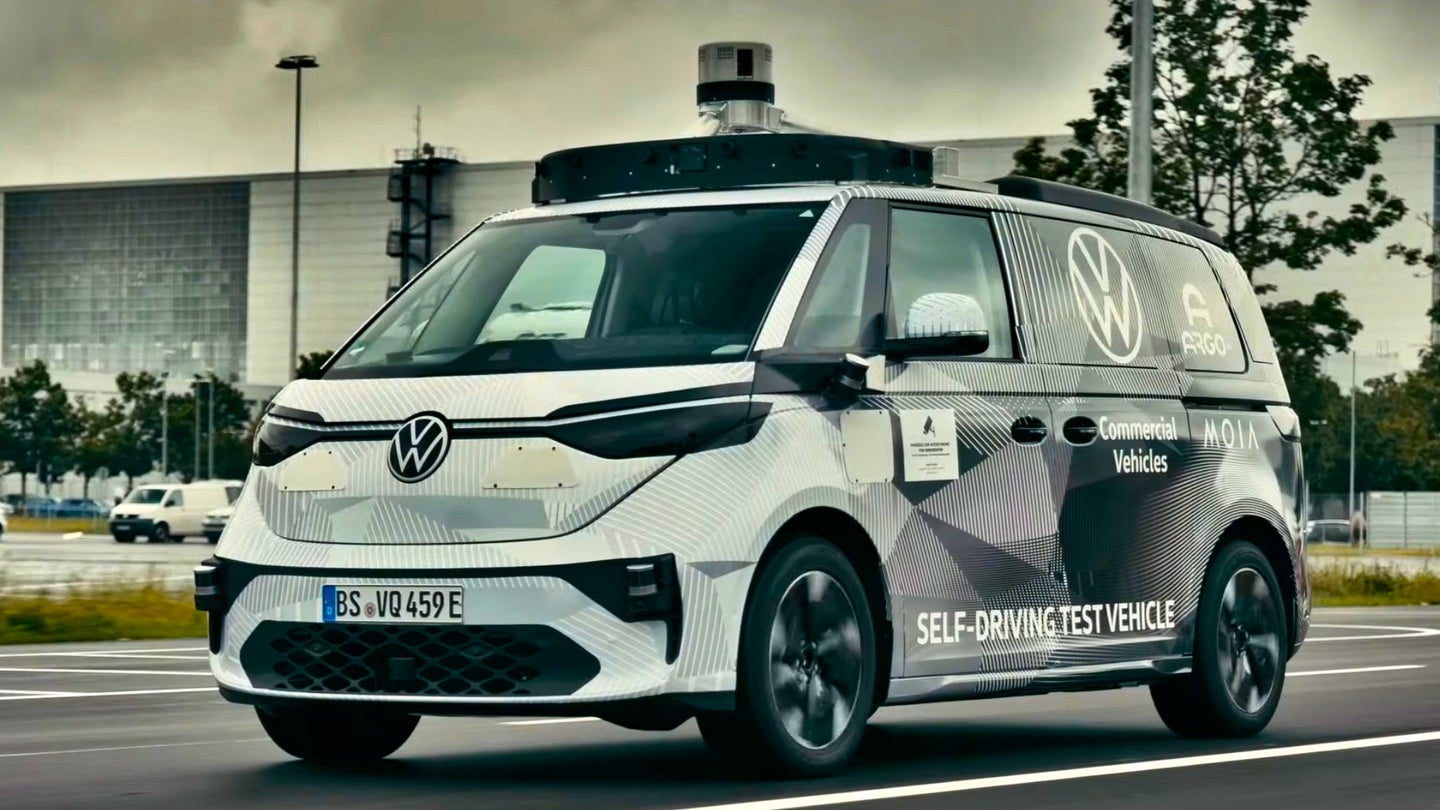 Volkswagen's ID Buzz has generated quite a... stir... since launching officially earlier this year. The company isn't simply content to build a capable electric van and cargo hauler, however. VW intends to also produce a self-driving version capable of working as a self-driving taxi or a delivery van, as reported by Automotive News.

While the self-driving vehicle will be based on the ID Buzz, it will differ significantly from the mainstream consumer version. Head of VW's commercial vehicles unit, Carsten Intra, notes that "This will not be an evolution of the ID Buzz, but really a special purpose vehicle (SPV)."

Thus, it's likely that the autonomous vehicle will have a purpose-built body and interior to suit its specific role. The SPV is being designed to work as a delivery van, shuttle service, or robotaxi. It makes sense to optimize the vehicle for these roles, rather than compromising by simply using a standard ID Buzz modified to suit. Intra indicated to Automotive News that this will enable a more efficient use of interior space, optimizing the design to best handle passengers and baggage, for example.

Beyond the fact that it's an autonomous vehicle based on the ID Buzz, precious few details have been revealed. While the design seems intended for a high level of autonomy, whether or not the vehicle will have a steering wheel remains "an exciting question" according to Intra. The vehicle is "still in the concept phase" with Intra adding that "We're going to need a big jump nd not just bring the ID Buzz forward."

Volkswagen has been working towards this goal for some time, engaging Argo AI as a partner in its autonomous driving projects. The pair released a video last year demonstrating the ID Buzz Autonomous Driving Test Vehicle, shown covered in sensor packages to enable it to perceive the world around it.

VW intends to launch robotaxi services in Hamburg by 2025, expanding to 50 cities across Europe and North America by 2030, according to Intra. The company may cooperate with existing rideshare operators like Uber or Lyft in the US, but plans to operate the service itself in the European market, says Michael Obrowski, the finance chief of VW's commercial vehicles unit. The company intends to operate at a profit by 2030, according to Obrowski, a somewhat alien idea to many rideshare operations.

The cargo version of the new electric van will have a three-person front-seat configuration: a driver’s seat plus a two-person bench seat beside it.