Uber Is Adding NYC’s Yellow Taxis to Its App, And It’s Not Stopping There

Uber wants to list every taxi in the world on its app by 2025. 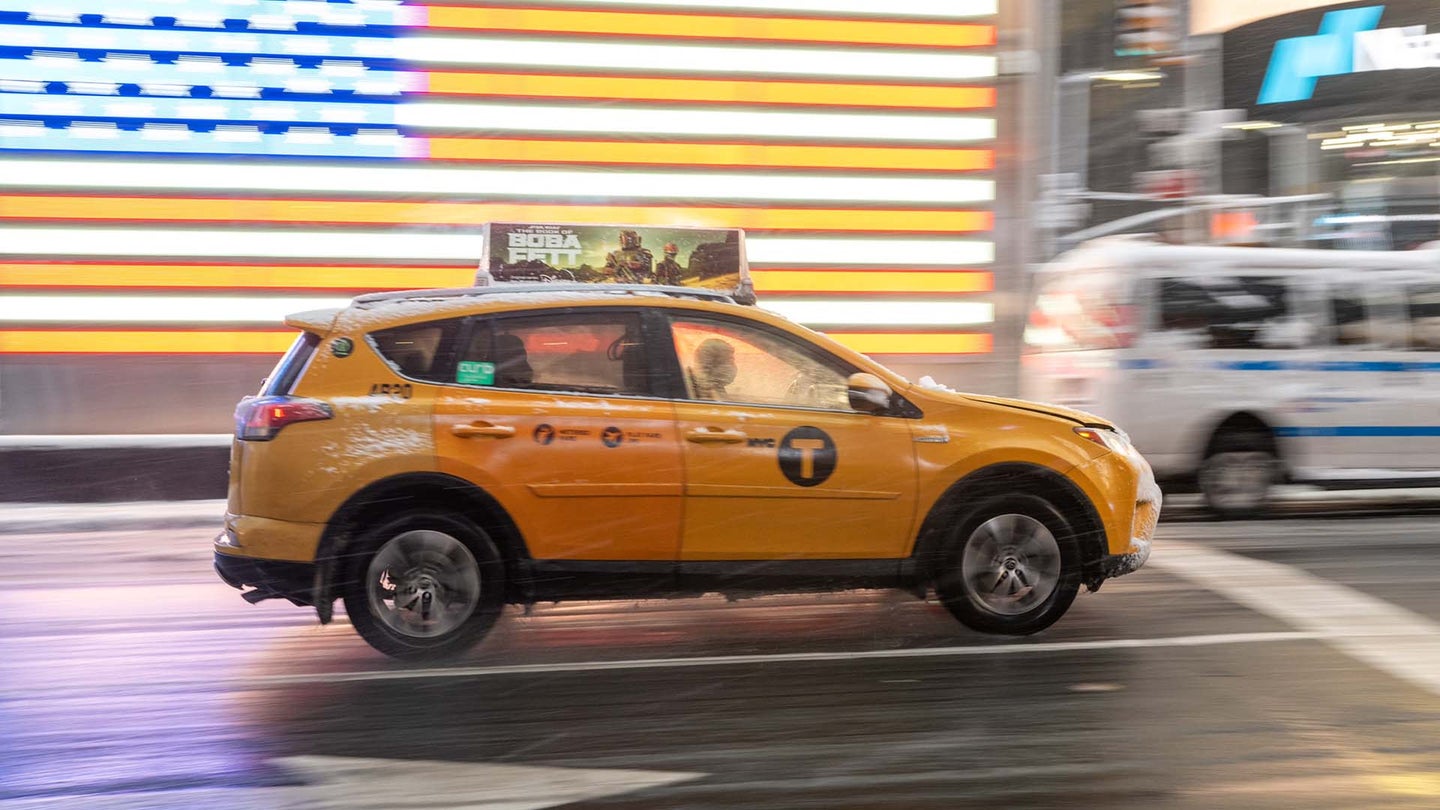 Uber has been the taxi industry's greatest antagonist for about a decade. The ride-sharing giant commandeered such a huge chunk of the market that waves of formal taxi drivers lost their jobs, and many who have stuck around struggle to pay their medallion fees. The rivalry has been very ugly and very public, and that's what makes Thursday's announcement so surprising: Uber will list all New York City taxis on its app, and that's just the start.

The news was first reported by the Wall Street Journal, which quotes Uber’s Global Mobility Chief Andrew Macdonald as saying, “It’s bigger and bolder than anything we’ve done." Rather than competing against one another, the two sides have formed an alliance that they see as key to solving Uber's driver shortage and keeping taxi professionals employed. The move is set to take effect this spring, Uber says.

The New York City Taxi and Limousine Commission’s software partners are going to integrate their apps with Uber's. These services are used by NYC's 14,000 or so taxis that are currently in operation.

Uber says passengers will pay about the same amount for a taxi ride booked through its app as they do an Uber X trip. Driver compensation can vary, though Uber says its drivers typically make more than the minimum time and distance rate set by the TLC. Taxi drivers who take on Uber-supplied jobs will be paid the same way.

Crucially, NYC taxi drivers will be able to view expected earnings from each trip, and they'll be able to decline the job if it's not worth their while. This isn't possible for regular Uber drivers in New York. Uber and its taxi partners will, of course, take a share of each fare, though exactly what percentage that'll be was not released. Uber's global take rate for rides in the fourth quarter of last year was 20 percent.

By 2025, Uber wants to list every taxi in the world on its app. “It’s certainly ambitious,” Macdonald told WSJ, but “I certainly think it’s possible.” The details of how this could feasibly materialize are yet to be seen, but it stands in stark contrast to the disruption model that Uber clung so dearly to.

Where Are All the Robotaxis We Were Promised? Well…

It’s 2022, and the world is still missing the self-driving taxis we were told we’d get by now. Here’s what’s taking so long.