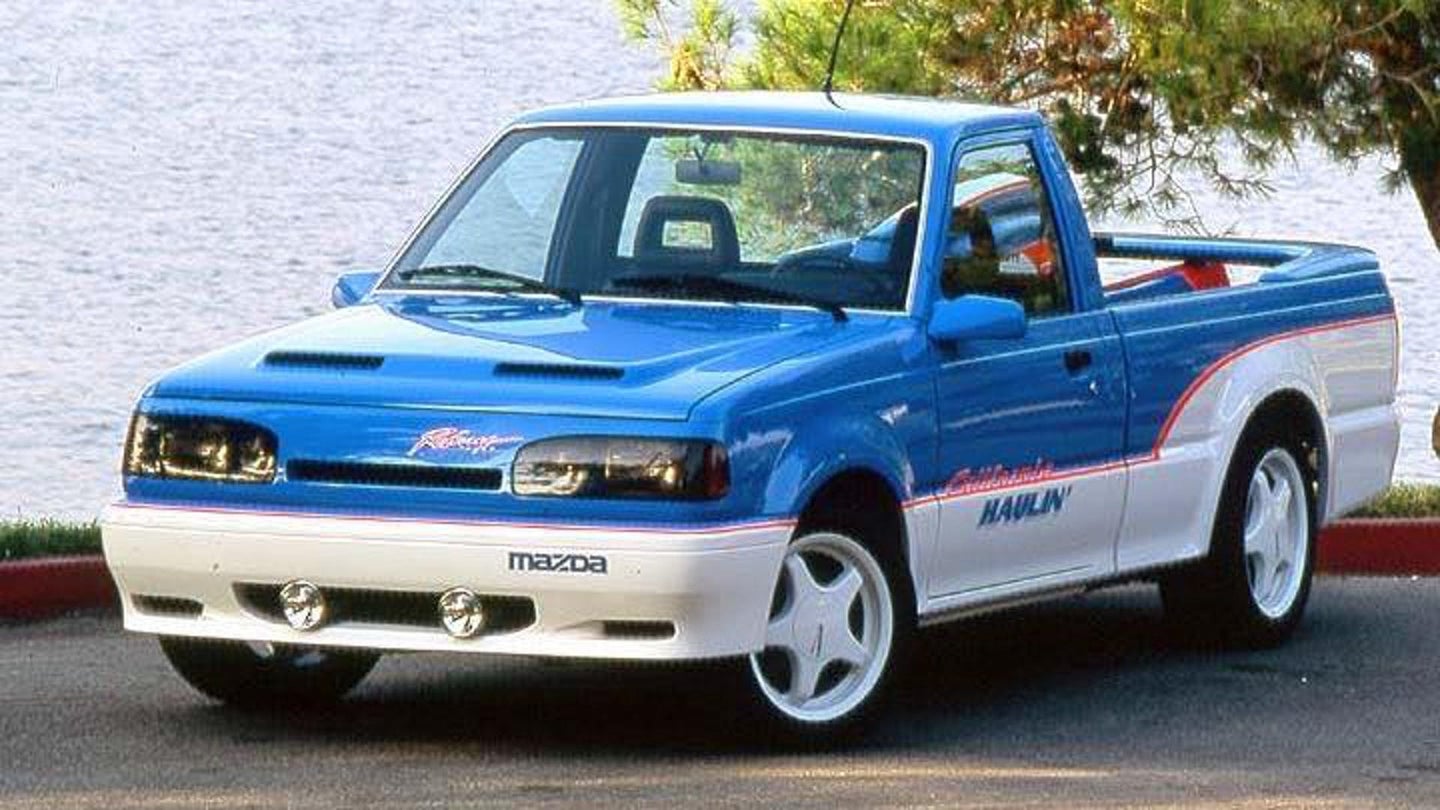 If Jon Bois wrote about trucks rather than sports, he'd avow to loving normal pickups as much as anyone else, but he'd argue that we have all the normal trucks we could ever want. Surely, once every 100,000 trucks or so, you can find room for one pointless, silly, form-over-function truck, and such is the case of this turbocharged, rotary-powered Mazda B-series surf truck.

Mazda commissioned performance shop Racing Beat to build such a vehicle in 1989, which Speed Hunters reports was called "California Haulin'." A likely throwback to the rotary-engined Mazda REPU of the '70s, California Haulin' was a concept truck by any definition. Wrapped in a custom fiberglass body with aftermarket fog lights and a period livery you could swear you've seen in half a dozen bowling alleys, California Haulin' ingested air through twin hood scoops, which passed through a top-mounted intercooler.

This was plumbed into a turbocharged rotary engine, allegedly borrowed from a 1987 RX-7 Turbo II, and linked to a four-speed automatic transmission. Good for just 185 horsepower and 183 pound-feet of torque accessible no lower than 3,500 rpm, California Haulin' was far from being the most capable at pickup truck stuff, but it did manage to carry a matching Kawasaki JS550 jetski to make us green with envy.

Sometime between a 2009 photoshoot and the truck's last spotting at a 2015 Cars & Coffee in California, the original wheels were swapped out for a set also borrowed from the third-generation "FC3S" RX-7. Since then, however, California Haulin' has seemingly dropped off the map. If you know where to find the owner, give us a shout; we'd love to crank up the vaporwave and go for a cruise.