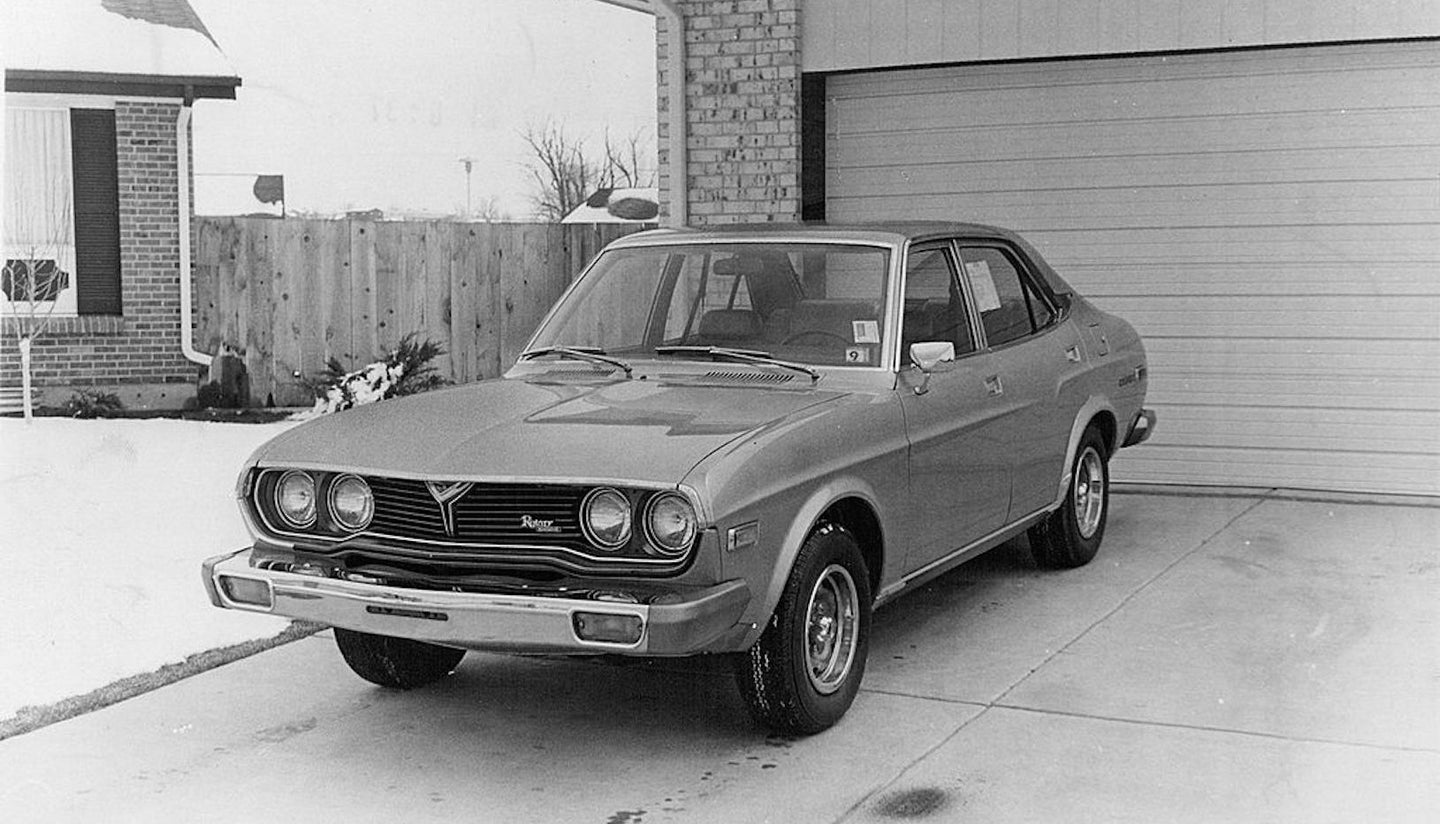 Mazda had to put their darling Mazda RX-8 out to pasture in 2012. A number of factors were responsible, from the rising fuel prices to more restrictive emissions guidelines. The weaknesses inherent to the rotary engine—poor fuel economy, heavy emissions, and weak performance at low RPM made their Renesis engine inadequate compared to modern designs. Rumors have since floated around among rotary engine fans that Mazda has been secretly developing a new rotary engine that will form the heart of the next RX-series sports car.

But be warned: evidence supporting these hopes is sparse.

Here's what we know, and what suggests that hopes for a Mazda RX-9 have foundation. The first, Mazda's intent to implement HCCI into their SkyActiv gasoline engines, according to Nikkei. HCCI, or Homogenous Charge Compression Ignition, is a system in which compression ratios in engines can be raised, boosting fuel economy and power output, by using compression to ignite the fuel instead of a spark plug. This will boost Mazda’s average fuel economy figures well into the zone above CAFE requirements for gas mileage, compensating enough to allow them to potentially develop, manufacture, and release a car that does not need to meet CAFE requirements, such as their RX-series sports cars.

The second development is nearly a year old, but still demands attention. Autoblog reported on a patent application by Mazda regarding a fresh redesign of the rotary engine, featuring modified architecture in the name of tight packaging. It also exploits a valve over its exhaust port that can open and close high and low RPMs—all for the sake of improving exhaust flow across the rev range. This concept, dubbed the 16X, also utilizes port fuel injection, unlike any previous rotaries.

The third and most recent piece of news to surface regarding Mazda’s rotaries comes from another patent filing. According to the US Patent and Trademark Office’s website, this patent adds a stop-start function by sealing the engine’s intake ports with its rotors. This integrates a system in which a spark plug is fired after the fuel cut during shutdown, presumably to eject exhaust gas rather than unburned fuel, and to prevent potential flooding. This system would eliminate the wasteful idling inherent to internal combustion engines, both increasing gas mileage and reducing emissions.

None of these new technologies by themselves herald the coming of an RX-9 by any means, but they suggest Mazda has not yet given up on the idea of another rotary-powered car. Even if for no reason other than more competition in the sports car market, let us hope they too wish for the rotary to ride again.

Don’t Expect to See Any Rotary Cars for a While

Mazda had us hoping, but plans for the RX-9 have been nixed.

For Rotary Engine Lovers, “Notes on a Triangle”