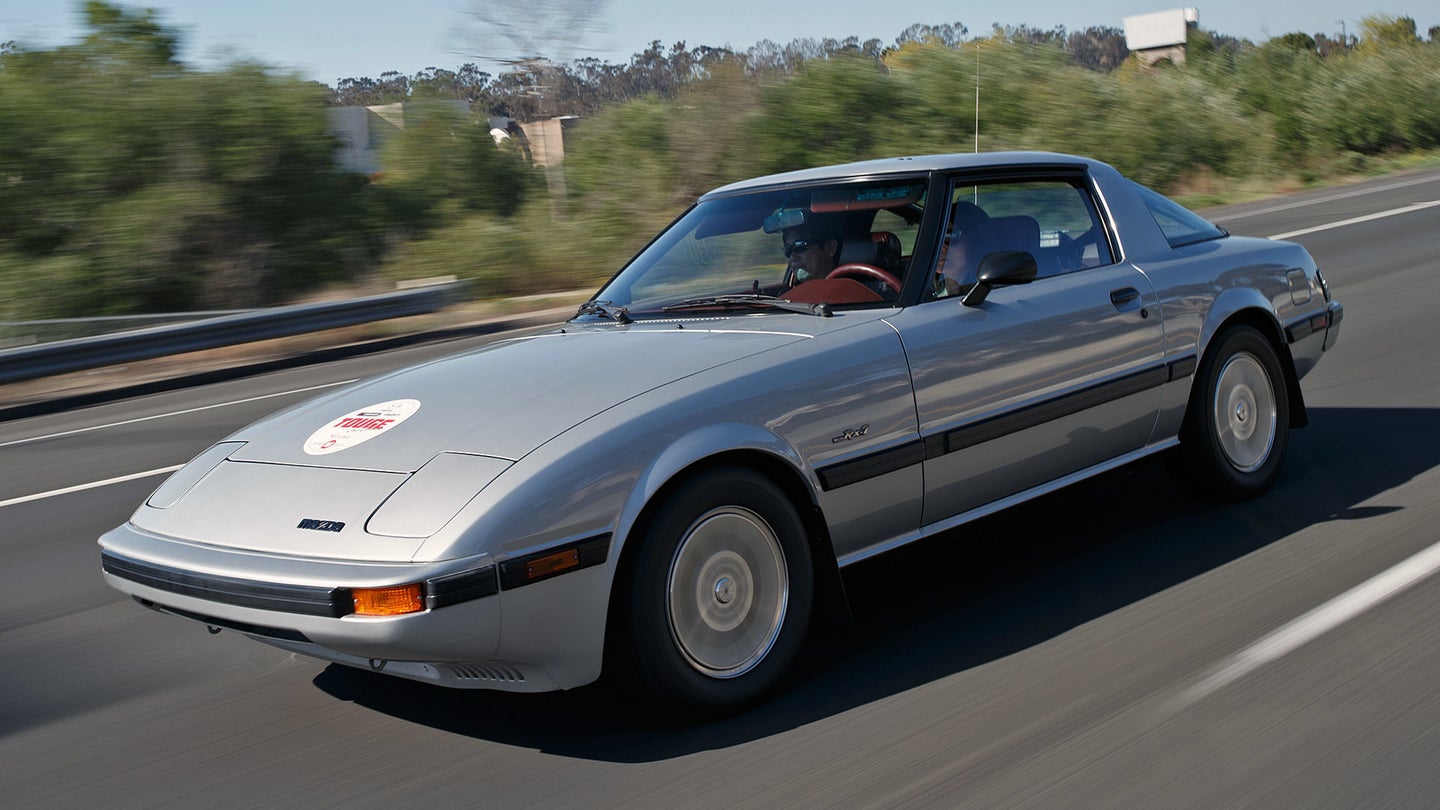 The Mazda Cosmo Sport 110S turns 50 this year, and the company has big plans to celebrate it. After all, the little sports car is quite special to Mazda; it was the first mass-produced sports car to be powered by a rotary engine (and actually work). To honor that heritage, they're once again teaming up with Japanese Nostalgic Car this July to sponsor the annual Touge California Rally in the canyons and mountains outside Los Angeles, the country's only road rally dedicated to classic Japanese cars.

Japanese Nostalgic Car founder Ben Hsu was inspired to start the event three years ago in the spirit of classic rallies like the Mille Miglia, and Mazda quickly took note and became an official sponsor last year. The rally has only grown in size and participation since then, and with the Cosmo's golden anniversary this year is bound to be a good time.

The course will take drivers through 200 miles of twisty SoCal roads and end at Mazda's headquarters in Irvine, where participants will be given a special tour of Mazda's most historic car collection. The event may be Mazda-centric, but any vintage Japanese car is welcome; your '77 Toyota Celicas and V8-swapped Nissan 240Zs can play, too.

The Cosmo Sport 110S was the first car to use Mazda's new Wankel engine, shocking the world when a prototype debuted at the 1963 Tokyo Motor Show with its tasteful styling, technological achievements, and impressive performance. While the engine had a lot of problems when the car went on sale in 1967, Mazda persevered and capitalized on its mastery of the new engine type where other companies had failed.

The car eventually paved the way for the legendary, Wankel-powered RX series that so many enthusiasts know and love. Whispers of the newest rotary car in the lineup continue to circulate the web, and with the recent surge in small sports car sales, we're holding out hope that Mazda wants to experiment again.