Mazda Taunts us With the RX-Vision

They could build this, but they just don't wanna. 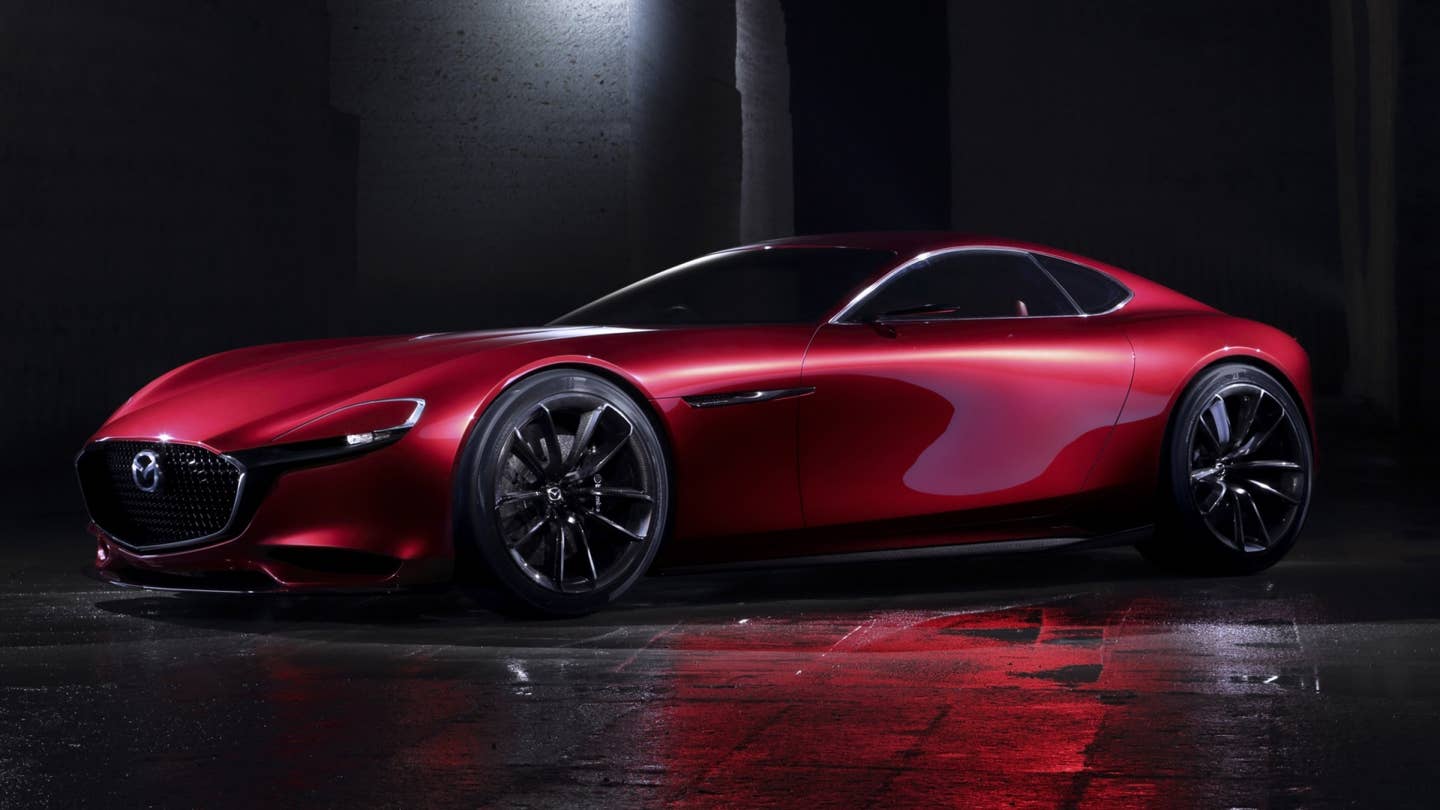 Mazda has killed off our hopes for a rotary powered sports car, at least for the time being. The company's CEO Masamichi Kogai stated that another rotary just isn't in the cards for them right now, but the possibility of a wankel-electric hybrid is there for the future. This, the RX-Vision concept car, displays that the company is still capable of producing a radical, out of the norm sports car. We thought that this could be a glimpse at an eventual RX-9, but to no avail. Although Mazda dismissed the project, they still released this video of the stunning piece of artwork you see here.