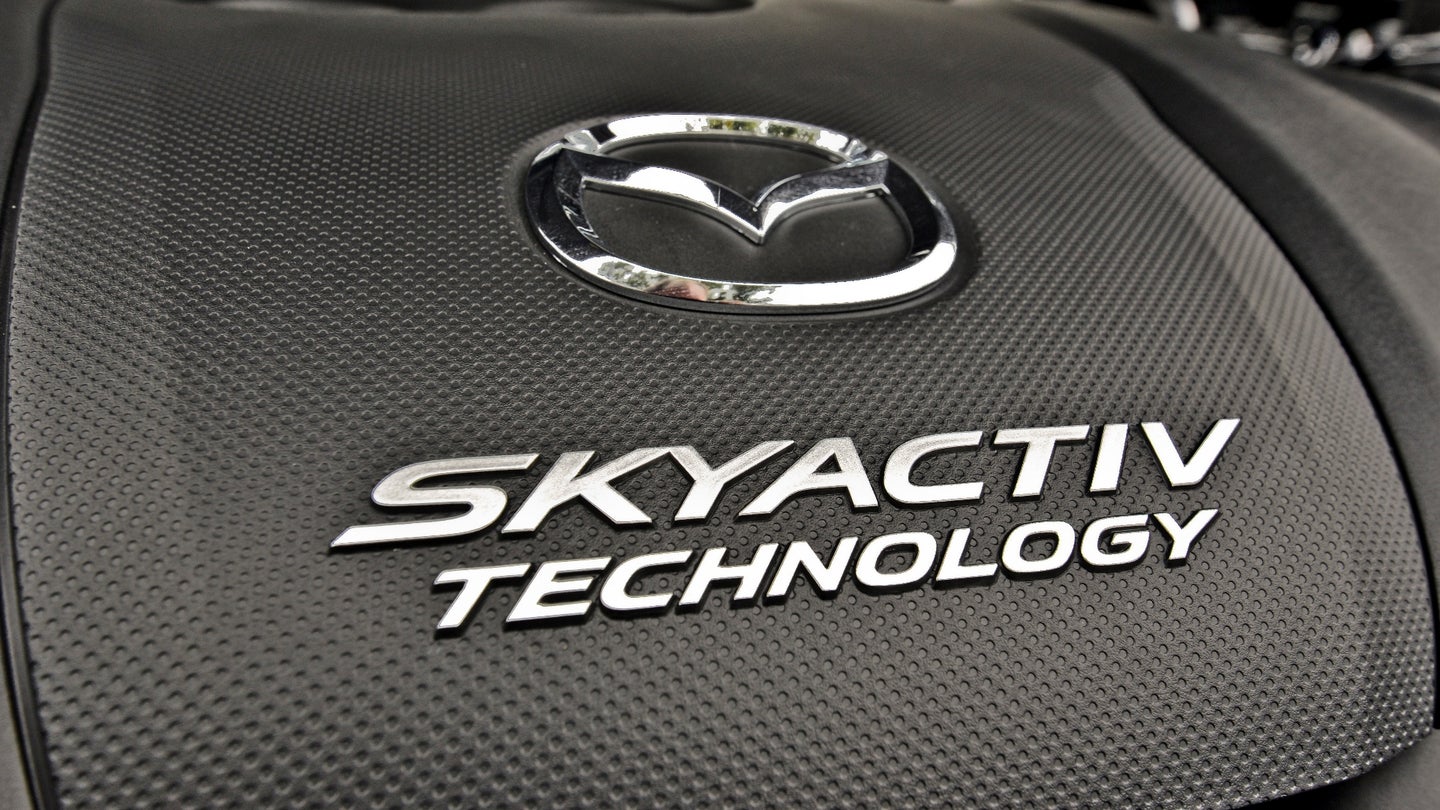 Mazda confirmed that it's developing a homogenous charge compression ignition (HCCI) engine to come to its lineup in 2019 in a press release Tuesday following rumors of a “revolutionary” new engine technology coming from automaker on Monday. This isn’t the first ever HCCI engine, but it is the first one commercially available.

Mazda’s new engine will be called Skyactiv-X. It’s kind of like a diesel in the sense that the fuel-air mixture in the cylinders will ignite by compression, but it won’t require diesel fuel. Skyactiv-X will have a proprietary combustion method that makes it commercially viable in a way that HCCI engines haven’t been before. It’s called Spark Controlled Compression Ignition which means unlike a diesel, it has conventional spark plugs which will turn on at low revs so the engine isn’t relying on compression ignition through the whole rev range.

Unlike most diesel engines which are equipped with turbochargers, the Skyactiv-X HCCI engine will be supercharged which will give is a 10-30 percent torque boost over the current Skyactiv-G engine. Mazda is claiming fuel efficiency will be 20-30 percent better than the gas engine it’s replacing and a whopping 35-45 percent more efficient than a Mazda engine the same size from 2008. Mazda currently makes a Skyactiv-D diesel engine and the company said the Skyactiv-X will be as efficient or more efficient than their own diesel.

This is an intriguing alternative to diesel or even electric power. A Mazda executive was just talking about how he believes the "death of the internal combustion engine is overrated". As a smaller brand without the resources to go all in for EVs, this kind of innovation is exactly what Mazda needs to stay competitive in the future.

The automaker is also reproducing original parts for the iconic roadster.