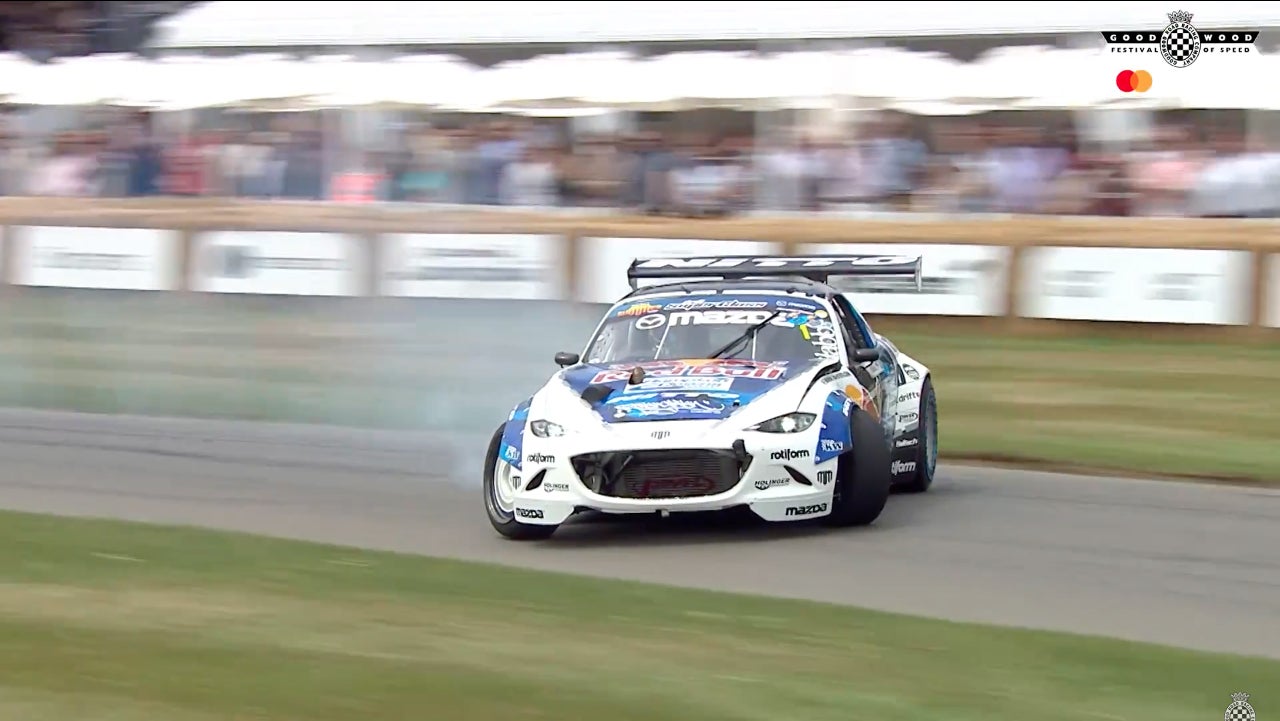 His real name may be Michael Whiddett, but everyone today just knows him as Mad Mike, the crazy drifting New Zealander with a penchant for rotary engines. He made himself an automotive internet icon with his antics in his 26B-swapped, twin turbo FD RX-7, known as the MADBUL, and since then, he has taken the car's successor, the HUMBUL, to a Formula Drift win in Japan, at Ebisu. He has not restricted himself to RX-7s, however, as he brought his "RADBUL Gen2" to the Goodwood Festival of Speed, to compete in their new drifting showcase, held for the first time this year.

The RADBUL Gen2 is a third-generation Mazda MX-5, but fitted with current fourth-generation bodywork, and rather than the factory-equipped 1.8 liter naturally aspirated four cylinder engine, it has a twin turbo, quad rotor replica of Mazda's 26B race engine, made iconic by the 787B endurance racing car, which won the 1991 24 Hours of Le Mans, making the company the first, and so far, the only Japanese marque to have won the esteemed race. Try as Toyota might, they just haven't yet managed to join Mazda in the history books at Le Mans.

For more coverage of this year's Goodwood Festival of Speed, one need only find the Goodwood Road & Racing YouTube channel. They have uploaded most of the event's finest moments, from the run of the new Porsche 911 GT2 RS to the winning run of the Jaguar XJR-12D, or the NASCAR Truck time set by current test driver for Amazon's The Grand Tour, Mike Skinner, known only as "The American."

Or, instead, because the odds are good that the type of person to click on a drifting story just wants more drifting, Goodwood has uploaded a collection of videos from the drift showcase only. Enjoy.