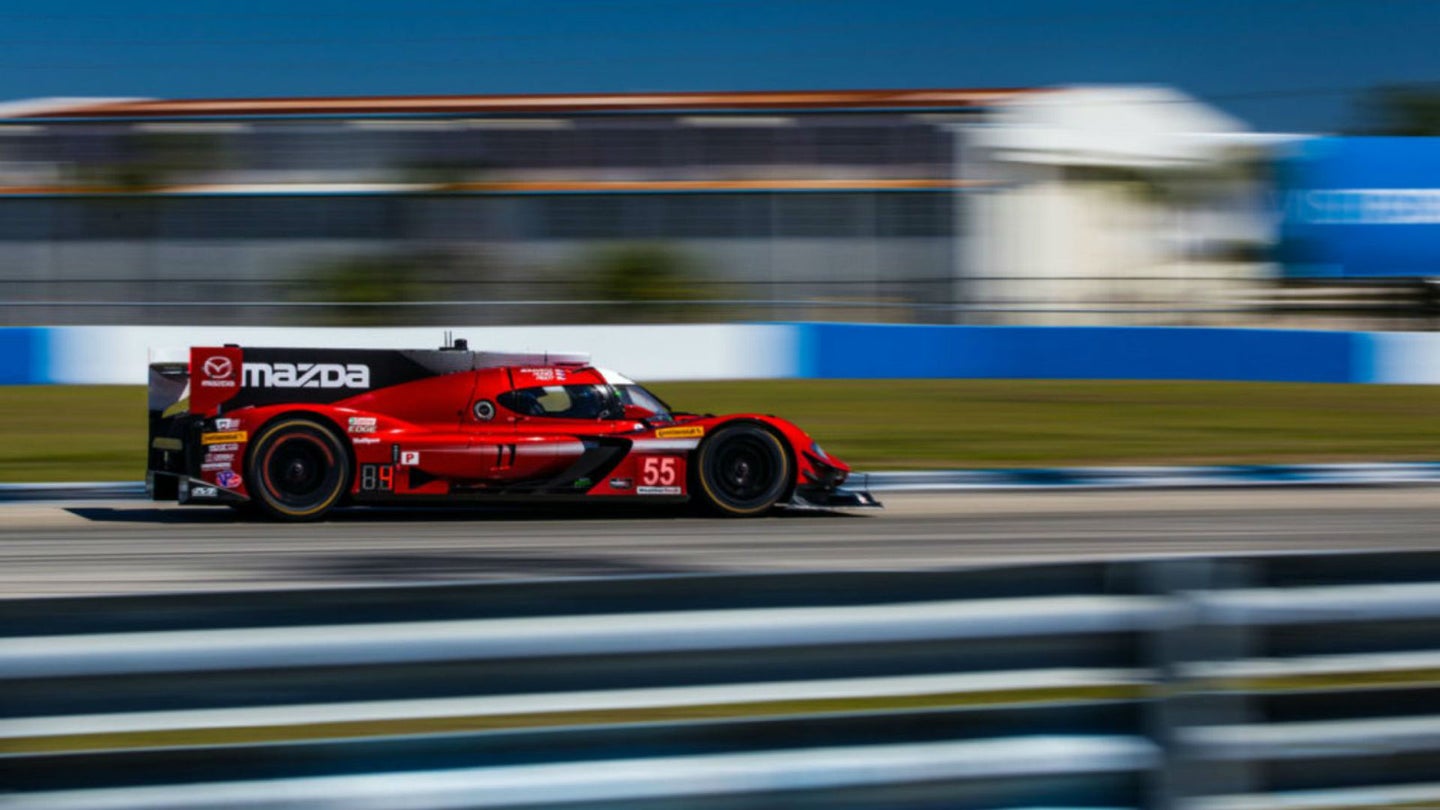 Mazda Team Joest is managing steady development of its DPi racing program for next year's IMSA WeatherTech Sportscar series. The well-accomplished outfit will face tough competition from its rivals at Team Penske/Acura, so recent testing at Daytona and Sebring has certainly been vital for its performance next season. Despite working with relatively small four-cylinder turbo power units, Joest has reportedly posted strong lap times around the Floridian tracks which could foreshadow an interesting contest up top in the series' fastest prototype class.

Based on a Multimatic-built platform, the team's Mazda RT24-P DPi racers are baked fresh for 2018. The program split from its former partner, SpeedSource, to allow time for the car's development ahead of next season's highly anticipated competition. In the prototype category, Joest will be tasked with overrunning outfits like Penske and Tequila Patron, both of which showed promise at this season's finale, Petit Le Mans.

Mazda has been working in tandem with Joest throughout the development stage, offering support at the track as well as in the lab.

"Mr. Joest and I had a chance to be together a few weeks ago in Germany and from what we've seen in testing, with the entire effort Multimatic has put forth with aero, suspension, and cooling optimization updates to the RT24-Ps, we're pleased with all of the work and processes we've seen," Mazda motorsports director John Doonan told RACER.  "We've had drivers giving direct back-to-back comparison of what we had before to what we have now, the car has been completely transformed. We're encouraged we'll be able to fight at the front and vie for wins and championships. This is exactly what we've been planning to do."

To make up for the slight deficit of straight-line speed, Joest, Multimatic, and Mazda have worked towards reliability as a strengthened attribute. In doing so, they've reworked the RT24-P's insides to allow for cooler running temps and enhanced breathability, even while producing 600 horsepower from the 2.0L turbo. This, Doonan believes, will help keep the team towards the front of the field on race day.

"We met first with Multimatic about what was needed, and there were some areas that had options for improvement, and one was improving the overall environment the RT24-P's engines live in," Doonan explained. "They did a massive amount of studies and had a lot of input from AER on improving the climate for the engine, and that will help, and AER has done long runs on the dyno to complete Daytona, complete Sebring, and give us the best chance of finishing where we want to be."

The team is expected to release its driver lineup as well as other specifics before Christmas.

"We take what we do in motorsports to tell our story to the broadest audience possible," Doonan said. "And we'll be making an announcement that won't be ready for the Thanksgiving table, but will be here before Santa arrives."