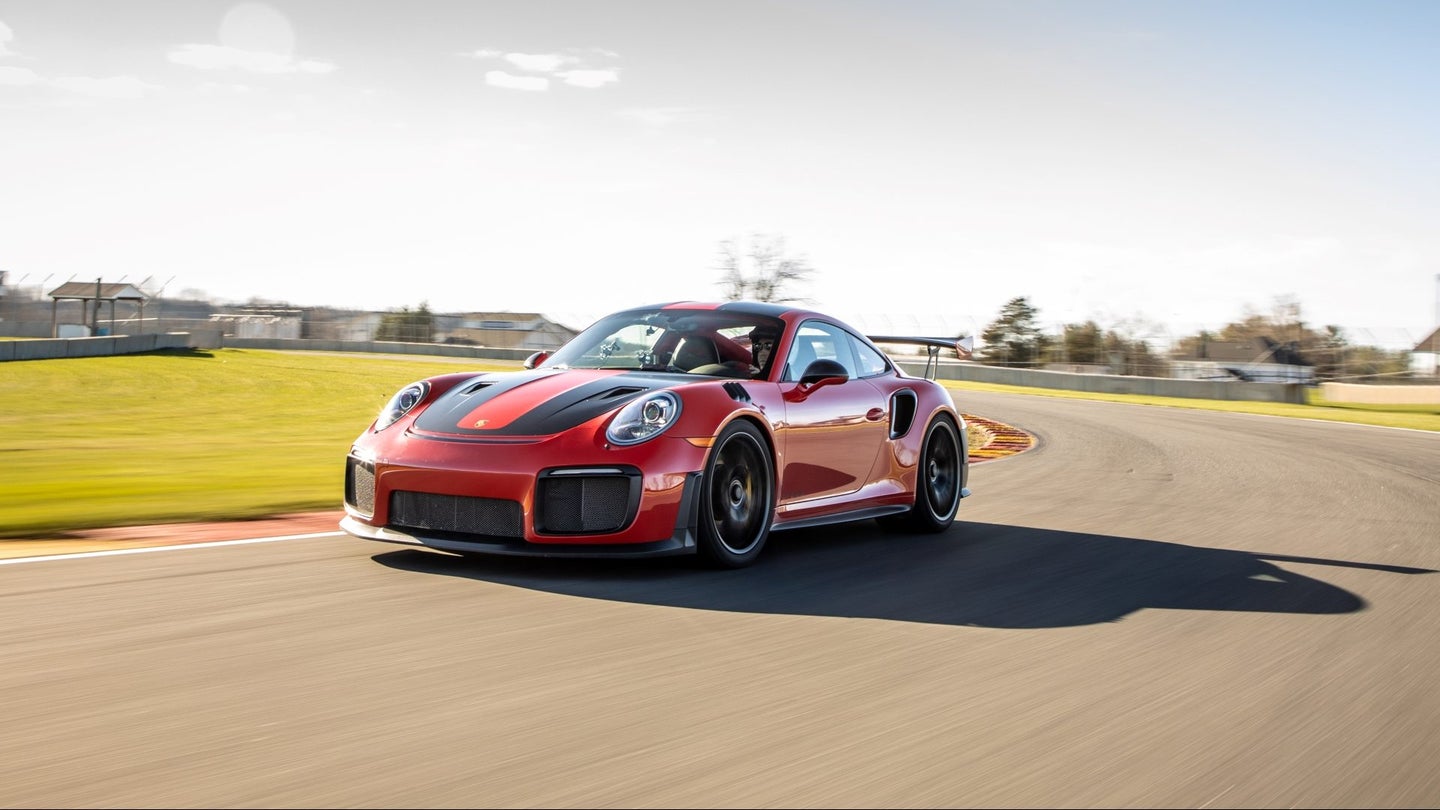 The Porsche 911 GT2 RS is on a bit of a warpath, racking up records left and right. Its latest conquest? Elkhart Lake, Wisconsin's Road America. The amped-up 911 recently lapped the 4.048-mile track in just 2:15.17, successfully claiming the production car lap record for yet another major North American circuit.

The car was piloted by 24 Hours of Daytona and Le Mans class winner David Donohue, who apparently clinched the record in just two laps, highlighting—according to Porsche—"not just the track capability, but also the approachability of the car." Ensuring us that no tire-based trickery was involved, Porsche says the lap was done on a set of street-legal, factory-optional Michelin Pilot Sport Cup 2 R N0 rubber.

To provide a frame of reference (and because, well, why not?), Porsche also sent a GT3 RS around Road America's 14 turns on the same rubber. It did it in 2:18.57, more than three seconds slower than the GT2 RS.

So, the more powerful and expensive Porsche is the faster one around the track. Shocker.

A month ago, the mighty 911 GT2 RS broke the production car lap record at Road Atlanta. It's also the fastest production car to lap both Willow Springs and Laguna Seca. An example modified by Manthey Racing officially holds the title of the fastest road-legal car to go around the Nürburgring.

At this rate, it might become easier to list the tracks this car doesn't hold a record at rather than name the ones where it does.

The Porsche 911 GT2 RS is propelled by a 700-horsepower, twin-turbo 3.8-liter flat-six based off the engine found in the 911 Turbo S. Unlike the Turbo S, this one is purely rear-wheel drive.

The outright lap record at Road America is held by legendary racing driver Dario Franchitti, who lapped the famous circuit in just 1:39.866 back in 2000 with his CART racer. Yes, that's more than 36 seconds faster than the GT2 RS' lap time.