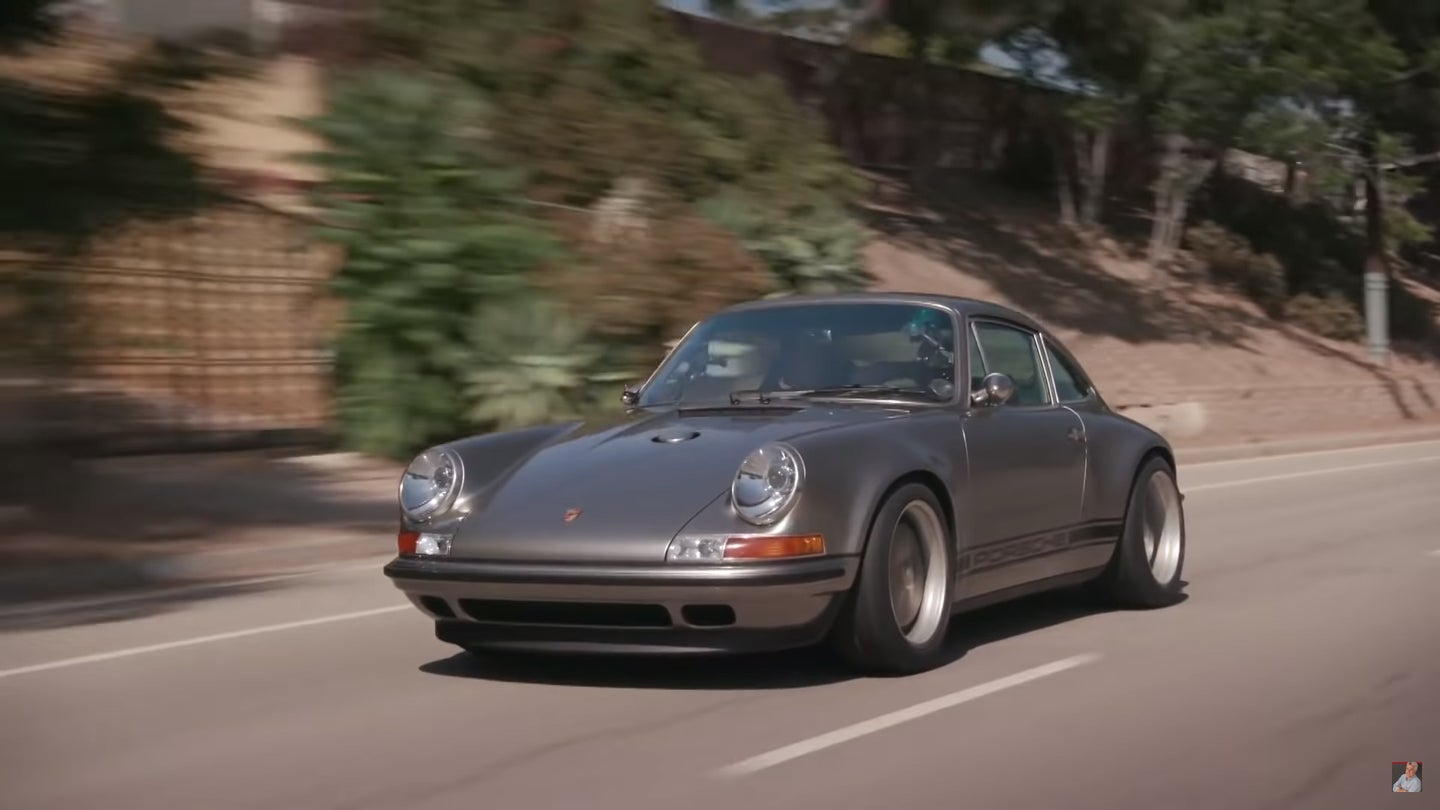 If you're a fan of Porsches, you likely know about Singer. The automotive builder's name is synonymous with Porsche perfection, and each car that leaves the shop is another example of top-tier craftsmanship. Now, after 100 restorations, Singer brought its latest example to visit car-crazed comedian Jay Leno before the work of art is sent to its new owner.

Leno, a notorious Porsche fan who loves the cars almost as much as collector Magnus Walker, was surprised to learn that Singer was based only a few blocks from his garage; the comedian would read about the shop's renowned quality builds in magazines and assumed that the company was located near Austria or some other European country.

For the build, Singer ripped out the car's stock 3.6-liter and stuck a more robust 4.0-liter air-cooled monster in its place. Its new heart produces a bountiful 390 horsepower and 315 pound-feet of torque which, alongside the 964's nearly all-carbon fiber body, makes the 2,670-pound car the perfect weekend cruiser or canyon carver. It might not be Singer's highest-power Porsche, but we're positive it'll get the job done.

This particular 911 was chosen by the shop to represent what it views as the epitome of air-cooled P-cars. The Porsche 964 platform is a well-regarded modern classic among the community, and as is evident, Singer tends to feel pretty strong about its potential. Fortunately, Porsche built around 64,000 examples of the 964, so if you have the cash, there's no shortage of perfection.

The California-based restoration company has become the de facto standard when enthusiasts look to bring a classic Porsche up to modern standards. Singer has been restoring air-cooled Porsches since it took its first order in 2009 after that year's Quail Gathering. The company earned a reputation for its exceptional work on custom air-cooled Porsche coupes and Targas, ranging from the 964 to the car that marks Porsche's end to its air-cooled era, the 993.

Lightweighting Most Manic: The 911 from Singer-Williams’ DLS