Designer and Car Collector Magnus Walker Talks About His Porsche 924

YouTube channel Petrolicious sits down with the Porsche-file to talk about his love of Porsches and his Porsche 924. 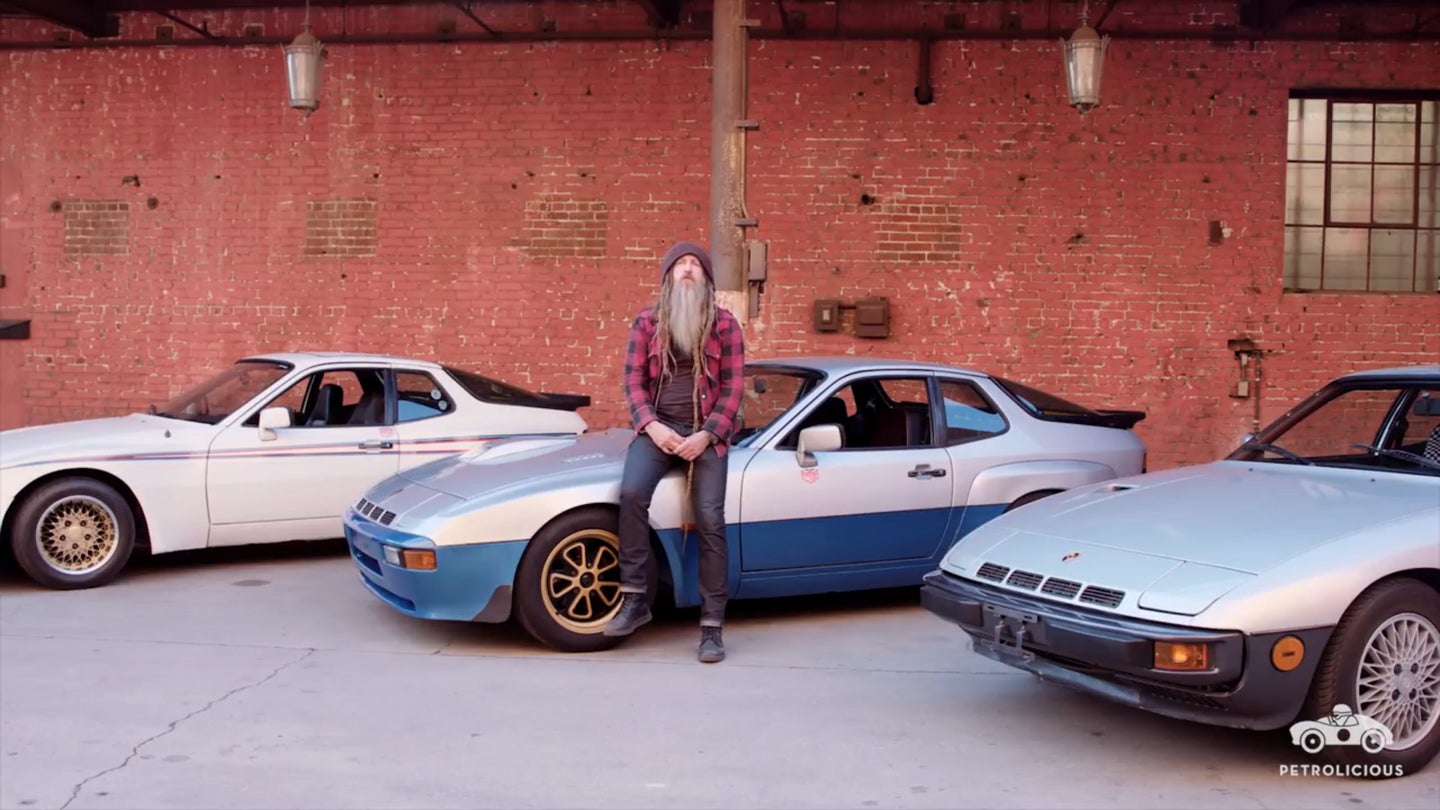 Magnus Walker, usually known as the Urban Outlaw, is a fashion designer and car collector, specifically a collector of Porsches. The Porsche 924 is not exactly the most loved of Porsches. Most enthusiasts gravitate to the Porsche 911, but Walkers love of Porsches covers all cars of the brand.

Walker catches attention due to his look not being the usual for a Porsche owner, but nonetheless he is embraced by the car enthusiast community. He is normally known for this aircooled Porsche 911 collection, but he recently got together with YouTube channel Petrolicious to talk about another Porsche.

One of 406 cars produced, Walker brought his 1980 Porsche 924 Carrera GT to film for Petrolicious series "Made to Drive." In the feature, he talks about his aspirations to own one of every Porsche sportscar ever made and it started with the 924.

Walker's 924 started life as a stock silver 924, then he began adding his own personal touch. He added a blue to give the car a two tone look, some pinstripes, and the car is fitted with Walkers own custom Fifteen52 Outlaw wheels which are wrapped in Pirelli P Zero Trofeo R rubber.

In the Petrolicious feature, you get to see Walker drive his custom Porsche 924 through the California canyons and countryside while he describes how the car feels and what his 924 means to him.

"The great thing about any Porsche is they cover all the senses," said Walker