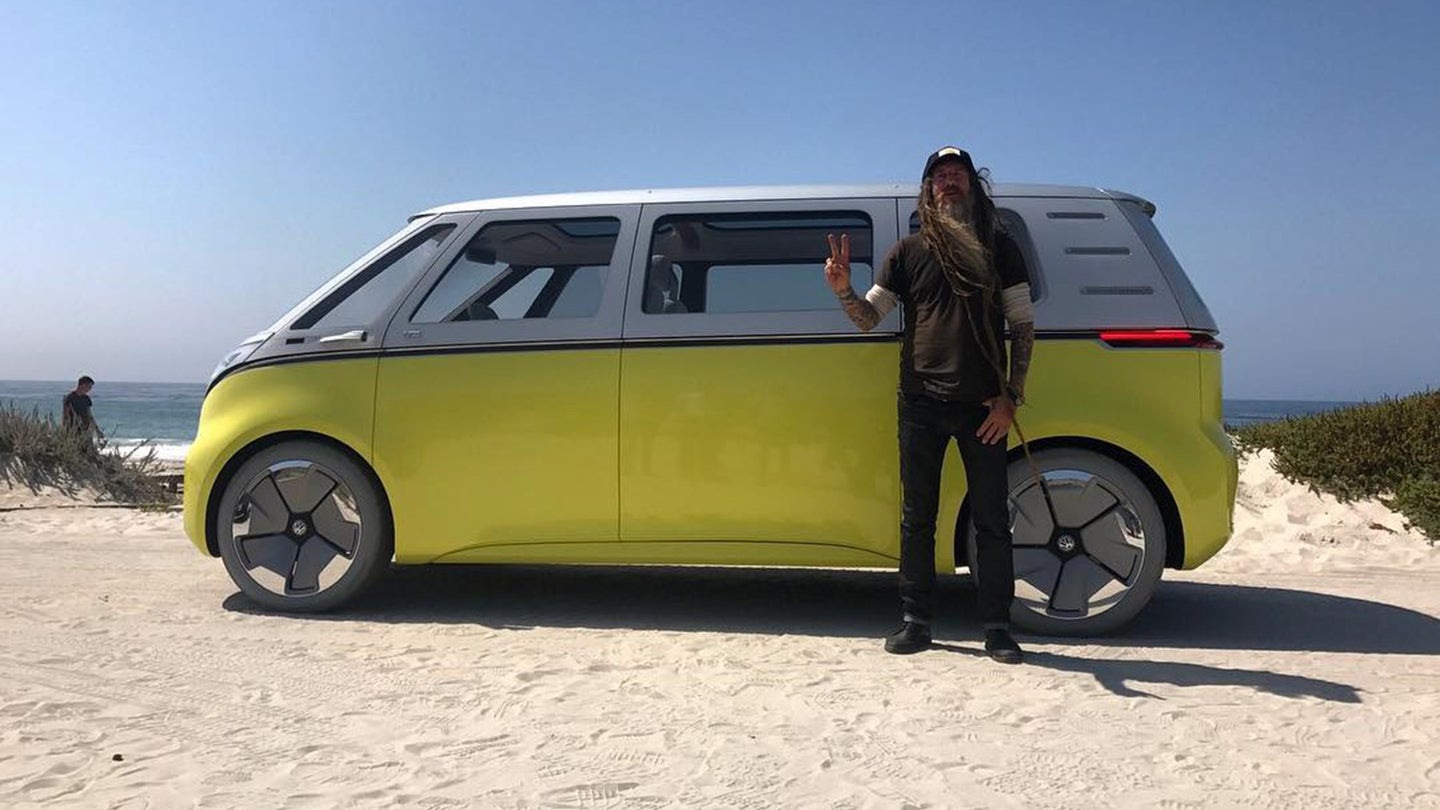 During the 67th Concours d'Elegance in Pebble Beach earlier this month, Volkswagen convinced Magnus Walker to take a drive in the I.D. Buzz, the all-electric microbus that will be out in 2022. They sent Walker and the Buzz on a trip along California's scenic 17 Mile Drive.

Walker is more accustomed to cruising around in his custom Porsche collection, which means "loud and fast." The I.D. Buzz would prove to be the exact opposite of that, but that's the point of it, right? It's said that the Buzz's electric motors should be putting out about 396 quite horse to all four wheels. That's a decent figure, and more than some of Walker's Porsches produce. An aerodynamic light weight sports car this is not, but it is born of the same automotive DNA as his beloved Porsche collection.

So how would Walker react to driving the retro-futuristic microbus around?

He loved it, according to Volkswagen.

Walker told Volkswagen "But the strange feeling became a magical one as I sped along the coast and, all of a sudden, I could hear the breakers rolling in from the ocean, the seagulls mewing … fantastic!" He added "I don't think I've ever had such an intensive encounter with a car. I know the I.D.BUZZ is totally futuristic, but it awoke an old longing in me: to be at one with the moment and to savor the fullness to the very last drop."

Yes, Walker has a very friendly relationship with Porsche (and parent company Volkswagen), but he really is the ideal person to get to take this thing out for a spin. Walker drives for the sake of driving. To him, driving is a visceral experience. It's not that he mainly drives his Porsches because they are Porsches. He loves and drives them for the way they drive. To Walker, driving is a way of life, and it's not always about driving fast but enjoying the drive itself and what the car (or microbus) bring to it.

The I.D. Buzz won't be here for about four years, so we'll see if Walker's first impressions hold up when it finally goes on sale.

Sadly, besides that very short video that Walker posted online, there isn't any other footage of him driving the I.D. Buzz that we could find. If you happen to have a video of what looks to be a homeless man driving around in a stolen concept van, please share it with us.

The VW I.D. Buzz Concept Is the Electric Microbus of Tomorrow

The future looks an awful lot like an autonomous, battery-powered version of the past.