The company's I.D. Buzz could turn into reality in the next five years. 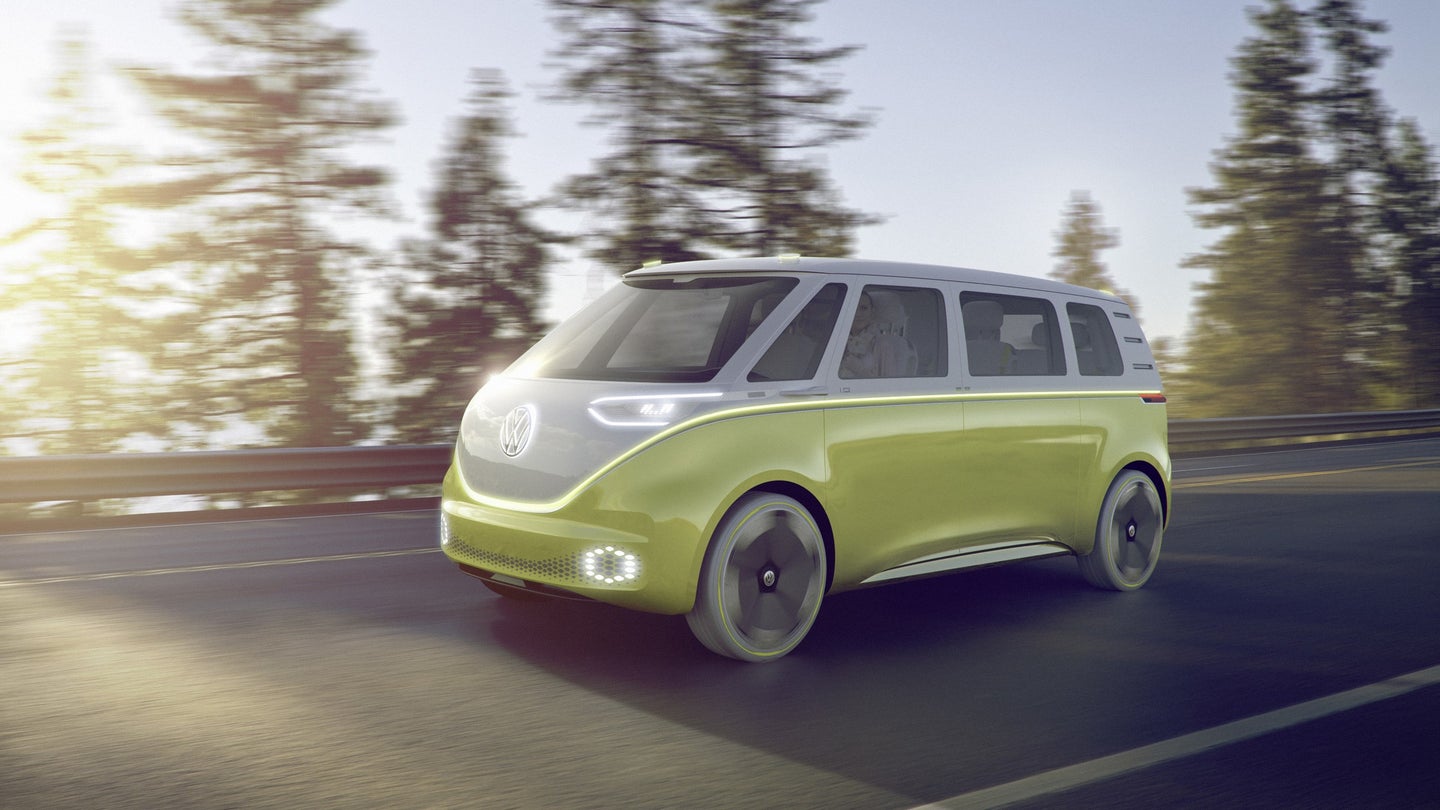 Over recent years, VW has talked so much about building another Bus model that we've become a bit numb to it. They always talk about their intentions without putting the pencil to paper, but things look to be changing now. At the Detroit Auto Show last week, they debuted the I.D. Buzz concept, an all electric vehicle that harkens back to the Aircooled favorite of old. According to Automotive News, an inside source says that we could see a new Microbus similar to this concept as soon as 2022.

Apparently, VW Brand Chief Herbert Diess really wants to build a new Bus. The source told AN that he's been nudging the idea for some time now, believing that it could bring back the best memories of the VW brand. "I know what you’re going to ask and the answer is 2022. [VW brand chief Herbert Diess] wants it," said the insider. This, of course, would be in the company's favor as it may take the spotlight away from their Dieselgate scandal.

Moving in the electric direction, this will put a funky flavor on the classic darling. Volkswagen announced not long ago that they would shift their attention towards EVs, even building them in the US by 2021. The I.D. Hatchback, the Microbus' possible platform mate, is said to release in 2020, giving them a few years to perfect the technology as VW currently only has one all-electric model, the e-Golf. The interior should receive a similar new-age flair, putting a modern twist on the classic Bus layout. Compact battery cells and suspension components will be integrated into the chassis to maximize cabin space for you and your passengers or cargo.

Eventually, the new Microbus should receive autonomy as well. While not being as active in driverless car development as others, VW and Audi have done their fair share of testing. It's projected that we will see an autonomous Bus by 2025, which is still pretty close considering where we're at now. This feature would keep up the trendy features, helping the Microbus to be a star of the show for Volkswagen.