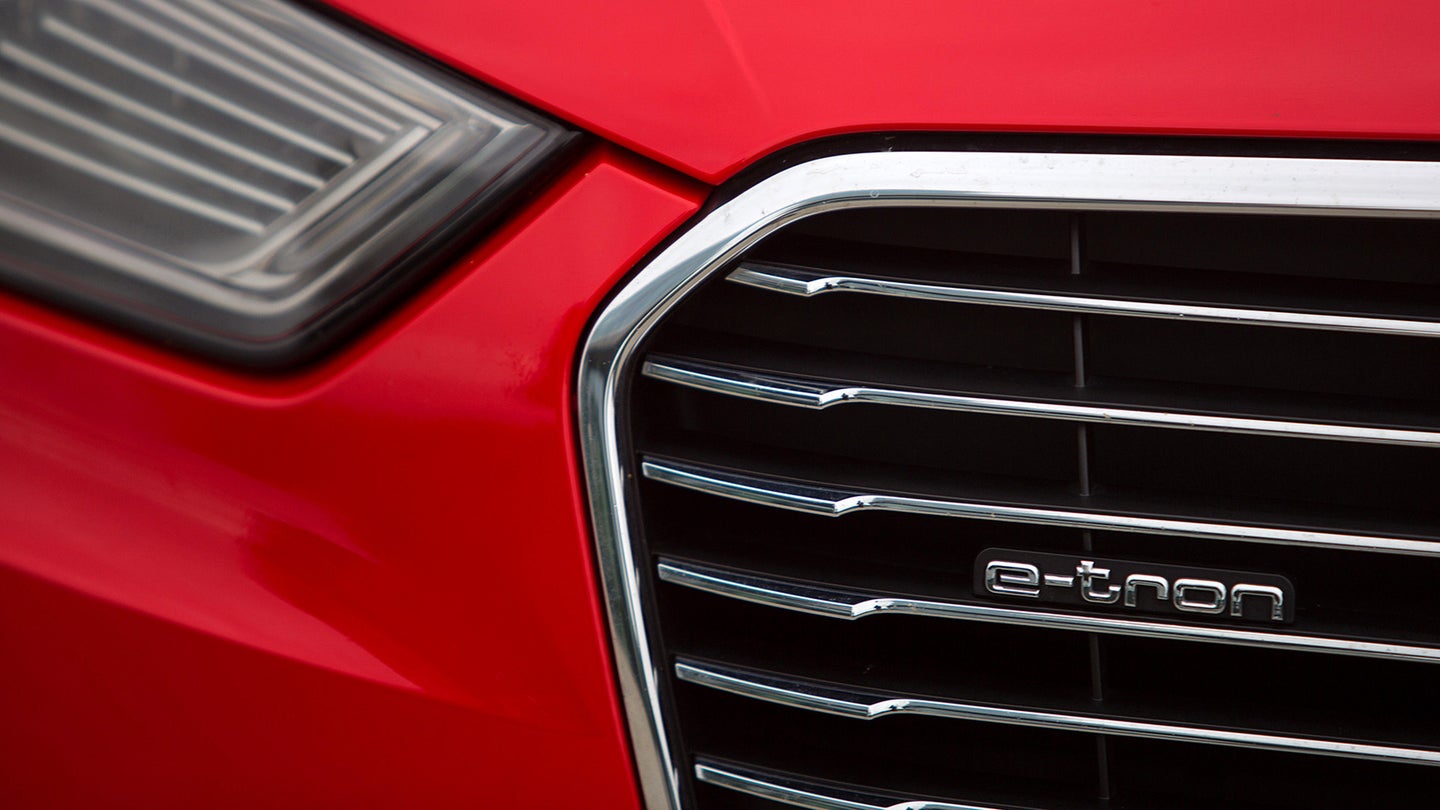 The ongoing electrification of Audi's model lineup got a big boost yesterday at the company's annual press conference in Germany, where Chairman Rupert Stadler confirmed the companies plans to follow up next year's E-Tron Quattro SUV and Tesla Model X-fighter with two more electric models - possibly including a compact car to go head to head with BMW's i3. The moves are part of a larger plan by Volkswagen Group to bring electric power to over 30 models across its platforms by 2025, with its flagship luxury brand leading the charge.

The model range will likely be built around the E-Tron name, currently used to denote hybrids in the company's lineup, as Audi sales and marketing head Dr. Dietmar Voggenreiter confirmed to Top Gear in January. He likened it to the introduction of the "Quattro" nameplate for a single model in the 1980s that spread to identify every all wheel drive Audi.

While companies like Tesla have a clear edge in the electric car market so far, Audi claims to be developing technology that could quickly close the gap, including wireless charging, solar-paneled roofs and four wheel steering. In a bit of put down to their American rival, though, Voggenreiter told Autocar that they are "the first real premium manufacturer doing a premium electric SUV" - a statement that also ignores the Jaguar I-Pace, also set to launch next year.

In an interview earlier this week at the Geneva Auto Show, Stadler claimed another advantage, pointing to their ability to work with VW's new modular EV platform, which also underpins the retro microbus-inspired ID Buzz concept unveiled earlier this year.

The push is especially important in the wake of Dieselgate, as the VW Group struggles to rebuild its identity and goodwill with the public. Before detailing Audi's efforts to retrain its workforce and build the quick-charging infrastructure necessary to support electric vehicles, Stadler acknowledged the elephant in the room.

"2016 was a very challenging year for our company," he said.