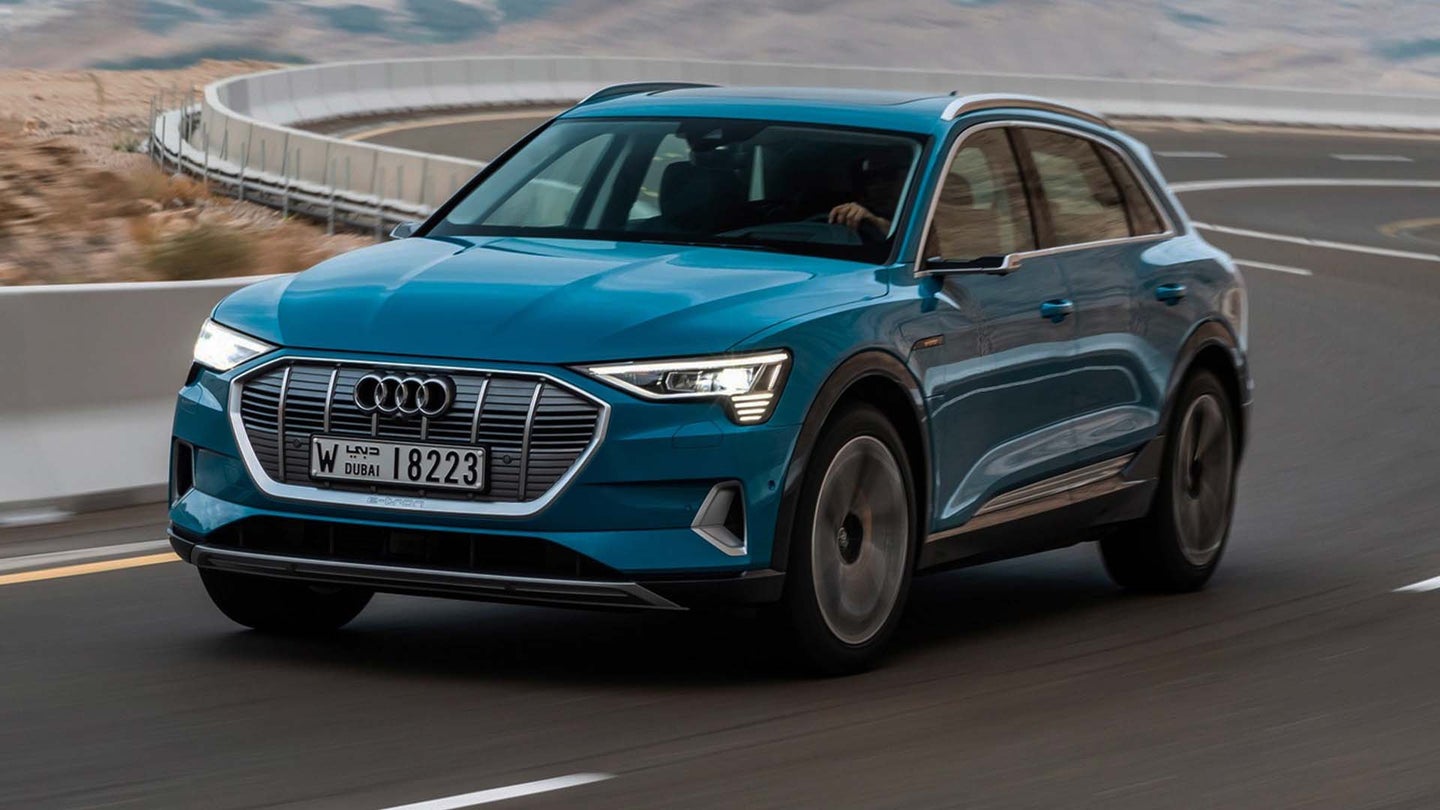 Range-extending software updates are pretty rad, especially if they're going some way to address the decidedly meh range of the early Audi E-Tron Quattro. At launch, the original E-Tron crossover had just 212 miles of range, which is disappointing when you remember the Nissan Leaf e+ had 226 in the same year.

Anyway, that's gonna get a nice 12-mile boost without any hardware having to be exchanged thanks to an update that's rolling out via all Audi service centers. If you've got a 2019 or 2020 E-Tron, take it to your dealership and they can install the update.

It's the same update that comes as standard to 2021 E-Trons, which have a 222-mile range. While the 2019 models won't quite manage that much, it does make a substantial difference by adding 20 kilometers, or a little more than 12 miles of driving, per charge. Although the 2021 E-Tron partly goes the distance because it's got updated and improved hardware, the software can be applied to the older models.

If you're wondering how, exactly, software can extend range, then it's a combination of two things. Firstly, the update expands how much usable power the 95-kilowatt-hour battery has available. Usable power is a totally adjustable concept—you can't go past the overall capacity of the battery but you can restrict the amount of energy available on an ad hoc basis. An example is Formula E's old rule about energy reduction behind the safety car.

Manufacturers manage battery life by restricting how much energy actually gets stored in the cells and this update pushes the E-Tron's from 83.6 kWh to 86 kWh, which is a lot of where the extra mileage is coming from. But that's not the only place that there are increased efficiencies coming in.

There's also improved management of how the cars' two motors work, which means you can save energy via the front motor only being connected and powered up whenever the car actually needs it. Because there's no loss to powering up an electric motor (unlike combustion torque), the demand for extra power can happen as and when four-wheel-drive is needed, otherwise saving drain on the battery.

Further tweaks mean that the car will manage its thermal requirements a bit better. That's good news for battery life, and it's why Audi has been able to increase the available capacity. Cooling will work better during fast charging and under strain during high acceleration and regeneration moments. It's all pretty decent stuff, especially since it can be applied to two-year-old cars and make a meaningful difference to their range and lifespan.

It's not an over-the-air update and obviously, it's not gonna persuade anyone to retroactively go out and buy an old model, but it is a nice little bonus to anyone with an early edition E-Tron. It helps that it's free, too.

Can a high-style, high-tech electric fun machine scrape together enough practicality for a week of kid-commuting?

The Q4 E-Tron and its Sportback variant are here to rival Tesla in terms of price and, Audi hopes, volume.