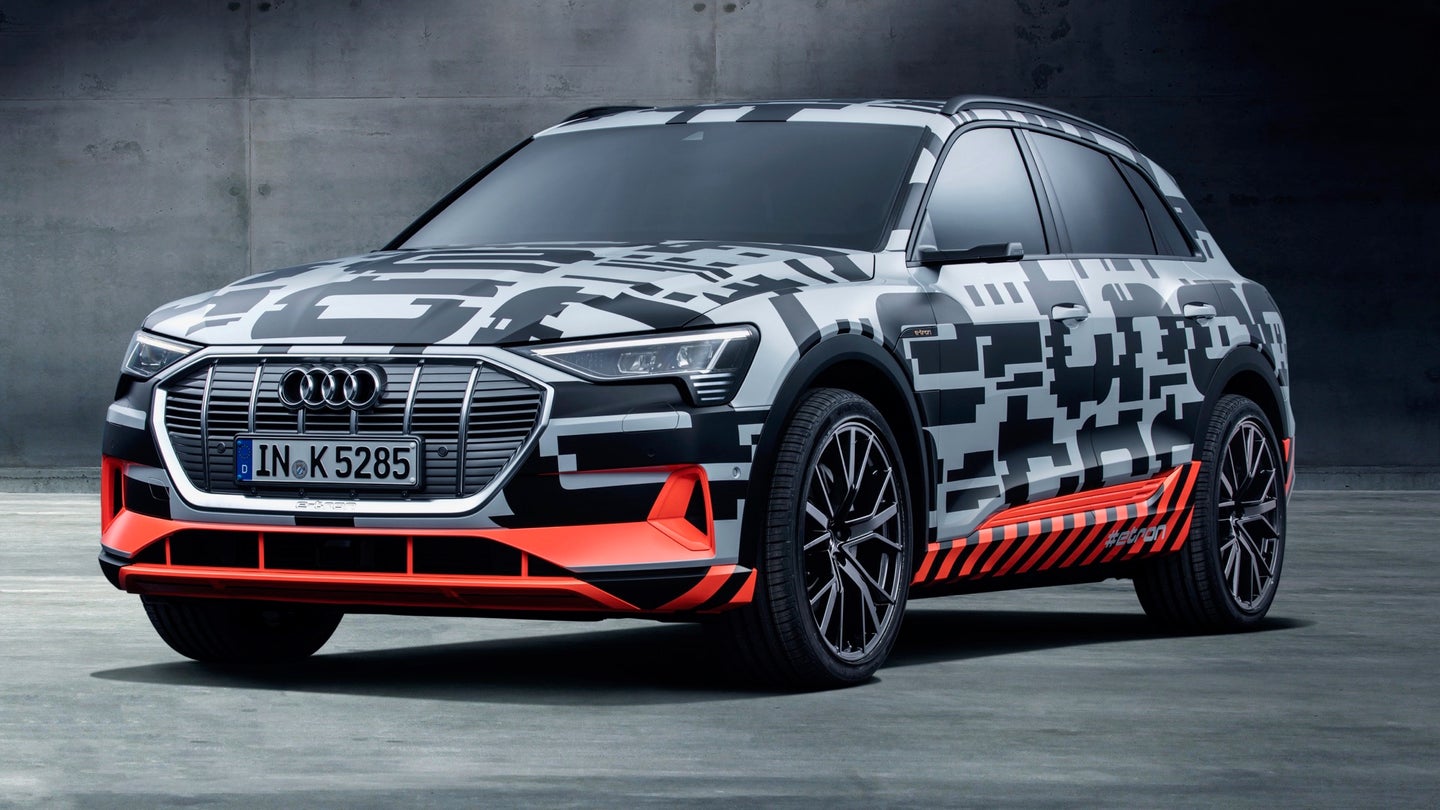 The Audi e-tron will be the first model to get the automaker's integrated toll module (ITM), a built-in replacement for stick-on toll transponders like the Northeast's E-ZPass, Florida's Sunpass, and California's Fastrak. Audi's first mass-market electric car will be unveiled to the public in San Francisco Sept. 17, with deliveries scheduled to begin in early 2019.

The module is built into the rearview mirror and connects to the car's infotainment system. It automatically logs tolls and coordinates payment and can be switched on and off if, say, the driver prefers to pay cash. Audi says it will eliminate the need to hold multiple accounts for toll roads in different regions and reduce windshield clutter. The module works with "compatible" toll roads in the U.S. and Canada, but Audi says it's up to drivers to verify compatibility.

The toll module is a manifestation of so-called vehicle-to-infrastructure (V2I) tech, which allows cars to send and receive signals through a built-in cellular data connection. Audi is also using V2I tech for a system that tells drivers when traffic lights are about to change. That feature is only active in a handful of U.S. cities at this time.

Competing with the Tesla Model X, Jaguar I-Pace, and Mercedes-Benz EQC, the e-tron is Audi's first serious attempt at an electric car. It has two electric motors, one for each axle, producing a combined 355 horsepower and 414 pound-feet of torque. Range is estimated at 249 miles on the European testing cycle (U.S. EPA figures are not available yet). Pricing will be revealed at the e-tron's San Francisco unveiling, but Audi is currently accepting refundable $1,000 deposits.

In addition to the integrated toll module, the e-tron will get another notable piece of tech. In place of exterior mirrors, the e-tron will use cameras that stream video feeds to screens in the door panels, but this feature won't be available in the U.S. due to regulatory issues.