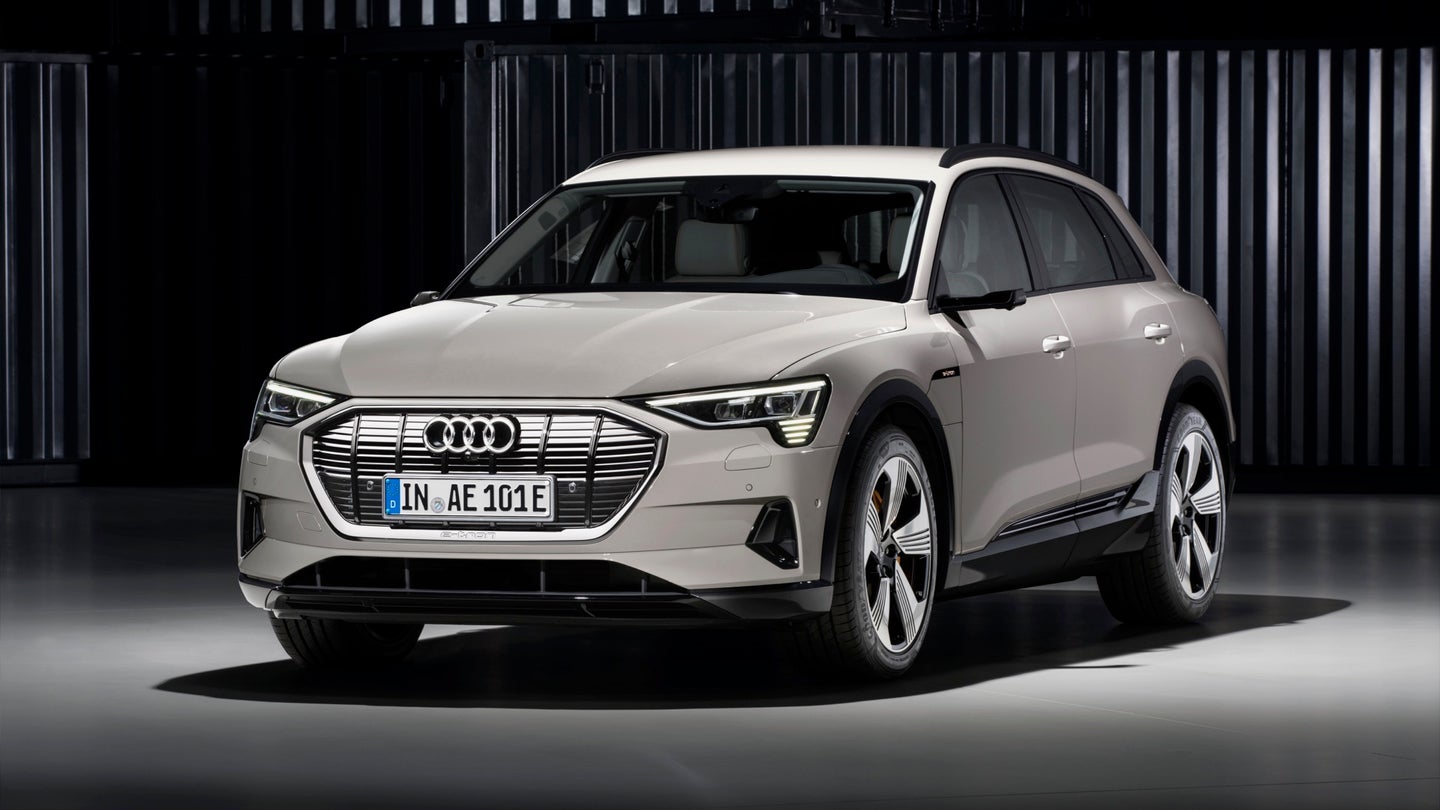 Audi's E-tron SUV, the brand's first all-electric people carrier, will reportedly be delayed four weeks due to a software development issue according to an article from Reuters. An Audi spokesperson said the company needs automotive regulators to approve modifications made to the E-tron's software during the development process.

Bild am Sonntag stated that the vehicle could be delayed by several months in a recent news piece. The publication cited issues with the software as well as a dispute that Audi is having with LG Chem. Audi is working to negotiate with the South Korean company on pricing for the E-tron SUV line's battery supply. According to Bild am Sonntag, LG Chem wants to raise the prices on its batteries due to high demand.

The E-tron is the spearhead of Audi's electric vehicle push, and in turn, getting this software correct can be crucial for its success. Audi plans on using the E-tron branding for its entire electric car lineup in the future, this being the first of the batch. Specs for the futuristic SUV were released during the model's launch event in September, and going forward, the Audi Sport E-tron GT will debut later this year at the L.A. Auto Show.

With a price of $74,800, Audi's forward-thinking utility vehicle is aimed directly at the Tesla Model X which currently rules the luxury electric SUV niche. Audi hopes to expand its EV lineup by offering more than 20 electrified models by 2025, explaining that while some of them will be plug-in-hybrids, more than half of them will be fully electric.