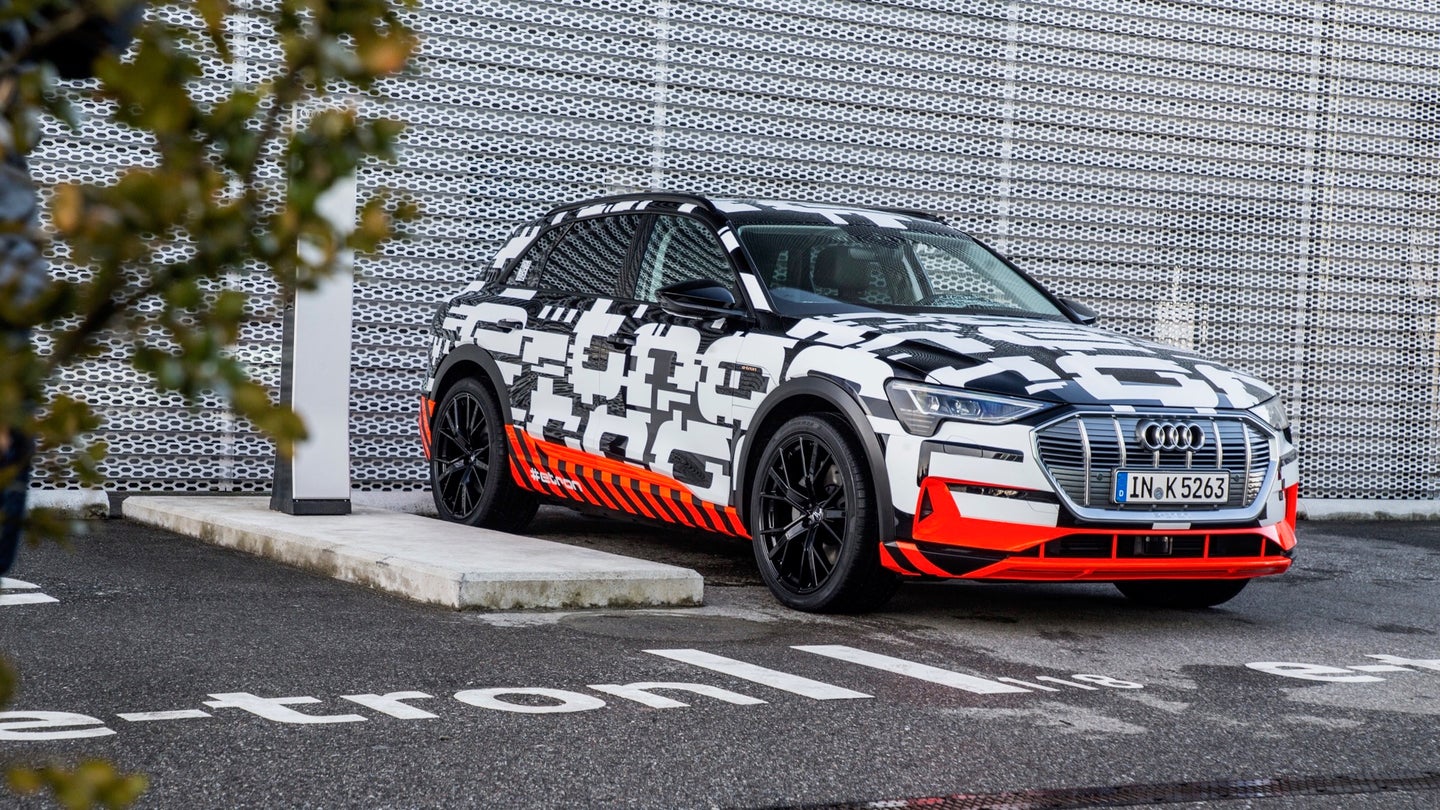 Electric cars cut down on carbon emissions, so shouldn't the factories that build them do the same? Audi thinks so. The Brussels factory that will build the German automaker's upcoming e-tron electric SUV was awarded "CO2-neutral site" status by Belgian testing company Vinçotte, according to Audi.

Audi said it achieved carbon-neutral status largely by using renewable energy, which reduced the plant's emissions by 95 percent. The remaining 5 percent of carbon emissions are offset by environmental projects, according to Audi.

The automaker began installing solar panels on the roofs of various factory buildings in 2012 and now claims to have one of the largest photovoltaic solar arrays in the region. The plant also uses biogas for heating. Audi said it is also working to reduce water consumption and air pollution, and improve recycling at the facility.

Production of the e-tron begins later this year. The SUV is based on a concept that first appeared at the 2015 Frankfurt Motor Show. The concept had a claimed range of 310 miles, and it seems reasonable to expect the production version to match that in order to compete with Tesla. Audi is expected to follow up the e-tron with all-electric Sportback and Gran Turismo models, as part of a major electric-car push by parent company Volkswagen Group.

Audi isn't the first automaker to claim a climate neutral factory. Volvo announced in January that one of its Swedish engine plants had achieved climate neutral status, and other automakers have undertaken projects to reduce or offset carbon emissions at their factories. This holistic approach to making cars greener will become more important as electrification and other efficiency-improving technologies proliferate. As tailpipe emissions are reduced, emissions related to manufacturing will become a bigger part of a car's carbon footprint.

We bid you adieu, over-abundance, our old friend.

The Germans are calling it the ‘biggest model initiative in its history.’