It will reportedly be the automaker’s third EV, a bit of info that Porsche could confirm on Tuesday at the model’s supposed announcement. 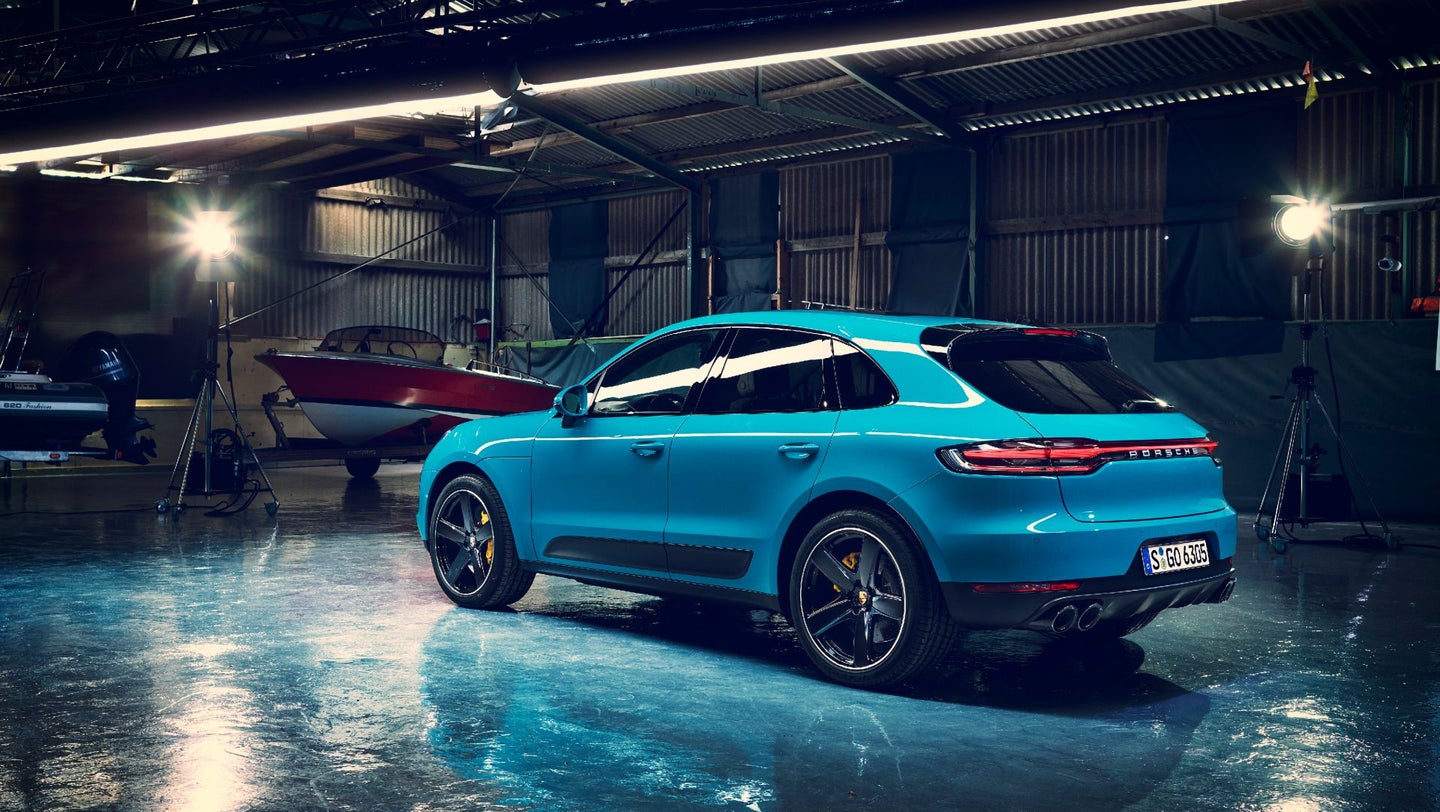 Porsche is reportedly planning a battery-electric variant of its compact Macan crossover for introduction in 2022.

Announcement of the model is reported by Financial Times to be scheduled for Tuesday. The Macan BEV is said to be Porsche's third planned electric vehicle, after the Taycan sedan and its Taycan Cross derivative, and is said to exemplify Porsche's intent to capture the mass market with an EV.

If the Macan is to gain an EV variant, it is not likely to do so for years, as the model's 2019 model year facelift means an imminent update is unlikely. The automaker's parent company, Volkswagen Audi Group, makes heavy use of scalable architecture that could allow the alleged Macan EV to be based on another, likely Audi-derived, electric crossover, though there is a lack of an immediate Audi relative in its size range that uses electric propulsion.

The current Macan, introduced in 2014, shares the Volkswagen Auto Group's MLB crossover platform with the first-generation Audi Q5. Updated for the 2018 model year, the first year of its second generation, the new Q5 utilizes a more modern version of the platform called either MLB Evo or MLB 2. Components from the MLB Evo platform were combined with an adapted original MLB platform to form the basis for Audi's E-Tron electric crossover, whose size is closer to that of the Q7 than the Macan's Audi approximate, the Q5. Audi also reportedly has a Q3-sized electric crossover on the way for 2021, though this alleged model will come in significantly below the size of the current Macan.

It may be possible for the E-Tron's bones to be shrunken down to Macan size, or the Q3-sized EV blown up, but the present lack of an MLB Evo-based EV in Audi's lineup makes comparisons difficult to draw, and expectations of a Macan EV tricky to form.