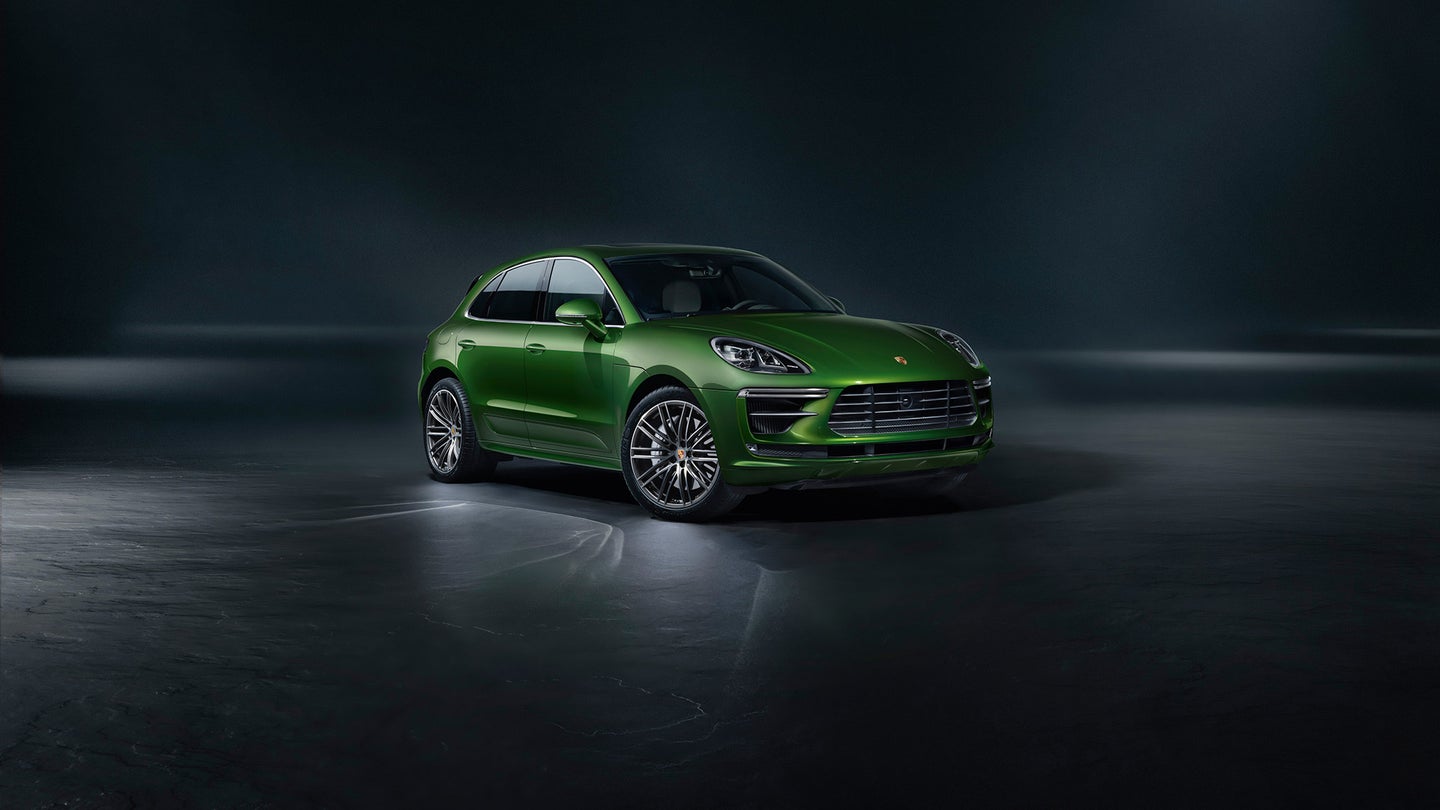 Porsche’s pulled the wraps off the new 2020 Macan Turbo, which not only features some tweaks to its design inside and out, but more power as well. This updated version comes after the popular crossover was unveiled in 2014 and then refreshed for the 2019 model year.

Previously, the top-spec Macan Turbo came with a choice of two power outputs from the same 3.6-liter twin-turbocharged V6, producing 395 horsepower and 434 with the Performance Package. Now, the Macan Turbo comes with a completely new 2.9-liter twin-turbo V6 that produces 434 horsepower and 405 pound-feet of torque. Equipped with an equally new seven-speed PDK dual-clutch automatic transmission, zero to 60 will happen in roughly 4.3 seconds and onto to a top sprint of nearly 170 miles per hour, making it nearly as quick as a 718 Cayman GTS in a straight line.

The new V6 benefits not just from a plethora of engineering revisions, but the turbochargers are now centrally located in the valley of the engine for improved intake efficiency. Because of this, the air has a shorter distance to travel through the intake, resulting in what Porsche says is significantly improved throttle response and power delivery with a significant reduction in turbo lag.

The changes go beyond improved performance as the Macan Turbo also benefits from updated exterior styling tweaks, such as more aggressive front and rear fascias, and a new fixed roof spoiler with a “double-wing” design that's become a signature of Porsche’s Turbo models as of late. On the inside, a revised 10.9-inch full high-definition touchscreen with Porsche’s latest Communication Management infotainment software adorns the center stack.

Porsche says the ordering books are open for European customers now with U.S. dealers following soon, all for a starting price of $84,950, or a whopping $6,700 more than the outgoing model.

The latest iteration of Porsche’s crossover gets updated lighting and a larger infotainment screen among other tech and safety features.