It’s time to give the Macan the enthusiast cred it deserves. 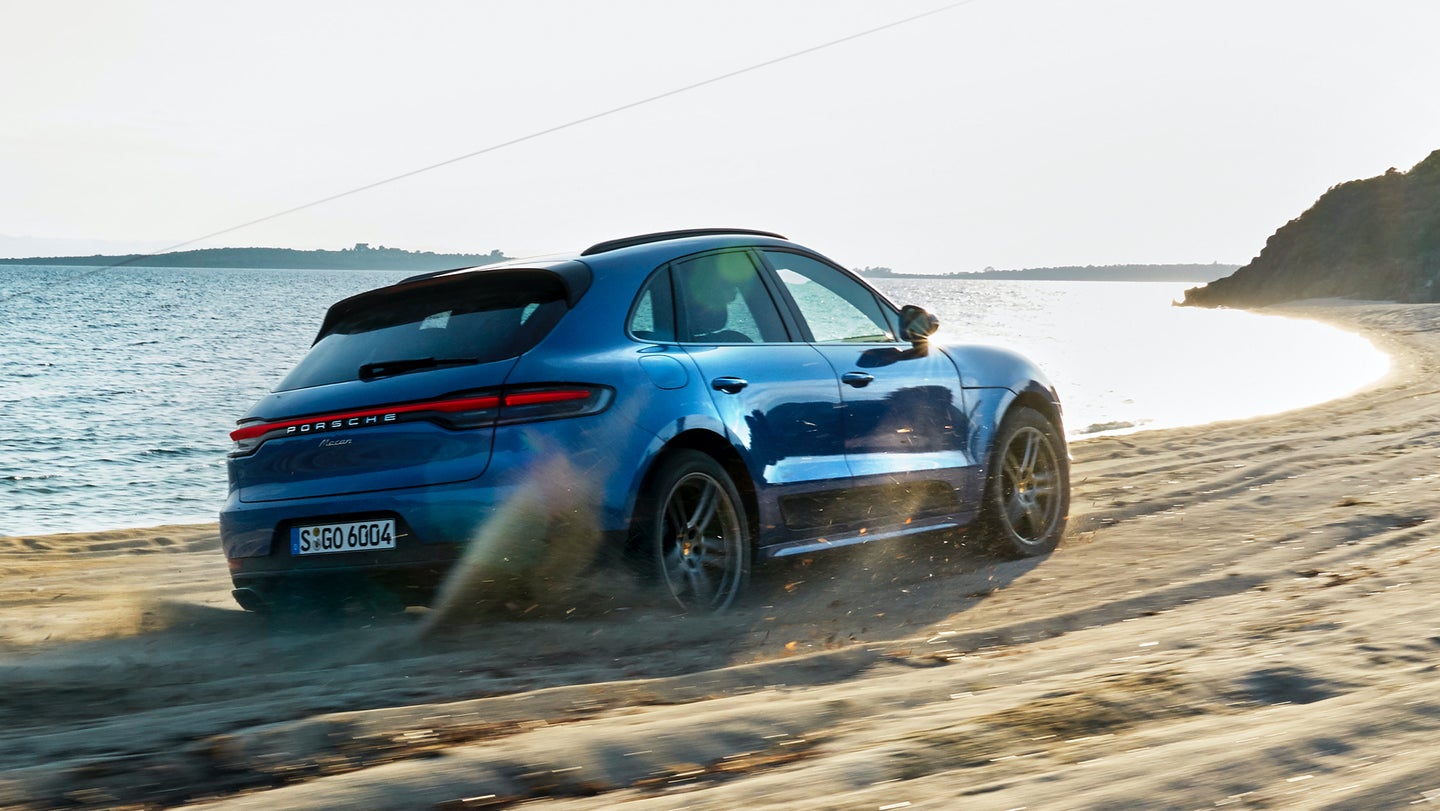 Ever since the unveiling of the first Porsche Macan, car enthusiasts have doubted its worth. It's time to fix that, and I know how.

On one hand, the Macan is still a Porsche. It drives far better than a compact luxury crossover ever should. It's even pretty fun on a race track. Try that in a stock Toyota RAV4.

On the other hand, it's a crossover. An SUV, except it's the mall kind, not the crawl kind. Never mind that most SUV buyers never leave the pavement. The Macan's most damning feature is that it looks like a cute little egg for the masses. Even the performance versions look like the kinds of sensible runabouts that your parents probably like, and parental approval is inherently uncool.

What on earth is a Porsche fan to do? The Macan is the subject of so much doubt and even derision that I listened some friends on the Trust in the Machine podcast spend an entire episode on the question, "Is the Macan good?"

Right now, the Macan is fine. I'm on the "Macan is Good" side of this debate. However, there's one important cred-establishing step that Porsche skipped in rolling out the Macan. Nearly every other road car in Porsche's lineup has been racing at one point in time, and there hasn't been a single high-profile Macan racing team.

The Macan has been dressed up in classic racing liveries before, but that's it. That's posing. It needs to actually go racing for many Macan-doubting Porsche fans to take it seriously. Many of us completely snubbed the idea of a Porsche SUV until Porsche proved that the Cayenne was pretty capable at real SUV stuff by beefing up a few Cayennes to make a grueling run across Siberia in the Transsyberia Rallye. Cayennes then won the rally two years in a row. Special Transsyberia-edition road trucks came after that, and the whole schtick won over some of the haters. It really is a Porsche! It went racing!

The Macan's pavement specs are no slouch, but that isn't really what folks are talking about right now. Bronco Mania has been real ever since the idea of a capable retro Ford off-roader was running around the rumor mill. Safari Porsches have been the big trend for a while, and not just for Instagram 911s. People have started building everything from lifted 944s to overland Cayennes. Then there's the nostalgia factor. The eighties are back in a big way, and the one of the most impressive Porsche races cars of that era was the Paris-Dakar 959.

The Porsche faithful in North America—and we are legion—could use a home Porsche team to root for now that the Porsche-run 911 RSRs are pulling out of IMSA. The Baja 1000 is right there in Mexico and there are no shortage of desert races out west it could run after that. I'd like to see a Macan run from Vegas to Reno, too.

This is where the Macan truly belongs: desert racing. If a mostly stock Honda Ridgeline can win its class at Baja, so should Porsche's cute lil' crossover. If anyone misses that feat, make a Macan Baja for the road with a few more off-road specs than the others.