Is This Porsche Macan GTS’s Red Tach Cool or Dumb as Hell?

This simple gimmick just started an office argument. What do you think? 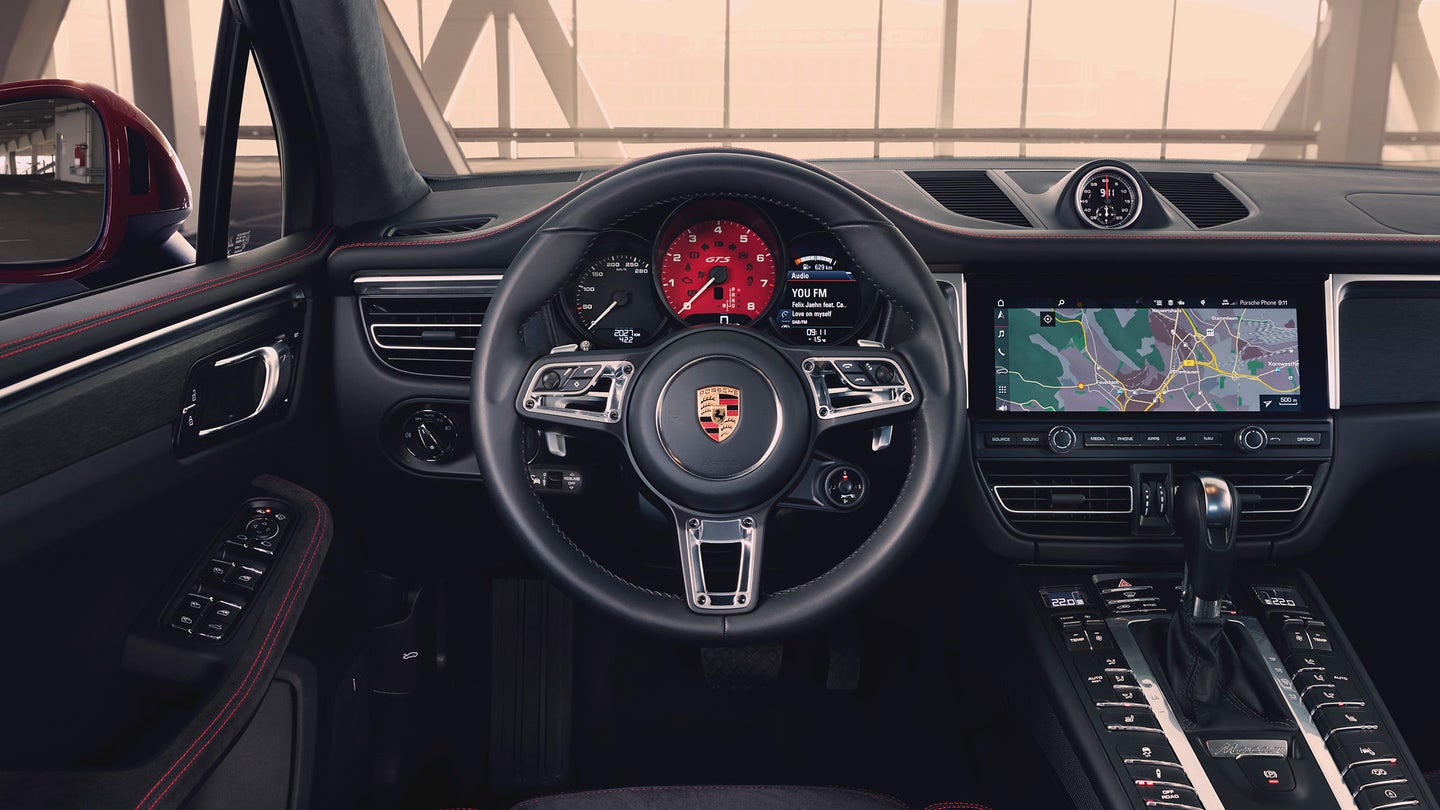 I'm a sucker for completely over-the-top design elements in cars. If it were up to me, everything with a turbocharger in it, including the Kenworth W900, would have a massive TURBO sticker above its rocker panel. Racing stripes? How about 50 of them. Non-functional hood scoop? Only if it's a NACA duct, and at least six, please. Am I bothered by the Honda Civic Type R's fake intakes? Hell no. In fact, I think it could use about eight more, and a few extra in the glove box.

I have a review of the 2020 Porsche Macan GTS coming out later today. Like previous models, you can get it with a Carmine Red tacho at top dead center of its dash binnacle. It's part of the optional GTS interior package.

I think it punctuates the gauge cluster nicely, and even elevates the mundane aspects of driving, like sitting in Yankee Stadium traffic or waiting for a drawbridge to return to level. Some at The Drive's headquarters think the red tach violates some universal gauge law against being in a state of perpetual warning. Others think it looks over the top and inappropriate for a crossover SUV, whose very existence is a Faustian bargain for a sports-car brand, not least of all Porsche.

Please help settle this debate. Is the red tach a neat feature or a gimmick? And is there any example of an automaker doing this better or worse than Porsche?