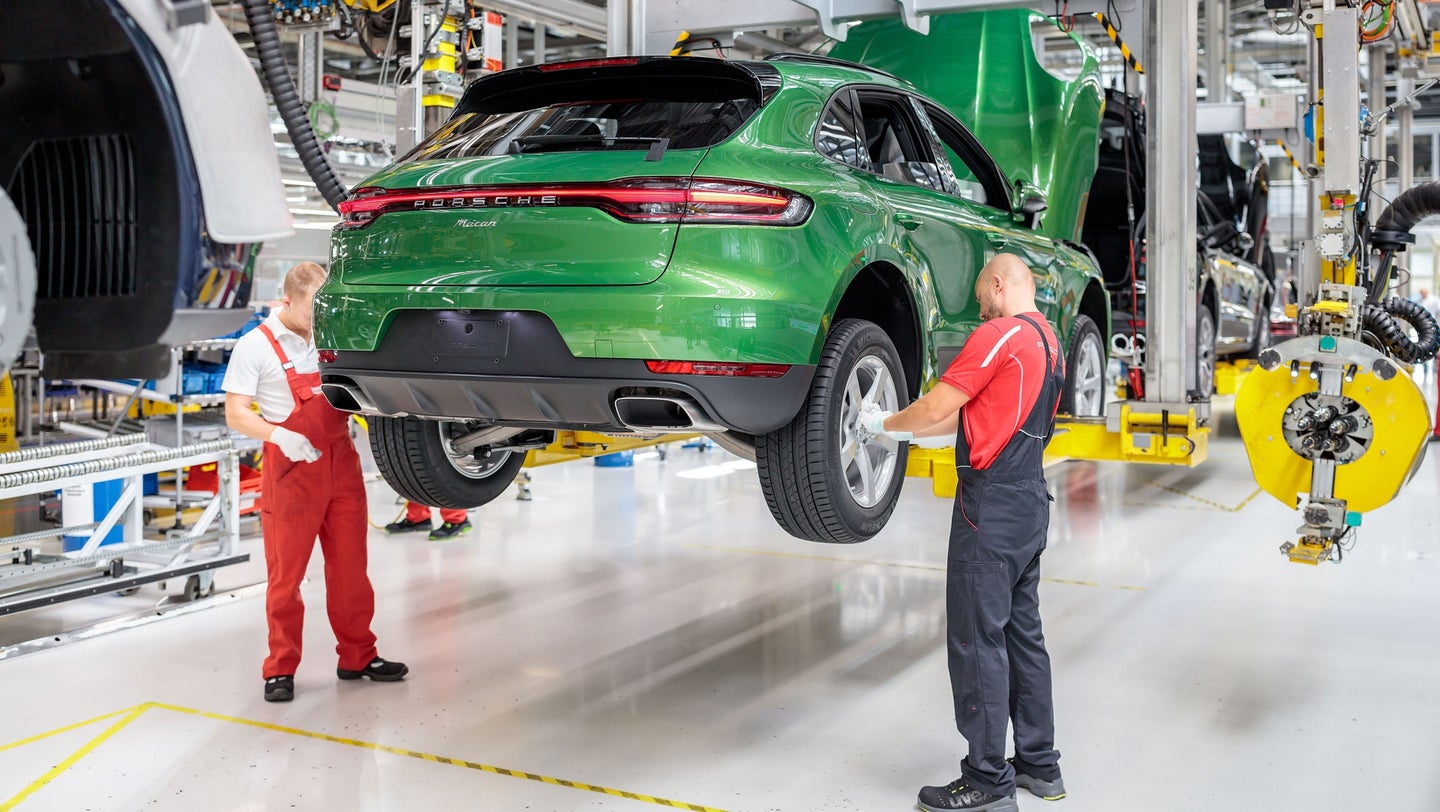 Series production for the newly revamped 2019 Porsche Macan has started. The first vehicle being produced has a Mamba Green Metallic exterior paintjob and will go to a Chinese customer. China has become the highest-selling market for Porsche, with more than 100,000 vehicles deliveried since its market launch in 2014. And the Porsche Macan is particularly popular. The high demand for the compact SUV has led to the rate of production being increased. By Sept. 1, production of the new Macan at the Leipzig site will grow to over 420 units per day, matching the production rate for its predecessor in just a few days.

The new Porsche Macan celebrated its global debut in Shanghai in July 2018. A number of revisions to the exterior mean that the compact SUV adorns as sportier outlook now. The rear has been given a thorough re-design and with the addition of the three-dimensional LED light strip it aligns itself further with the rest of the Porsche family. The body shop at the Leipzig plant was expanded and optimized to create a dedicated area for the production of the rear lid and to accommodate the new production numbers of the compact SUV.

From now on, all Macan models will feature the new LED headlights as standard. The most striking rennovations, besides the inclusion of the 10.9-inch infotainment screen of the new Porsche Communication Management (PCM), is the relocation and redesign of the air vents and the addition of the GT sports steering wheel, similar to that in the 911. The revised PCM enables access to new digital functions, such as intelligent voice control and the online navigation system provided as standard. The feature has also been expanded to include a traffic jam assistant, an ionizer, and heated front windscreen.

Gerd Rupp, chairman of the executive board at Porsche Leipzig Gmbh states, “The Macan is the very definition of a successful model – for Porsche and for the Leipzig site.” He added, “In 2011, the model was the inspiration for a radical new beginning: That year, the plant in Leipzig was expanded into a full-sized facility to accommodate the compact SUV, featuring its own body shop and paint shop. When the factory was put into operation in February 2014, the plan was to produce 40,000 units per year. Today we produce more than 90,000 units per year for markets around the world, and since 2014, approximately 350,000 units of the compact SUV have been delivered to customers worldwide”.