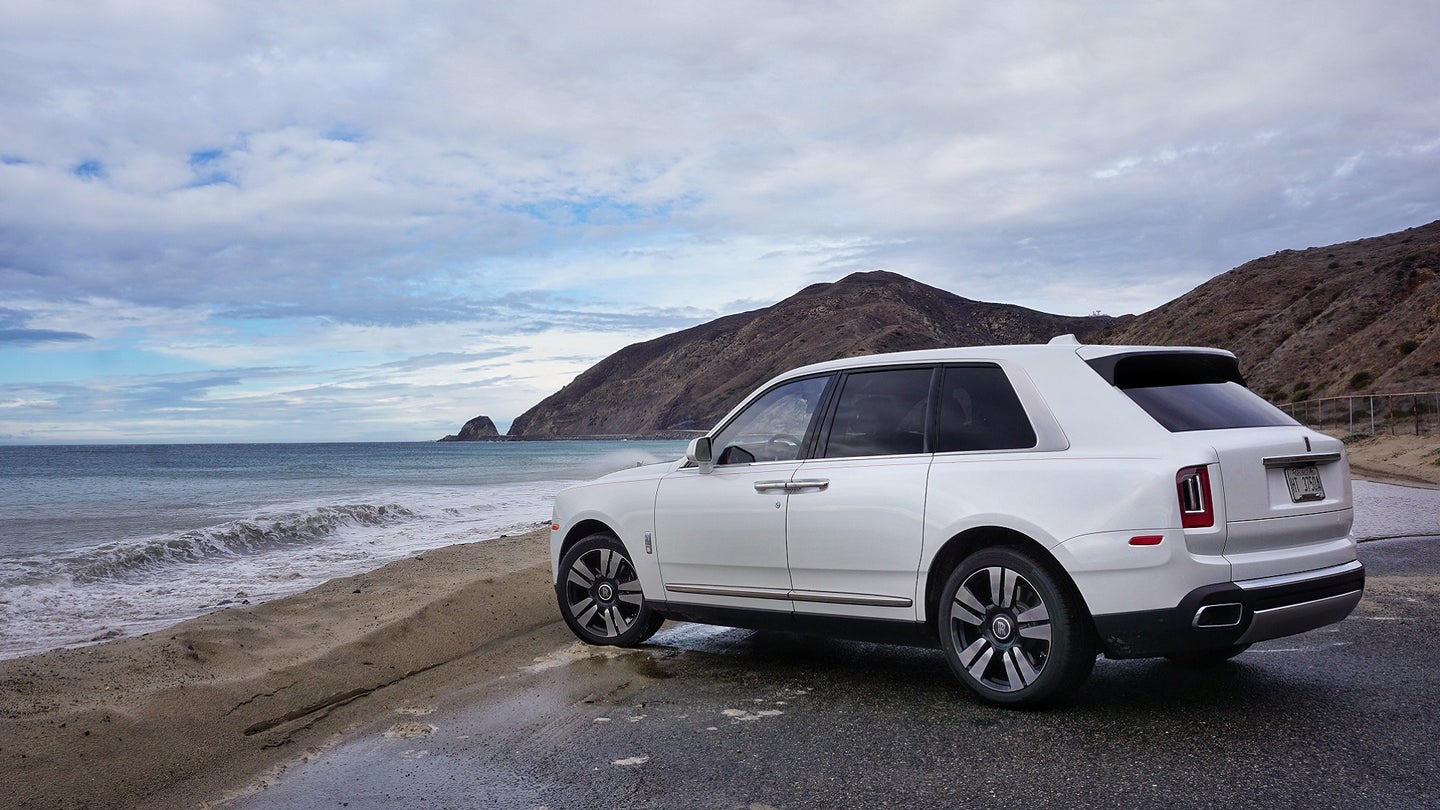 Demand for the 2019 Rolls-Royce Cullinan appears to be absolutely on fire, as the British automaker claims that despite expanding production and hiring more employees, there simply isn't enough supply to satisfy the extreme demand fuelled by brand loyalist and new-found female, younger buyers.

According to Automotive News, Rolls-Royce's order log for Cullinan SUVs is jam-packed until June, and that's not counting the current orders that dealerships are placing each and every day. In order to alleviate the problem, the ultra-luxury brand hired 200 more people, bringing its global headcount to 2,000, and beefed up its production pipeline in late 2018, but that's hardly made a dent.

"I would like to have a little bit more supply," Martin Fritsches, CEO of Rolls-Royce Motor Cars Americas told Automotive News. "And I don't get it because we are running on 100 percent of production capacity, increasing the production capacity throughout the weeks and months, but still not being able to catch up to demand."

Some of the additional demand can be attributed to the new customer demographics that the Cullinan has helped uncover, such as female and young, affluent buyers who may be buying their first Rolls-Royce vehicle, but most likely won't be their last. On the other hand, the idea of owning an adventurous, "weekend-only" Rolls with four-wheel-drive also appeals to current owners.

"Many customers that already drive a Dawn or a Phantom buy a second Rolls-Royce," Fritsches said. "But this time it's an SUV."

As for the folks behind this enormous sales success, Fritsches claims that most of the 44 dealers across the Americas are motivated by the influx of new products, and therefore have committed to remodeling their showrooms to cater to the new clientele. In addition, Rolls-Royce will be adding nine new showrooms this year including in Palm Beach, Fort Lauderdale, Atlanta, and Chicago.

The Rolls-Royce Cullinan starts at $325,000, but most units are so uniquely customized that the brand considers them to be one-offs, much like the one we recently took camping.