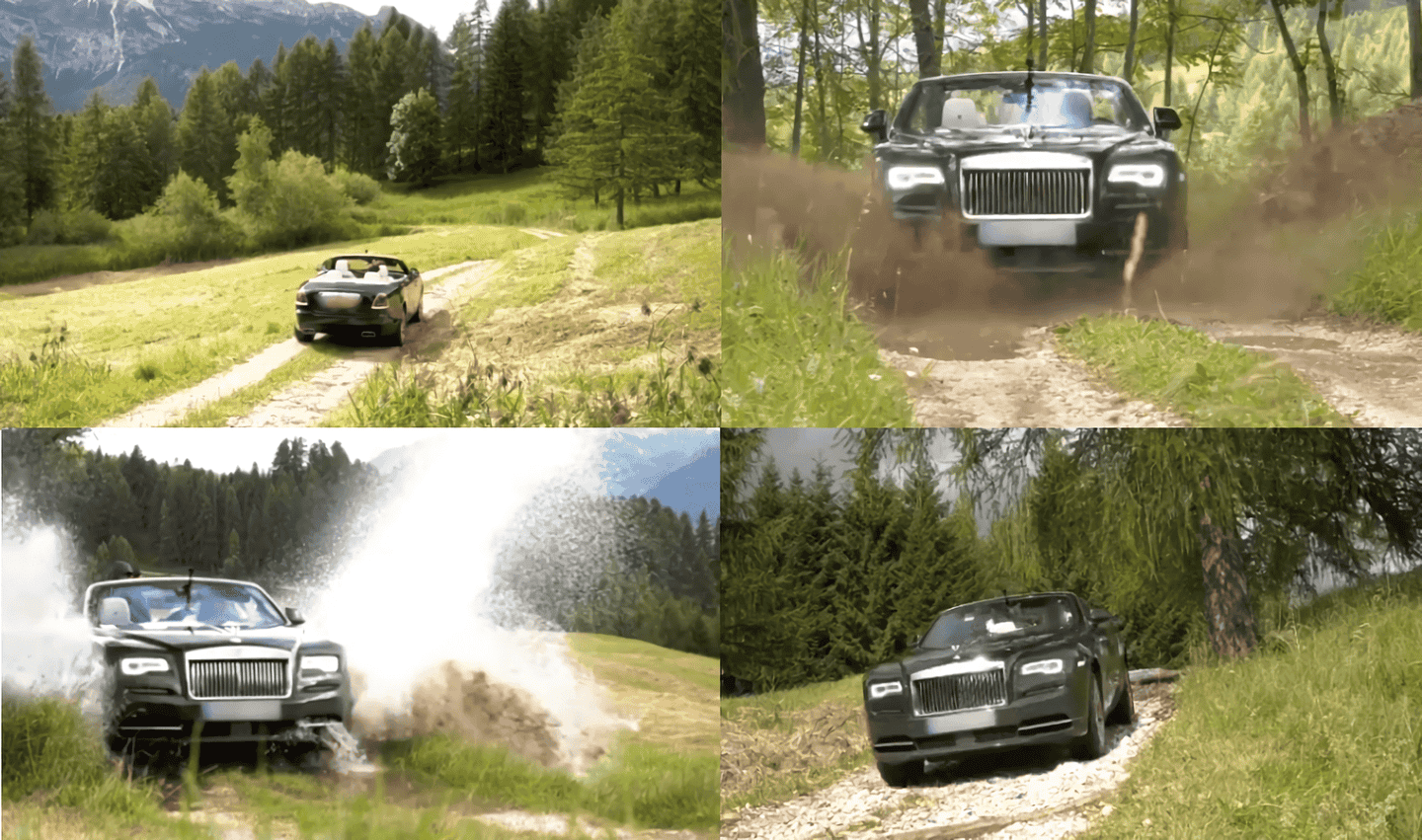 There's something satisfying about seeing expensive, limited-production vehicles used for their intended purpose. Whether it's a vintage Ferrari on a race track, or a new Ford Raptor bombing over some sand dunes, it's entertaining to watch.

We're still not sure how to feel about this video, though. Originally posted in 2017, Instagram user @powerslidelover shared it again recently. The video depicts a Rolls-Royce Dawn being treated like a prerunner, with the top down and the sun shining.

While the ultra-luxurious, mega-expensive Dawn is clearly being used, we're not sure if it's how Rolls-Royce intended. It hardly seems like they're abusing it, though. We're just not used to seeing them this dirty.

That is, of course, until you realize that this is no ordinary Dawn—it's a top-secret Rolls-Royce test bed, used to test Cullinan drivetrain components in some of the harshest conditions in the world. In the process, they've accidentally created a new segment for the luxury car market.

Oddly enough, we'd rather have this than the production Cullinan...or the production Dawn, for that matter. An exclusive, bespoke luxury off-road convertible isn't something we realized we wanted until just now. If the going gets too tough, just put the top up and crank the 18-speaker stereo while the rain-sensing wipers whisk away the mud.

The off-road excursion didn't seem to damage the Dawn-slash-Cullinan, short of a few nicks and scratches, perhaps. Nothing an appointment with your favorite high-end detailer couldn't fix. Of course, whether they'll take your phone calls afterward is another matter entirely.

You Can Buy These Totaled Rolls-Royces for Half Price, If You’re Brave Enough

If you’re mechanically inclined and have a chunk of spare change, this might be the deal of a century for you.

The First Rolls-Royce Cullinans Have Been Delivered to the UK

The 0.1 percent’s newest grocery getter is here with a $325,000 price tag to match its fanciful amenities.

The people must take back what belongs to them—including this jewel-encrusted, gold-and-crystal version of the Rolls-Royce logo.