This Off-Road Ready, Turbocharged Rolls-Royce Silver Shadow II Can Be Yours For $19,900

Dubbed the Trolls-Royce, you can own it for less than half the price of Rolls-Royce's new champagne cooler. 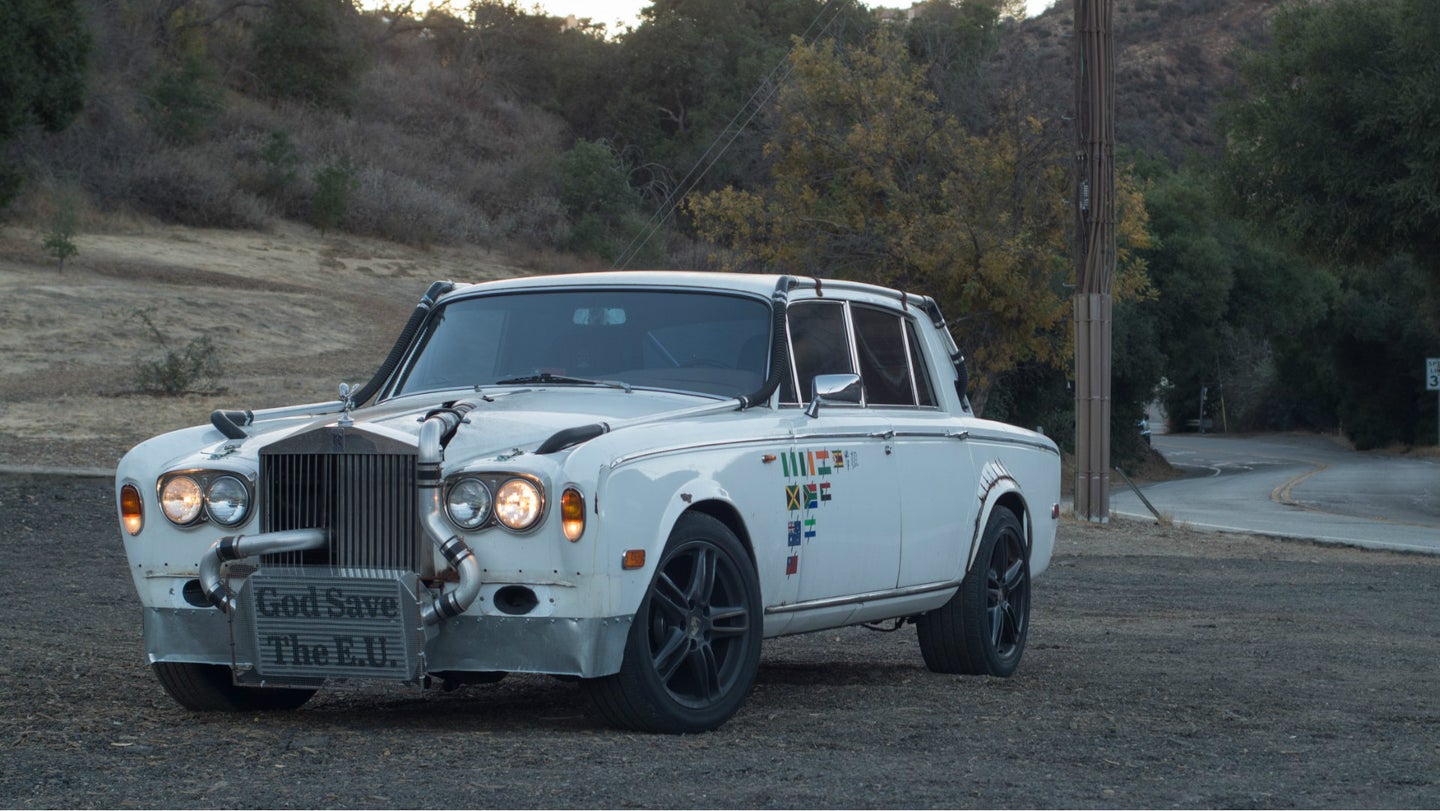 If there's a lesson to learn from Rolls-Royce's ridiculous $47,000 champagne cooler, it's that Rolls and its customers alike are ludicrous. If there's a better finger to use for pointing than one's middle, let us know, because the ultimate example of a bird flipped to the pretentiousness of Rolls-Royce's clientele has resurfaced for sale: the Trolls-Royce.

Originally a 1979 Rolls-Royce Silver Shadow II, the car was bought and modified earlier this decade by divisive automotive personality Corbin Goodwin, whose "No F*cks Given" Mazda RX-7 lit up the car-o-sphere in 2013. As the sequel to this RX-7 and the "Jettamino," a Volkswagen Jetta TDI converted into a pseudo-ute, the Trolls-Royce embodies the same countercultural spirit as its predecessors. But rather than being a slapdash, wheeled manifestation of madness, it's a focused attempt to make a car never meant to be driven quickly to do just that—and do it well.

Long-travel off-road suspension by King and 19-inch wheels from a Porsche Panamera took the body roll out of the Rolls, but a huge turbocharger, Holley carburetor, and custom exhaust do everything they can to add oomph to the former luxury car's driving experience.

As it was meant to with its "God Save The E.U." intercooler, rear-mounted radiator and roof-mounted cooler lines, this Rolls-Royce incensed people when it first hit YouTube in 2017. It pissed people off further when it sold for $11,000 on Bring A Trailer in January of 2018, a price many deemed to dear, despite Goodwin admitting the car cost over $20,000 to build. Yet that kind of money is what its new seller The Classic Car Gallery asks, slapping a $19,900 sticker on the Trolls-Royce's title.

There are more expensive ways to disappoint your financially wise parents—that $47,000 champagne cooler, for example—but few as entertaining. Getting disowned has never looked so tempting.