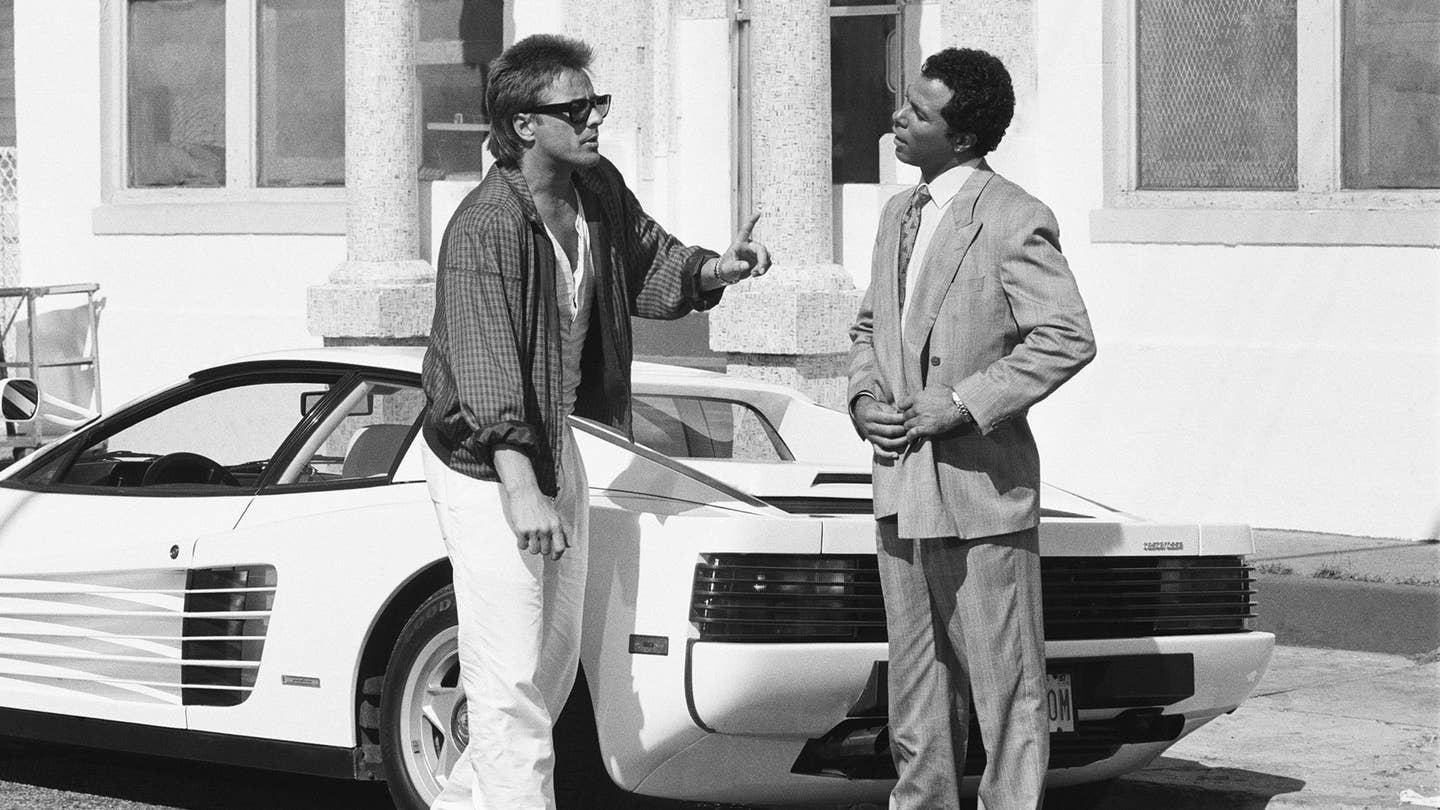 The supercar might’ve been born in the Seventies, but the breed came of age during the Eighties. The decade’s heady mix of greed, lust, speed, and power pushed foreign exotica past excess and into the realm of absurdity. The Lamborghini Countach typified the mindset; the Ferrari Testarossa perfected it. The pastel-spotted image of one James "Sonny" Crockett blasting down Rickenbacker Causeway in a white TR solidified the car’s enduring place in pop culture history. Now, the Miami Vice hero car is going up for sale.

To be clear, this is the hero car, Serial No. 63631. It’s one of two Testarossas that Ferrari provided Universal Studios with for the television series’ third, fourth, and fifth seasons. Finished in black metallic from the factory, the car was resprayed white for its appearance on Vice. (Legend holds that, in an inspired moment, showrunner Michael Mann ordered the new paint color to better reflect Miami’s neon jungle during night driving scenes.) After 65 episodes, the car was retired in 1989 and put into storage the following year, where it remained until 2015.

Even absent small screen pedigree, this Testarossa would still be a seriously appealing proposition. It’s an early "mono-specchio" (read: single-mirror) model, with near-mint beige interior, a five-speed manual gearbox, and just 16,500 miles on the odometer. The horizontally-opposed 12-cylinder is fresh off an engine-out service—no small task, and at $8,000, not a cheap one, either. Factor in the Crockett and Tubbs bonafides, and Barrett-Jackson expects a $1.5 and $1.75 million sale at its Scottsdale Auction later this month. Check out the full listing here.

Driving $2 Million Worth of Lamborghinis in Miami

Watch us tear up The Magic City in four iconic V12 bulls.