The 7 Best Sounding Naturally-Aspirated V8s, According to You

We asked, The Drive readers answered. 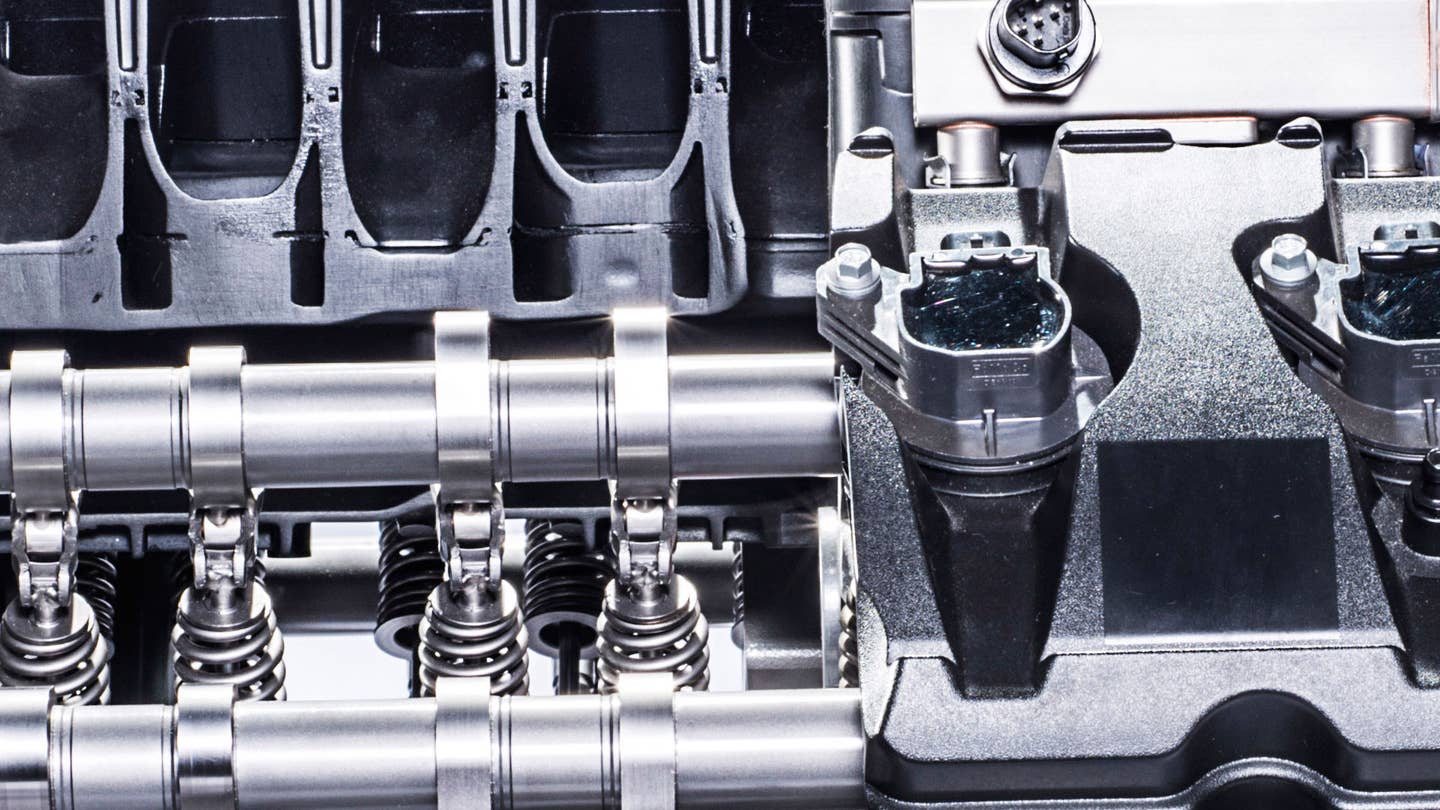 A while back, two editors at The Drive had a spirited office debate about what is the best sounding, naturally-aspirated V8. Unable to reach to a calm consensus (there was talk of trading blows in the parking lot), we decided to turn the question over to you, our loyal readers. Being the delightful gearheads that you are, you did not disappoint. Lovers of exotic imports and the best of America's domestics came out to vouch for their favorite V8 symphony. Here, a definitive list of your submissions, ranked in order by the amount of votes received and liked.

Bringing up the rear is the Maserati GranTurismo. The MC Stradale edition (the one you want) cranks out 454 horses that can rip you to 60 in four and a half seconds. Though not the fastest car on the market, the luxurious engine note from the 4691 cc V8—which previous iterations shared with the (also-nominated) Alfa Romeo 8C—is hard to beat. Listen below:

Coming in just ahead of its Italian sibling is the Ferrari 458. The noisemaker in the 458 Speciale, the best sounding of the stallions, raises hell with 597 horsepower and 398 lb-ft torque. All that power, and 200 pounds lighter than a base model 458, tears you to 60 in a blistering 3 seconds. The Pininfarina-designed car is fast, pretty, and, man, does it sound delicious.

Though Porsche is mostly known for rear-engined, flat-six machines, they did an incredible job with their first crack at a front-mounted V8, the 928, produced from 1977 to 1995. Although horsepower increased over the years, from 219 to 345, little else changed over the 18-year lifespan. Most impressive? This is the first car designed and entirely by Porsche. Though the marque recently found success with front-engined V8s again, with the Cayenne and Panamera, it's the sounds of the 928 that you love most.

Technically these are votes for the naturally-aspirated 6.2L V8, not the car, but we wanted to include a model. That powerplant is the hero in the tire-shredding SLS AMG, where it pumps out 563 ponies. It gets a serious tune for the SLS AMG Black Series, ratcheting the horsepower up to a gleeful 622. The 6.2L beast also makes an appearance in the stealthy yet speedy C63 AMG, though 120 parts were changed under the bonnet. Whether you prefer the sporty, in-your-face application, or the more covert sedan iteration, that one-man, one-engine AMG engine could never be considered noise pollution.

Third place honors go to the BMW E39 M5. Powering one of Bavaria's most iconic steeds is a 4.9-liter, and it does the job so well, every car site has waxed poetic about this car (The Drive included!), but it's pretty justified. How many four-door cars sported eight-cylinders, could carry five people, and tear you 0-60 in under five seconds (back in 1999)? And that throaty engine, with all 394 of its horsepower, sounds majestic.

The Fox Body may not be the first Mustang you think of, but the sound from the third generation Mustang, is second to, in this case, only one. The Fox Body was actually built on the Fox platform, widely used across the Ford and Mercury brands. Though they weren't all produced with V8s, but those that were sounded fantastic. The Windsor V8 was the creme de la creme of the bunch, and, despite being only 4.9L, was badged as a 5.0. But, hey, if it's good enough for Vanilla Ice, it's good enough us. And the 17 of you who voted for it.

When asking a group of car nuts to decide the best sounding, natty-asp V8 engines, two truths become self-evident. It has to be American muscle, and it has to be a Mustang. Pulling in 46 votes, the Mustang GT350 and its R-badged counterpart are the undisputed champs of our extremely scientific poll. With that 5.2L and those 526 horsepower, this sucker absolutely wails. The regular GT350 crests 60 in just 4.3 seconds, and the R clocks in under the 4 second mark. No matter where you're driving this, everyone and their mother will hear you coming. And that's a thing of beauty.

Audi Brings Back the Manual A4 and Ferrari Builds a V8 GTC4 Lusso: The Evening Rush

Plus, a 9,000-lumen flashlight and discounted Fitbits.