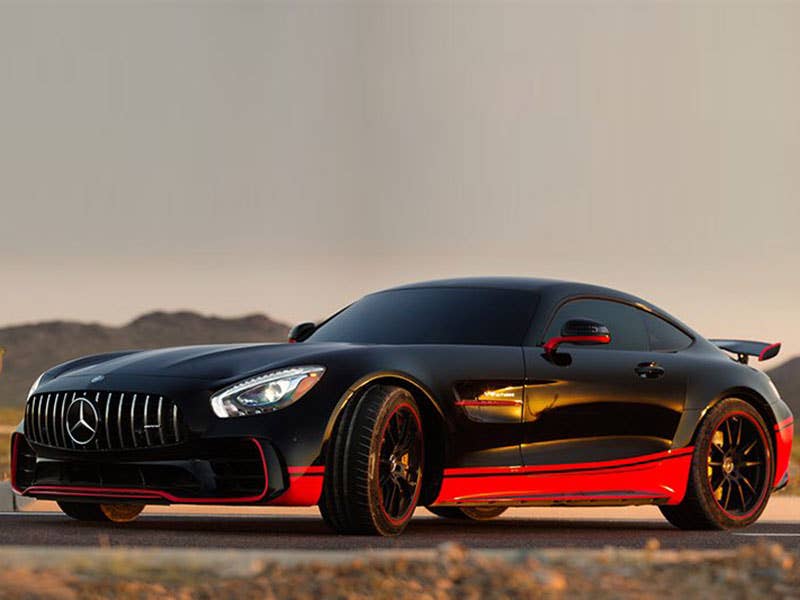 The forthcoming film Transformers: The Last Knight is giving Fast 8 a solid run for its money in terms of impressive four-wheel stars. First, the Chevrolet Camaro was confirmed to again return as the Autobot hero Bumblebee, with an aggressive facelift and accompanying swagger. Next, a bruiser of a Ford Mustang was declared as the new villain, Barricade, the Decepticon masquerading as one hell of a souped-up police car. Now, director Michael Bay has confirmed that the new Mercedes-AMG GT R will join the cast as Drift, the sword-wielding samurai baddie turned good. Previously, Drift was played by a Bugatti Veyron Grand Sport Vitesse.

When Transformers: The Last Night hits the silver screen in June of 2017, expect to hear a ton of new snarling from that latest delightful tri-star, festooned in a comely red and black motif, per a recent Tweet from Bay.

The AMG GT R features a 4.0-liter twin-turbocharged V8 that cranks out 577 ponies and 516 lb-ft of twist, but what those numbers don’t convey is how freaking loud the coupe is. The rasp coming from the reshaped central exhaust ports is unreal. But what’s impressive sound without actual functional capabilities? The Mercedes-AMG GT R’s massive rear wing, wider stance, and gaping, functional front fascia combined with an active underbody aero kit mean give it a lower drag coefficient than it’s big brother, the Mercedes-AMG GT3.

Which muscle or super car would you want to join the Transformers cast next? Let us know in the comments.